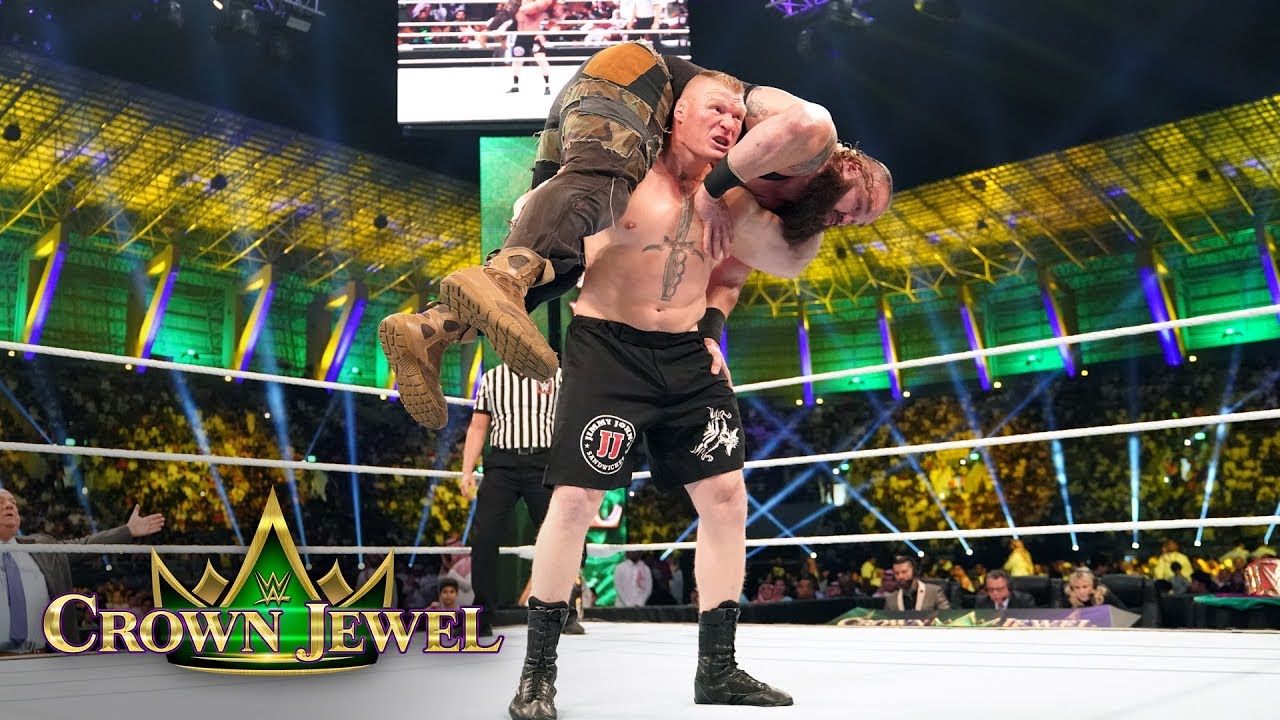 Before Roman Reigns shockingly announced his real-life battle with leukemia and forfeiture of the Universal Championship, the original main event for the Saudi Arabia Crown Jewel pay-per-view was supposed to be a triple threat match with Reigns defending the title against Brock Lesnar and Braun Strowman. However, following Reigns’ announcement, the main event changed to Lesnar vs. Strowman for the vacant title.

At Crown Jewel, Strowman was ambushed by Raw General Manager Baron Corbin by being hit from behind with the Universal Championship. As a result, Corbin was not able to recover from the attack, and although he showed his resiliency by kicking out of multiple F5 finishers, Lesnar executed one-too-many for the Monster Among Men, and became the Universal Champion for the second time.

While this is what the fans saw during Crown Jewel, the original backstage plans were much different. According to Dave Meltzer of the Wrestling Observer Radio, Reigns was supposed to successfully defend the title at Crown Jewel. However, with Reigns out indefinitely, WWE had to make changes which caused a significant amount of money to be given to Lesnar.

“The deal was, when Roman [Reigns] went down, Vince [McMahon] backed up the Brinks truck and felt with Roman gone, they needed Brock. Brock’s last date was gonna be Crown Jewel. Roman Reigns was gonna win that match… that was the plan. But Roman Reigns is out.”

Currently, Lesnar does not have a deal with UFC, neither does he have an exclusive contract with WWE. The projected date for Lesnar to make his UFC appearance is March 2, although there is a show scheduled for February 9 that Lesnar can also appear at.

WWE has quite the interesting conundrum at the time. If they decide to have Lesnar hold onto the title and walk into UFC with both titles, WWE would have a much higher-profile sporting event to be showcased on, which is great for marketing, especially if Lesnar wins. However, the biggest issue is if Lesnar fights just weeks before WrestleMania and gets a concussion, it would severely compromise the status of the title and main event of the biggest WWE show of the year.