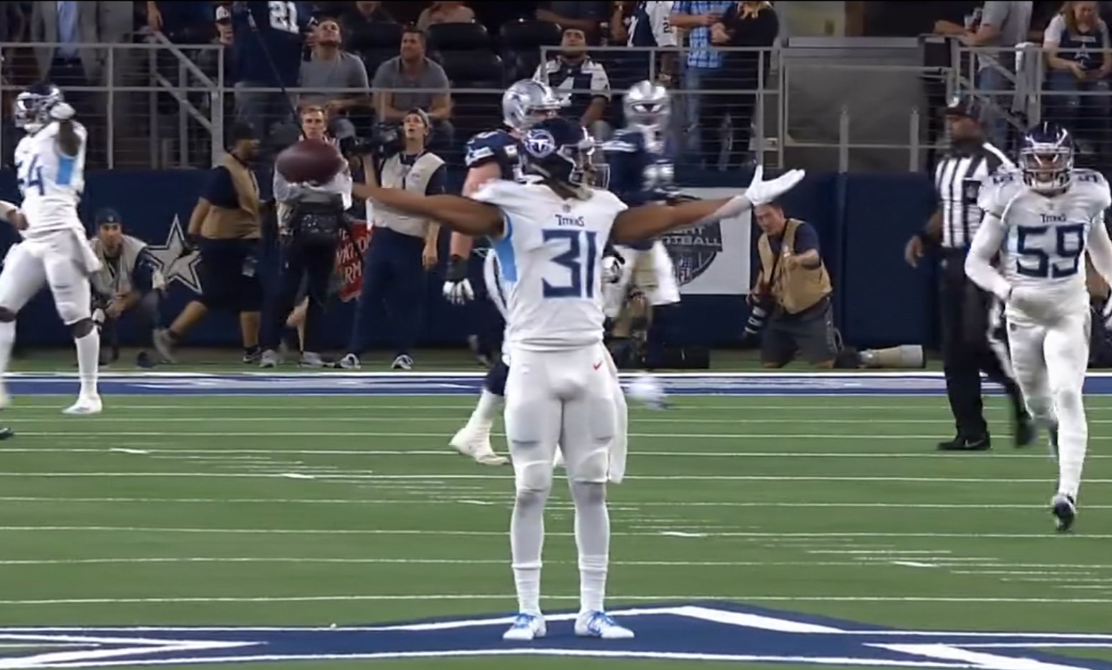 Titans cornerback Kevin Byard trolled the Cowboys in epic fashion after coming up with a big play during Monday night’s game.

The Cowboys were faced with a second-and-goal situation at the time, and quarterback Dak Prescott floated a ball toward the back of the end zone — intended for Amari Cooper. It was an ill-advised throw, though, as Prescott threw the ball right into coverage, and Byard had no problem intercepting it for a touchback to kill the drive.

That wasn’t all, though. Byard celebrated by jogging over to the Cowboys’ iconic star at midfield with the ball, then standing right over it and posing, just like Terrell Owens did in 2000 (as a member of the 49ers).

That’ll certainly fire the Cowboys players and fans at AT&T Stadium up.