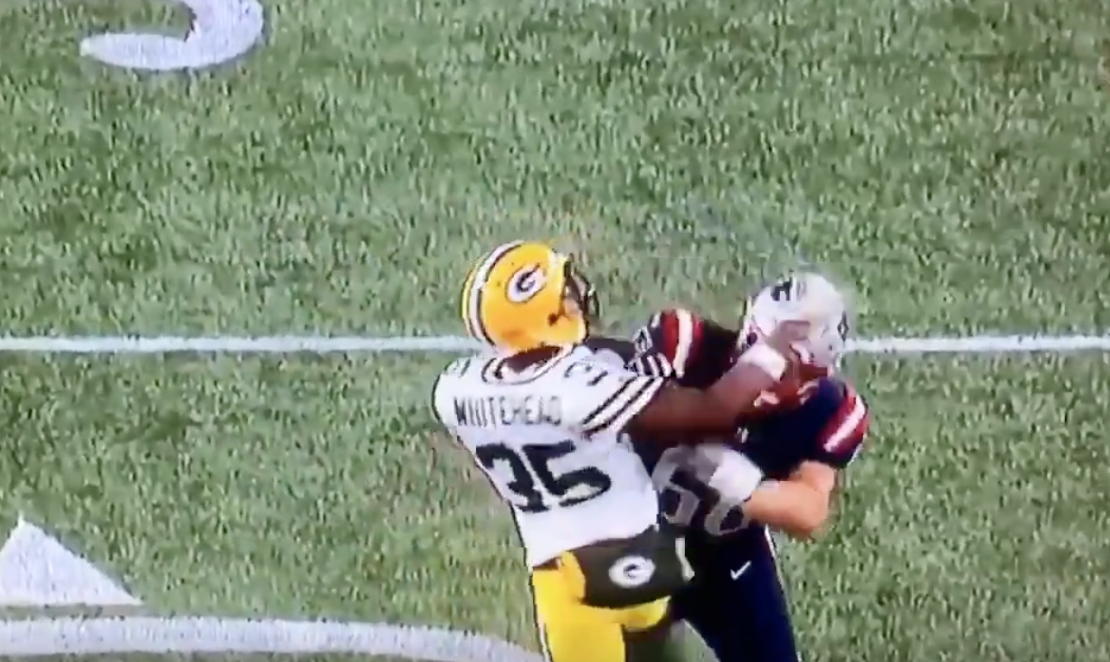 The Packers got absolutely screwed on one particular play in the first half of Sunday night’s game against the Patriots.

The play in question had conspiracy theorists — the ones that claim the Patriots just somehow happen to get a few huge calls to go their way at home, swinging the outcome of games — going nuts.

It happened at the end of a play, when Patriots center David Andrews got tangled up with Packers safety Jermaine Whitehead. Andrews grabbed hold of his counterpart’s jersey, and Whitehead responded him by slapping him in the face.

Whitehead clearly deserved to be flagged for unnecessary roughness which he was, but the ridiculous part of it all was that he was ejected from the game. What an awful call by the officials — a slap is not a punch.