Condors Update: The Kids Are Alright 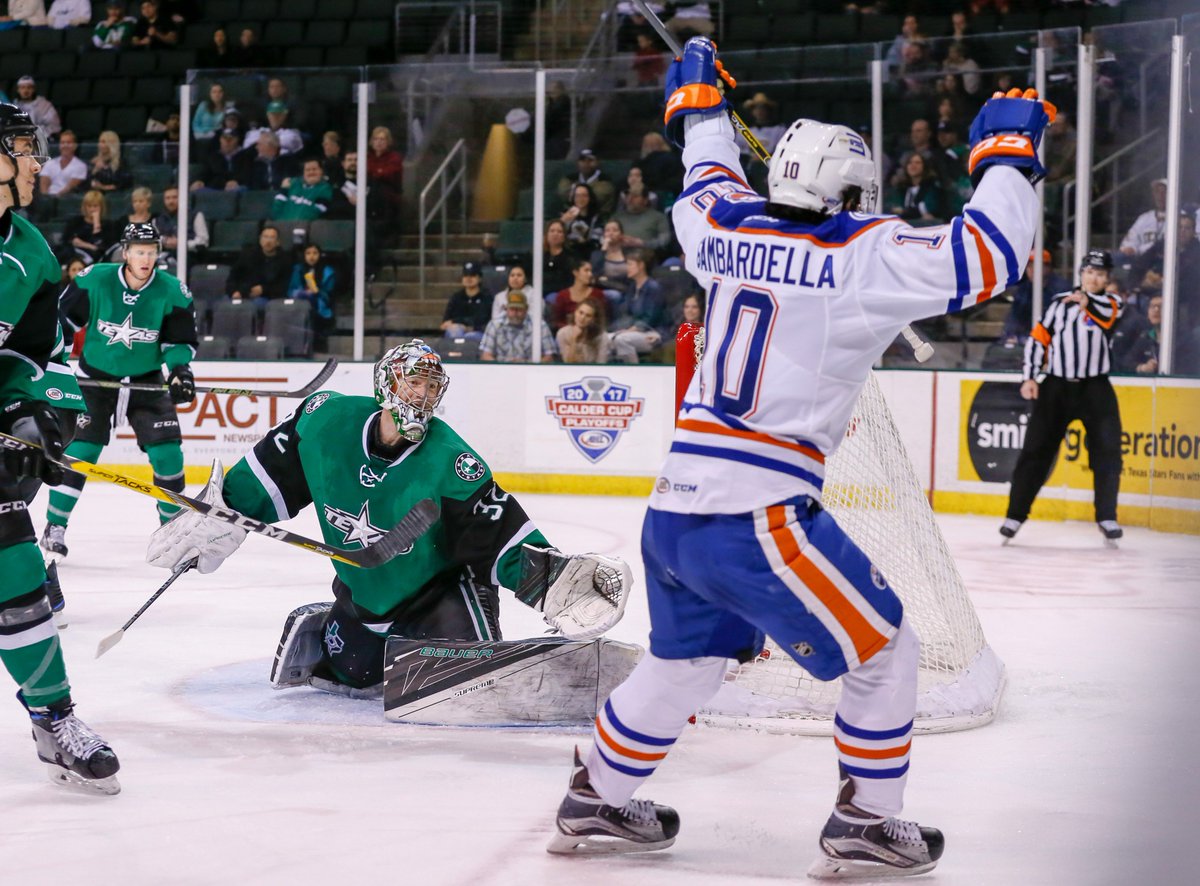 Condors Update: The Kids Are Alright

For the first time in what seems like forever, the Edmonton Oilers have something going on at the AHL level. The team is starting to win games, going 2-0-0 to kick off November, a number of young players are taking key roles and performing at a high level. This doesn’t mean the Condors will compete this season and it doesn’t mean all the young players will make the NHL, but the arrows are certainly pointing up.

The Condors finished last week 2-1-0, falling in a weekday battle before picking up four points on the weekend against a pair of former divisional foes.

The Week That Was:

The Condors opened up the week with a Halloween road trip to Stockton to battle the Heat. After blowing the Heat out in each of the first two meetings, Stockton gave the Condors everything they could handle this time around. It was too much for Bakersfield, as the Heat took this round 4-3. Josh Currie scored a pair, while Patrick Russell scored his third of the season at 14:47 to give the Condors a 1-0 lead at the time.

Stuart Skinner took the loss, making 22 saves on 26 shots against in the 4-3 defeat.

The weekend, however, went a lot better. On Saturday, the Condors hosted the Texas Stars in the first meeting of the year between the sides. Bakersfield was in control from the start, jumping out to a 3-0 lead on goals by Joseph Gambardella, Evan Polei and Braden Christoffer. After the Stars cut the lead to 3-1, Cameron Hebig would score his fifth of the season at 17:41 of the second period to restore the three goal lead.

Erik Condra and Michael Mersch both scored to tighten things up in the third period, but Al Montoya would slam the door shut after that to preserve the 4-3 victory for Bakersfield. Montoya made 27 saves in the victory, while Hebig (goal), Tyler Benson (assist) and Evan Polei (goal and assist) led the way for the Condor offense. Both Ethan Bear and Caleb Jones each added a helper as well.

Sunday, the Condors met the struggling San Antonio Rampage, now the AHL affiliate of the St. Louis Blues. Logan Day scored his second of the season just 6:17 into the contest to give Bakersfield the lead, but the Rampage would bounce back. After tying the game at 17:34 of the first period, former Condor Joey LaLeggia would give them the lead just 3:34 into the middle frame.

Credit the Condors, both young and old, as they mounted a comeback. Brad Malone scored at 19:30 of the second period to tie the game, while Gambardella put Bakersfield ahead for good at 5:50 of the third period.

Shane Starrett got the nod in goal and stopped 21 shots in his return to the AHL. Offensively, both Russell (two assists) and Gambardella (one goal and one assist) led the way.

The Condors will hit the road for a pair of games this week, starting Thursday. They’ll head to Iowa for a pair against the Iowa Wild, AHL affiliate of the Minnesota Wild. Thursday’s game will get going at 11:30 am eastern as part of the Wild’s school day festivities, while Saturday’s game goes at 8:00 pm eastern.

Cooper Marody has played well so far in Bakersfield, and already earned his first recall to the NHL. Cameron Hebig very well could be next. Hebig has ten points on the season, 5-5-10, in nine games played. He’s been a flat out weapon on the powerplay and looks like he can be a player at the professional level.

Tyler Benson isn’t far behind. He’s got eight points (1-7-8) in nine games and has a shootout winner to his credit. Benson’s game is more of a two-way game than Hebig’s, but still effective regardless. Both of these guys are off to great starts and are playing their way into the NHL conversation.

The most impressive performance so far? Joe Gambardella, who has seven points (4-3-7) in nine games and has played a key role defensively up front. Gambardella was a little slow to adjust to the professional level a year ago, but came on and finished the season strong. A good start this year should 100% have him on the radar for an NHL recall in short order.

Benson, Hebig, Gambardella and Marody have all played very well up front to start and should have Oiler fans excited. Defensively, both Jones and Bear have played well out of the gate and look close to NHL ready. There is more talent in Bakersfield right now than perhaps ever before.

Tough weekend in the ECHL for the Thunder, who dropped both of their games. The good news? Wichita was able to collect two points in the process by forcing both games to overtime.

The Thunder fell 2-1 in overtime on Friday night in Kansas City, before returning home and dropping a 4-3 overtime decision on Sunday to Utah. The Thunder and the Grizzlies will meet again on Wednesday morning at 10:30 am local time in the annual kids day game before finishing their three game set on Friday night at 7:05 pm local.

The weekend ends for the Thunder on Sunday when they host the Allen Americans at 4:05 pm. Wichita currently sits sixth in the Mountain division of the ECHL’s Western Conference with a 3-1-3 record and nine points. They are just four points back of Utah, who sits in first place with 13 points.