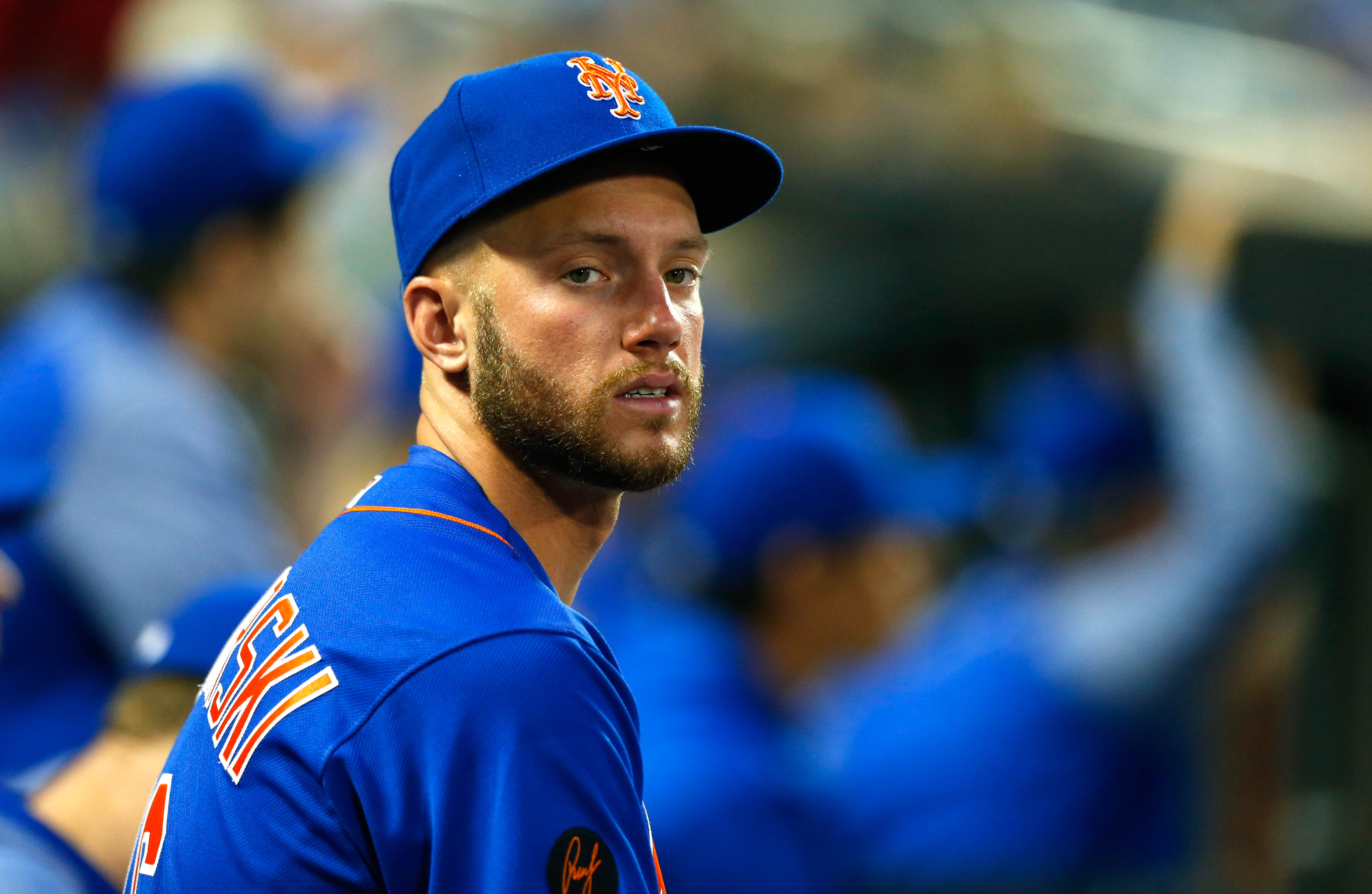 Now that the 2018 season is over for the New York Mets, we have been looking back at the year that was. After taking a more general view of the offense, pitching, and coaching staff, it’s time to take a look back at the Mets’ players. This series will take a look at every player on the roster for the Mets at the end of season from B (Tyler Bashlor) to Z (Daniel Zamora). The review will look at their season statistics, stories, and what role (if any) they will have next season. We continue the series today with a look at outfielder Kevin Kaczmarski.

Story: Kevin Kaczmarski began his fourth season of professional baseball with AAA Las Vegas. The Mets didn’t really consider Kaczmarski for a promotion until late June, when their outfield situation was so dire that they needed a fresh body on the active roster. Kaczmarski didn’t get much of an opportunity to contribute to the Mets, getting in only five games (including just one start) and failing to get a hit in four at bats. The Mets sent Kaczmarski back to AAA on July 10th and designated him for assignment on August 2nd. Kaczmarski cleared waivers and was able to finish the rest of the minor league season in Las Vegas.

Kaczmarski can’t fairly be graded off of such a small sample size, so we will not complete this part of the exercise.

The fact that Kaczmarski got through waivers in August makes it unlikely that he will be claimed in the Rule V draft, so he should be back with the Mets in 2018. Kaczmarski will have to put on a hell of a show in camp to even be considered for a roster spot, but barring that he should start the year in the outfield for AAA Syracuse. A rash of injuries could open up another big league shot for Kaczmarski, but the Mets are hoping that scenario never comes to pass.

Check back soon as our Player Review Series continues with a look at infielder Ty Kelly!