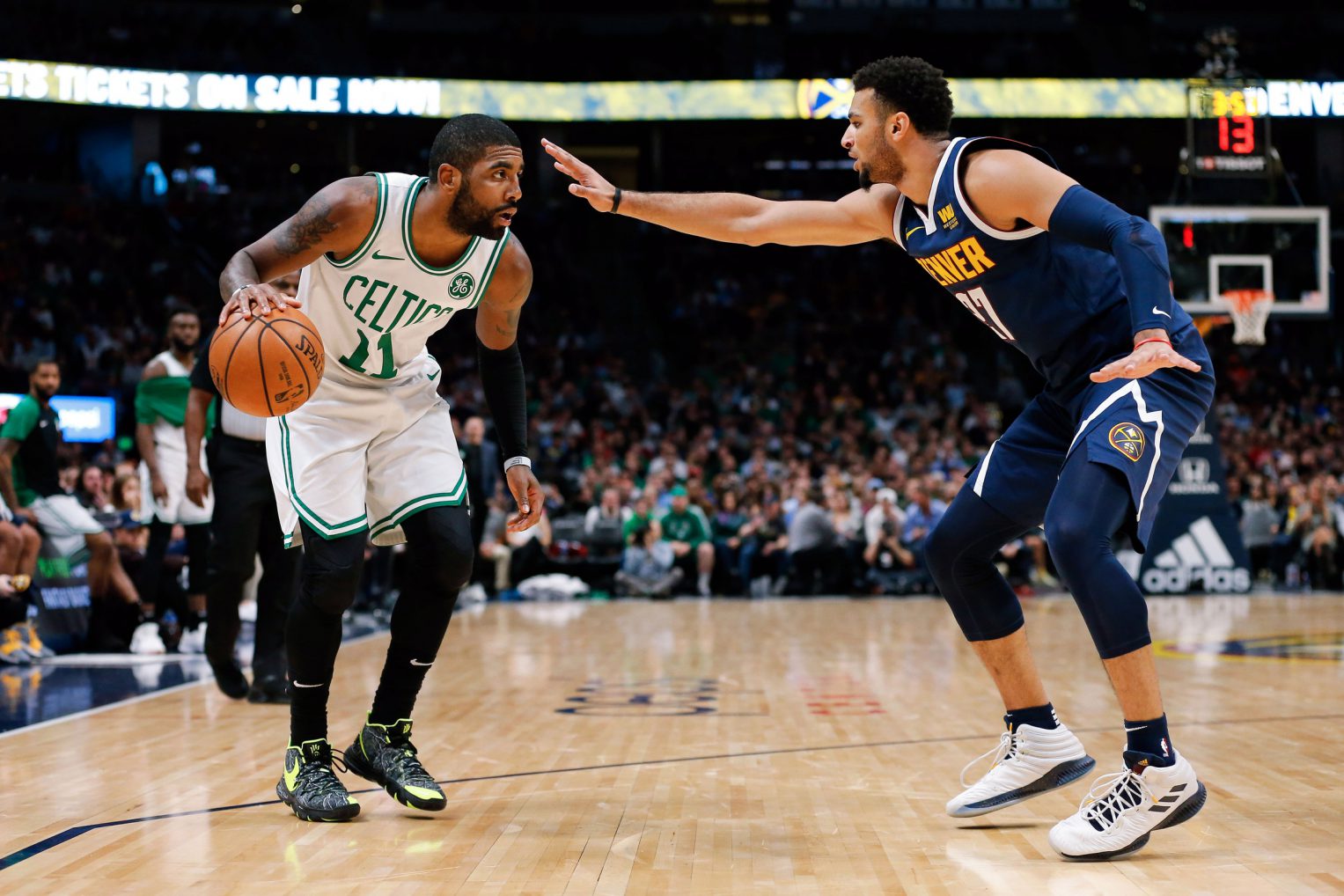 Tonight’s clash between the Boston Celtics and Denver Nuggets was an intriguing matchup to say the least—an unquestionably excellent defense with the former, a remarkable offense from the latter. But early this season, Denver’s defense ranks reasonably well (3rd in opponent points per game and defensive rating…not far behind the Celtics, still No. 1 in both categories) and the offense is potent as ever.

I gotta say that although it ended poorly in a 115-107 Denver win, this was one of the season’s best games thus far, and certainly an instructive loss: Most of Boston’s decisions worked, but the ones that didn’t unfortunately came at the worst possible times.

Time was, I posited the Denver Nuggets as fool’s gold (GET IT? YOU GET IT? BECAUSE THEY’RE CALLED NUG—sorry, sorry about that). Mostly as an admitted overreaction to the team’s premature coronation as the team on the rise, and out of distaste for certain people who were driving that take and may or may not owe their fame in the basketball writing circles by starting as water-carrier apologists for George freaking Karl. But I digress. This year’s Nuggets (and, to a lesser extent, last year’s) are the real deal. Their 8-1 record as I write this is not a joke or a lie. Nikola Jokic is easily in the league’s top five big men and is one of its preeminent passers at any position, while the Jamal Murray-Gary Harris backcourt battery pours on points with ease.

But. The Nuggets defense still suuuuuuuuuuucks like a Dyson fresh out of its packaging, including Jokic. They fold under intense physical pressure, and the Celtics are artisans of physical pressure. Everyone in green and white who hit the floor from opening tip onward applied it relentlessly on Denver. As just one example: Kyrie Irving, of all people, who despite improving is not particularly renowned for defense, was on Murray like glue and hit him up for two steals. The entire Boston guard rotation spent the first quarter and much of the second forcing steals and deflections to cut Denver’s defense off at the knees, while delivering bucket after bucket into their goal from midrange, deep, at the rim, you name it.

If you only watched the first frame, which the Celtics led 34-19, you might’ve already decided this game a done deal. Boston’s ball movement has never looked better this season, and tin the first halfhey largely locked up Jokic, Denver’s most potent offensive weapon. This didn’t stop the home team from making a solid run in the second frame on Murray’s back to come within a tie and establishing a lead from a trey by the intermittently comatose Paul Millsap (Christ, his decline is painful to watch)—before Kyrie got the ball back within the final seconds to stop and pop for a beyond-the-arc answer, recapturing a 56-54 lead at halftime.

The Nuggets retained the momentum they established early in the third frame and did not relent, managing to wrest the lead from the Celtics about midway through the quarter. Murray was seriously on one, but Denver’s whole squad was up for this one and contributed to the outstanding performance, with bench dudes like Juancho Hernangomez and Trey Lyles contributing with offensive rebounds and threes as much as the stalwarts Jokic, Murray and Harris. But can we really be that down about the slight deficit when we

TIMELORD DUNK?! Rob Williams was brought in as a participant in a brief hack-a battle between coaches Brad Stevens and Mike Malone, but the brief time he was fouled nailed one of his free throws and minutes later brutalized the rim with this slam:

That said, between Murray’s intensity in the backcourt and Jokic’s all-around facilitation, the Nuggets found holes within the Celtics’ defensive schemes. They took advantage of lapses across the roster; no one in particular was guilty more than anyone else. About halfway through the fourth, it seemed entirely possible and even probable that Denver might win. It bears repeating that much of the Nuggets’ success is contingent on Jokic contributing with every other aspect of his gamer when his scoring isn’t working. But that should in no way take away from the Denver point guard’s offensive brawn. The young fella was absolutely on fucking fire. He ended the game with 48 points, a career high and the indisputable difference-maker in this contest.

HOT S**T: Kyrie had an excellent game (31-5-5-3-1; continuing his recent stretch of All-NBA-worthy dominance) and so did Jaylen Brown and Al Horford (albeit in less flashy ways; 15-4 plus a steal and 12-4-6 plus a steal, respectively). Overall, the Celtics played well.

NOT QUITE IT: As Brad noted in his postgame presser, much of Boston’s misfortune stemmed from how much attention Murray’s stellar performance drew, but he also noted a number of blown defensive opportunities without singling anyone out. Also, it can no longer be ignored that Gordon Hayward’s offensive struggles aren’t improving as yet. He’s looking like a sixth man who plays spot-starter minutes on that end, even though his rebounds, assists, defensive effort, speed and conditioning all appear solid.

Just a taste of how well Uncle Drew played:

Regardless of the end result, some of the Celtics’ passing looked like the fuckin’ 2013-14 Spurs: