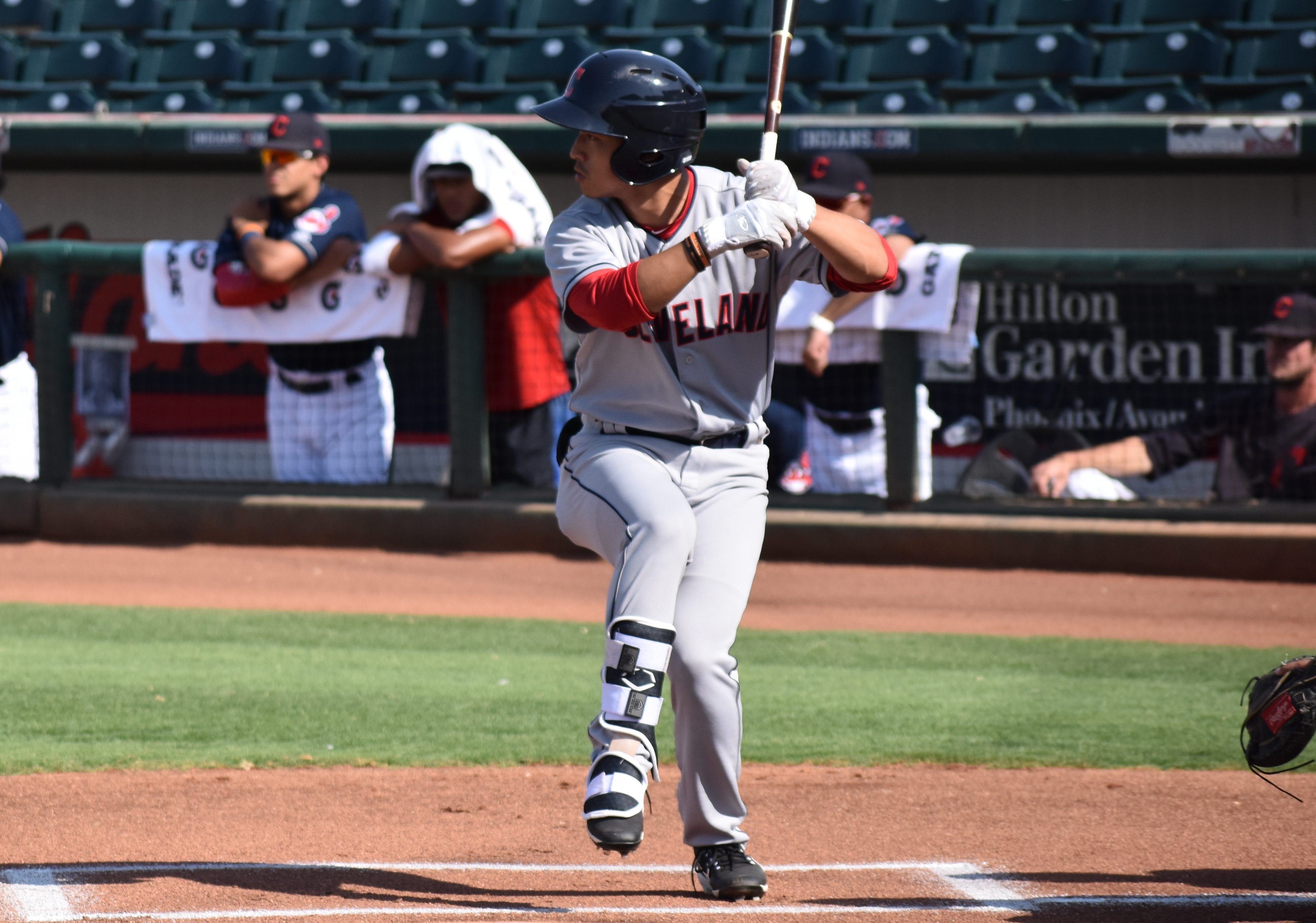 Born in Cuba, Delgado moved to Florida when he was seven and thus was able to be drafted by the Indians in 2018 rather than having to be signed on the international market. A great all around player, Delgado played second, short and third for the AZL Indians, but looked best suited for the hot corner where his strong arm can be utilized. Offensively, he has great plate awareness and his 30 walks helped him reach base in over 40% of plate appearances. He is also a good base stealer and as he grows, could become a power hitter as well.

Mercado will almost certainly play into the Indians MLB outfield plans in  2019, although how much is completely uncertain. Over his career, he’s been a speedster with little power and a low walk rate. He was hitting well with Memphis prior to the trade, however, that could have been partially due to the effects of the high offense Pacific Coast League. Once he reached Columbus, he hit very poorly early on although he finished the year batting .344/.412/.443 over his final 17 games. In the end, he looks like another Greg Allen or Drew Stubbs type center fielder who has almost all his value on defense and the bases. He needs to be on the 40 man roster next year, which is likely the reason that the Cardinals were willing to trade him for a player who may be a little better, but is a few years away and another that is only in rookie ball.

Krauth looks in for the sign during a 2016 AZL game at Goodyear Ballpark. – Joseph Coblitz, BurningRiverBaseball.com

After posting a 1.7 BB/9 in his rookie year, Krauth has not been able to reproduce this kind of command artistry, but has still had an ERA below two in each of his first three seasons including a 1.93 in 2018 between Lynchburg and Akron. There is little variation between his numbers against left and right handed hitters except in his walk rate. It is possible that he is more confident against lefties and thus more willing to throw strikes while he tries to work around right handers.

My personal worry is that he doesn’t have enough velocity to compete at the Major League level, but his great success so far in the minors at every step gives confidence that he is mixing speeds enough to keep batters off balance.

Primarily a second baseman over his minor league career, Haggerty moved to third this year to allow Mark Mathias to stick at second in Akron. Once promoted to Columbus, he moved to the outfield and Haggerty has now played second, short, third and all three outfield positions in his career with more than 20 games at 2B, SS, 3B and left field.

This versatility could be a career saver for Haggerty who has negligible power and saw his speed numbers slip this year. After taking 49 bases last year, he stole just 26 this year, although his success rate remained solid. With enough walks to keep him on the bases regularly, Haggerty can still be valuable, especially as a switch hitting bench bat that can play all over the field and pinch run.

Kwan had an excellent season for the Oregon State Beavers this year before missing time with a hamstring pull cost him both the College World Series and the beginning of the Arizona League. Once he returned, he matched his college numbers in the professional ranks, hitting .346/.469/.442 between Arizona and Mahoning Valley. At Oregon, he had not only an incredible contact rate, but great strike zone awareness leading to 50 walks to just 18 strike outs. That trend continued in the minors as he walked 11 times in 17 games and struck out just five.

In addition to his hitting prowess, Kwan has great speed and was 3 for 3 in stolen base attempts. He has a good arm in center as well, grabbing two assists during his short time with the team. Expect Kwan to advance quickly and to move further up the rankings as we get to see more of him.

There are still some who consider the Indians first pick in 2016 to be a top ten prospect, but a .180/.324/.370 line in single A this year makes that evaluation take a hit. While he has a ton of power when he gets a hold of one, he thinks he can get a hold of them all. As near a three true outcome hitter that exists, he hit a home run, walked or struck out in 51% of his at bats this year.

On the positive side, Benson does walk a lot, is a great base runner for a man of his stature (6’5″, 225 lbs) and a great defender with a cannon for an arm. However, none of that will matter if he can’t even reach the Mendoza line with the Captains.

This ranking may be an overreaction to one good season, but when someone puts a number like 15 next to K/9 and jumps three levels in his second season you tend to take notice. Karinchak had a rather pedestrian rookie season in Mahoning Valley last year that masked a 12.0 K/9 and 3.5 BB/9, but the cover has been blown as he put up a 1.29 ERA with 81 strike outs in 48.2 innings between Lake County, Lynchburg and Akron this year. That means he struck out a full 40% of batters faced in 2018 and recorded 55% of his outs via the K.

Karinchak definitely struggled with control this year, walking 36 in total and 12 during his short time in Akron, but it wasn’t an issue last year, so that possibly had to do with the quick advancement. The Indians have enough quality relievers in the upper minors that he can play a full season in Akron in 2019 to get his command back without hurting the franchise.

While most of the class of 2016 is at least to Lake County by now, Burgos just pitched in his first professional season in Arizona in 2018, ending in Mahoning Valley. He showed a tremendous slider and impeccable command, leading to a 10.4 K/9 and 2.6 BB/9. He throws in the mid/low 90’s and has a full compliment of pitches which should allow him to remain a starter.

Because he was only 17 when drafted, Burgos isn’t behind schedule by age, only by development. If his first season is any indication, he never stopped working while injured and it wouldn’t be surprising to see him skip through a few levels next year to catch up to the rest of his class. Based on extended personal observation of Burgos, I have him ranked second among Indians left handed starters and seventh among all starting pitchers.

While these improvements are impressive and will at least allow him to compete in high A next year, his flaws are still extreme. Defensively, he makes Michael Brantley look like a Gold Glover and he is senseless on the bases. There’s a lot of potential here, but we’re far from ready to punch his ticket to the big league.

Nelson blew the hinges off the Captains bullpen this year with a 25.5 K/BB rate that doesn’t even seem like it should be possible. At the same time he allowed just 28 hits (0 home runs) in 35.1 innings leading to a 0.76 ERA and a promotion to Lynchburg. Once there, he was no where near as dominant, but all his runs allowed came in two appearances out of his ten total.

While effective against all hitters, Nelson had a .184/.200/.224 line against lefties despite a .333 BABIP. Depending on how he plays at higher levels, he could either be a dominant LOOGY or a truly game changing Andrew Miller style pitcher who can hold his own against anyone. At 22, he’s still young for Lynchburg and he could stay there to start next season, eventually reaching Akron or even Columbus in 2019.