Islanders Surprising Everybody with Fast Start 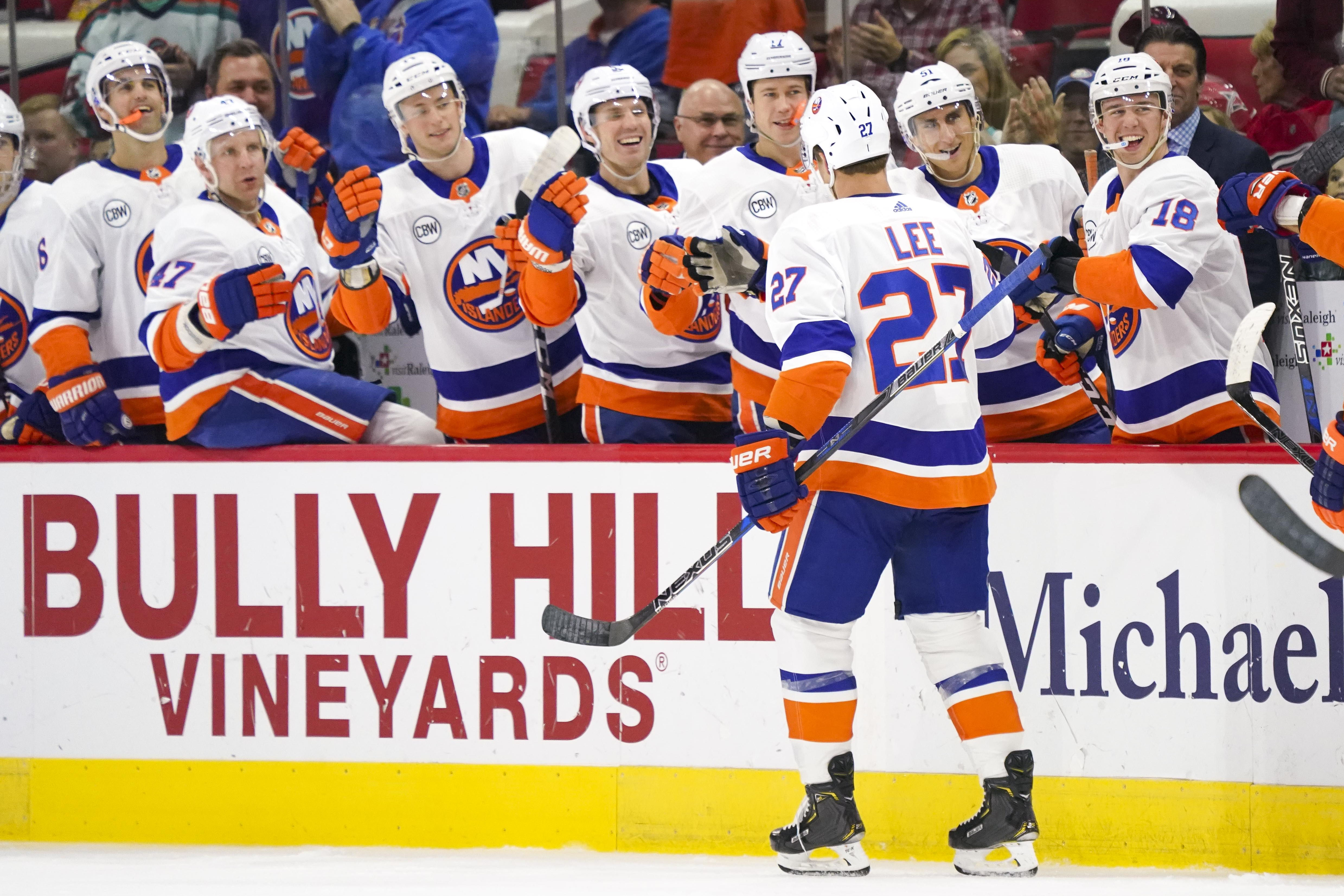 Islanders Surprising Everybody with Fast Start

Here we are, 14 games into the NHL season and look who’s it first place in the Metropolitan Division: the New York Islanders. Yes, those New York Islanders. The team that let John Tavares leave for Toronto in the offseason and got nothing in return. The team that experts said had questionable goaltending and defense and lacked leadership. The franchise that signed too many depth forwards after Tavares’ departure. The Isles are 8-4-2 and are getting solid contributions throughout their lineup.

The biggest difference may be in coaching. Barry Trotz won a Stanley Cup with the Washington Capitals last season and has proven himself a consistent winner over the course of his NHL coaching career. More importantly, Trotz’s system focuses on playing tight team defense, an area that the Islanders struggled with last season.

And it’s not just the defensemen who are committed to improving their goals against, but the forwards who are coming back and playing sound positional hockey in their own end of the ice.

“It’s about defensive structure, but above all it’s about effort and commitment,” captain Anders Lee said. “You can tell it’s there and that every guy takes pride in it. It comes from the coaching staff, it comes from what they demand from us, and what we demand from ourselves. What we want to achieve every night is to be good defensively.”

The Islanders are also getting much more consistent goaltending thus far this season. The duo of Thomas Greiss and Robin Lehner have both played exceptionally well thus far. Both goalies are 4-2-1 on the season and they each have one shutout. Greiss has a 1.98 GAA and a .940 save percentage. Lehner’s GAA is 2.45 while his save percentage is .928.

The team has been pleased with the play of their two netminders. “Both guys have done a great job,” veteran forward Josh Bailey explained. “It just brings a lot of confidence to us and a lot of belief that we’re going to get the job done when those two are playing the way they have been.”

While the players were quick to point to the strong play of their goalies, Greiss was quick to credit his teammates. “We have great structure this year and just playing well as a team,” he said after a recent shutout win over the Devils. “We played a really tight game. They didn’t have much for me to stop. They didn’t really have any rebounds, so it helps a lot and makes me look good.”

While both Lehner and Greiss would love to start the majority of their team’s games, they are happy right now splitting time. “It’s a really good partnership,” Lehner admitted. “If you look at the league these days, you need two good goalies. You need both goalies going as good as you can at all times.”

Meanwhile, with Tavares now in Toronto, the Islanders are getting balanced scoring throughout their lineup. The Isles have four players with at least five goals, top-six forwards Anders Lee and Brock Nelson and bottom-six players Casey Cizikas and Valtteri Filppula. Meanwhile, Josh Bailey and Mathew Barzal are already past 10 assists in 14 games.

The start has been good, but as every fan knows, the NHL season is an 82-game marathon, not a 14-game sprint. The Islanders need to play good defense and get consistent goaltending over the long haul, not just in the first six weeks of the season. Still, the team is off to a strong start and the fan base has reasons for optimism.