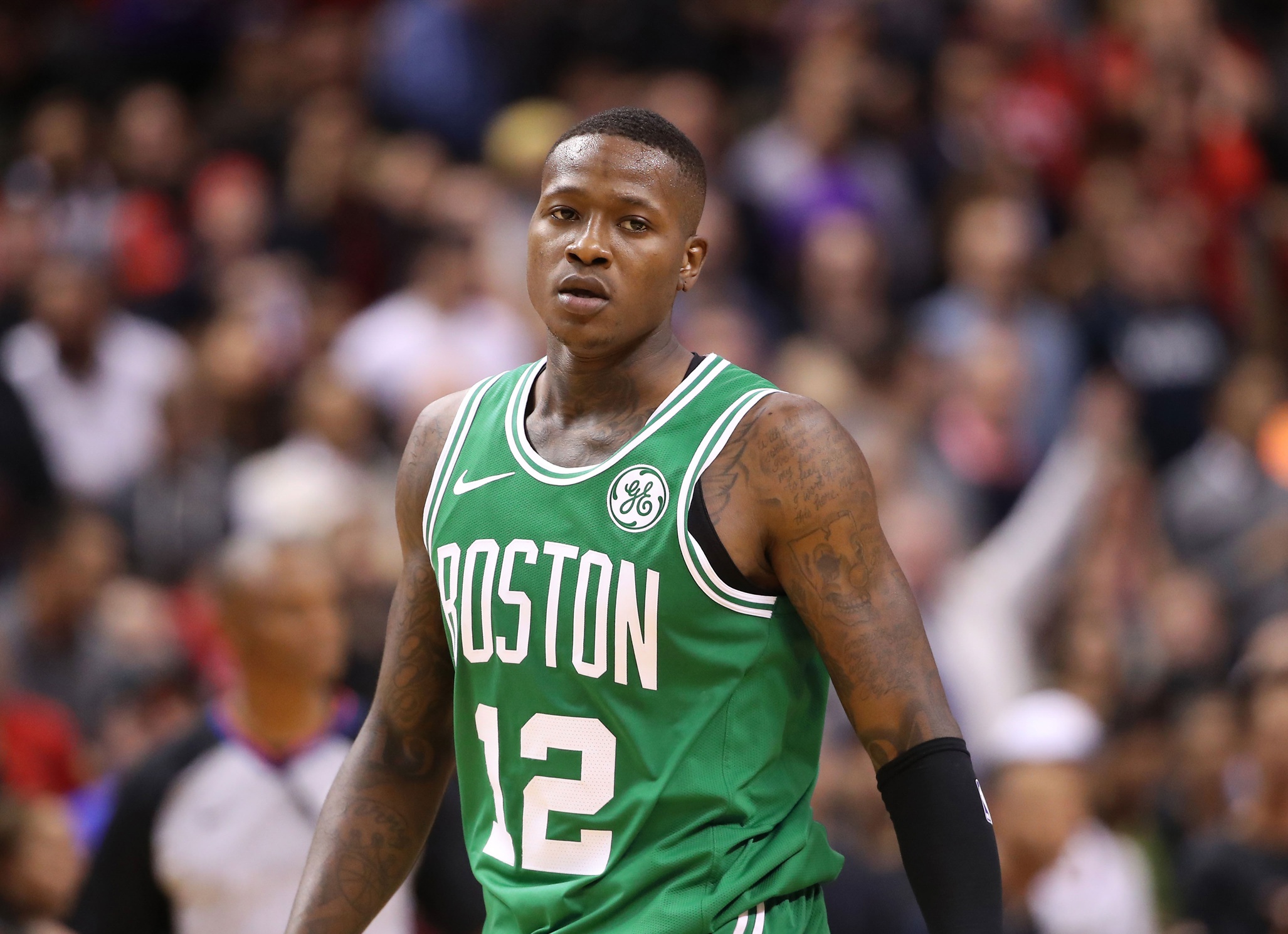 I’m taking this one with a giant grain of salt, but here it is.

Unexpected early-season Celts subplot: Terry Rozier (restricted FA next summer) has been unhappy w/ his PT all season, word has gotten around the league, and everyone now knows the Celtics need to trade him… which, of course, makes it harder to trade him.

I don’t know how true this is. I don’t know if Bill Simmons is calling around multiple sources to confirm this information or if a couple of his friends in the league are feeding him something and he’s stirring the pot.

I do know that we’re only 10 games into the season and this would fly in the face of what Terry Rozier said just about a month ago about not being worried about returning to his role as a backup.

In fact, I’ve said multiple times on the Locked On Celtics podcast that Terry Rozier has been handling himself extraordinarily well publicly and that he his willingness to accept this role and do and say the right things only helps his case in free agency.

There’s no doubt he wants to play more. I’m pretty sure everyone on the Celtics bench would love to play more. When they’re winning, there’s not much anyone can say about it.

However, as I wondered in the pre-season, the biggest question was always going to be how do the guys who want more minutes react when the Celtics aren’t winning?

A couple of weeks ago, Rozier addressed his reduced playing time

“It’s not the easiest,” Rozier said. “Me being a competitor, me being who I am, wake up every day and want to be the best I can be. Want to win and everything, it’s tough when I don’t get the minutes that I may want, like last night for example. I didn’t play that many minutes, but like I said, Coach does not have the easiest job. He has the toughest job out of all of us. I can respect that. I control what I control. I still come in every day, bust my butt because I know it may be different on Thursday.”

There is definite frustration there. At the same time, there’s an understanding of the challenges at hand.

So… what do the Celtics do with Rozier? According to Shams Charania, they have options.

Quietly, at least seven teams have been monitoring Rozier’s status this season, league sources told The Athletic, waiting to see if the Celtics could begin to field trade calls. The Phoenix Suns have aggressively pursued Rozier, even before firing Ryan McDonough as general manager, league sources said.

Nevertheless, Boston appears content with its roster, and who could blame them? Celtics general manager Danny Ainge and his front office staff have built arguably the deepest roster in the Eastern Conference and anywhere in the league outside of the Bay.

Trading him is an option. They could move him and bring back young talent or someone who’s fallen out of favor with his current team. Let’s look at the challenges with that, though.

Rozier is in the final year of his rookie deal and is earning $3,050,390. I think we can all agree that he’s now pretty under-paid. Someone will pay him eight figures per year this summer.

That’s always put the Celtics at a bit of a disadvantage in a trade since there are salary matching rules that apply. If Rozier is worth more than the $3 million he’s getting paid, then the Celtics will want what he’s worth. The Suns, for example, have no one on their roster to send over in a straight up deal except Dragan Bender, who I suppose could fit the “fallen out of favor with his team” slot. The Celtics would need some kind of additional compensation, like a draft pick and cash, to even give this idea a second thought.

The Suns aren’t exactly willing to give up a high draft pick for Rozier, especially if it’s clear Boston won’t re-sign him anyway. Rozier will be a highly sought-after option for teams needing a young guard. The only reason to trade for him now is if a team values him so highly that they’d want the inside track on signing him… and I doubt that exists.

So even if Rozier is privately upset, which again, I’m still skeptical about, there’s very little recourse for the Celtics unless he’s so upset that he threatens team chemistry.

What makes the most sense for both sides is to play this season out and figure out what kind of role fits Rozier best in the minutes he’s getting.

The reason Rozier is even in this position at all is because he filled in so nicely for an injured Kyrie Irving. That put the ball in his hands for 30+ minutes per game, which is THE number of minutes Rozier the point guard needs if he’s going to be effective.

I’ve said this since Rozier took over for the injured Kyrie last season… Rozier is a lower efficiency shooter who needs minutes to get going. In first quarters last season Rozier was a 28.1% three point shooter. In fourth quarters, it jumped to 39.5%. His low efficiency is compounded by the fact that he is not the best finisher at the rim, he doesn’t have the best court vision in the world, and he routinely misses passes and misfires on lobs. None of that is a secret.

So now there’s a little bit of a dilemma. Rozier as a starter is not a bad option if he’s got the ball in his hands for 30+ minutes a game. Rozier off the bench is probably not great in that role.

It’s increasingly being suggested that Rozier move to more of an off-ball role with the Celtics to allow him to be more of a catch-and-shoot option, where he actually shoots a bit better than his pull-ups. The Celtics can have Gordon Hayward initiate the offense because he’s not only a capable ball-handler, but one of the Celtics best passers.

This might be the best way to alleviate some of whatever frustration might exist with Rozier. Frankly, if the ball is moving like it should, the person initiating the offense isn’t the most important aspect of the offense anyway. It’s like saying the lead-off hitter in baseball only leads off once…. it’s important to set up the offense but once the offense is flowing and ball is popping, everyone should be driving and passing.

This type of story was always going to be Brad Stevens’ biggest challenge. If it’s real, then he’s got egos to manage and a fire to extinguish. If it’s not, then he’s got to square away some things in the locker room to make sure everyone knows it’s not real, and then he’s got some public relations to deal with.

There’s no doubt there’s a little frustration from Rozier. That’s understandable, especially with some struggles from the Celtics recently. I don’t personally believe there’s much to this, but it’s hard to be 100% sure. One thing is certain, though… if the Celtics start winning, a lot of this frustration will go away.