Tips Before Tipoff: Clippers at Blazers 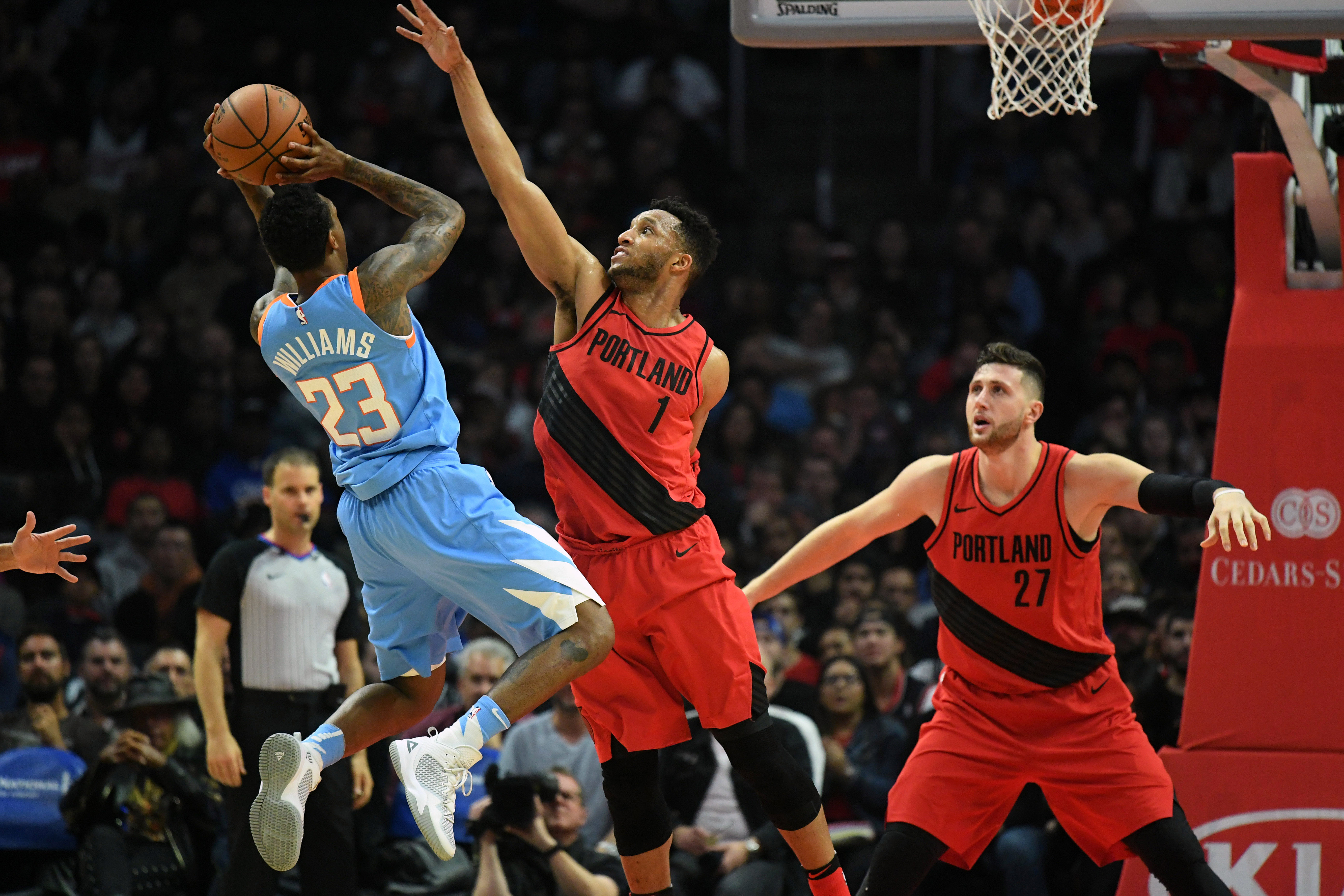 Tips Before Tipoff: Clippers at Blazers

Tomorrow, the Clippers play their hardest challenge of the season, the Portland Trail Blazers. The Blazers are in the midst of a two-game winning streak since losing against the Lakers, and they still look as good as ever. If Avery Bradley was healthy, this would have been the perfect game to unleash Clamp City. Unfortunately, the Clippers will most likely be without the services of Bradley, and Shai Alexander will face the tall task of guarding Damian Lillard / CJ McCollum. CJ is fresh off of scoring 40 points in a terrific win against the Milwaukee Bucks.

.@CJMcCollum was IN HIS BAG tonight with a cool 40 piece on a Tuesday. pic.twitter.com/qcP2DASMb1

That being said, it’s going to take a team effort to take down the Blazers. That team effort is going to consist of doing a collective job of rebounding the ball, and interrupting the Blazers’ offense.

The Blazers are a tremendous rebounding team. They hold the top two records for most rebounds in a game, at 70 and 66 rebounds. That rebounding prowess has made them the second best rebounding team in the league, at 51.8 RPG. Portland is a top ten team at gathering offensive rebounds, at 11.5 RPG, which is something LA desperately needs to prevent. The Blazers are are the 7th best scoring team in the league, but ranked 28th in the league at moving the ball; meaning, the Clippers can’t let Portland get any second chance opportunities or easy opportunities at the basket.

The Clippers will need to interrupt the Blazers’ offense in order to win this game. Considering that Portland is bad at moving the ball, that means the Clippers can take the risks to double team CJ or Dame. The Blazers can both score, and shoot the ball well (9th in the league), so it’s okay to take the gamble until it no longer works. Despite not moving the ball well, Portland doesn’t particularly turnover the ball much (14 TOVPG), meaning they have fantastic individual scoring. It’s a strategy the Clippers have done before, but they need to make sure players like Aminu are the ones that beat them.

Wild Card Prediction: The Clippers will win the game if they can stay within 7 rebounds of the Blazers, and hold either CJ or Dame to under 20 points.

Tips Before Tipoff:
1) Rebound the ball
2) Interrupt the offense