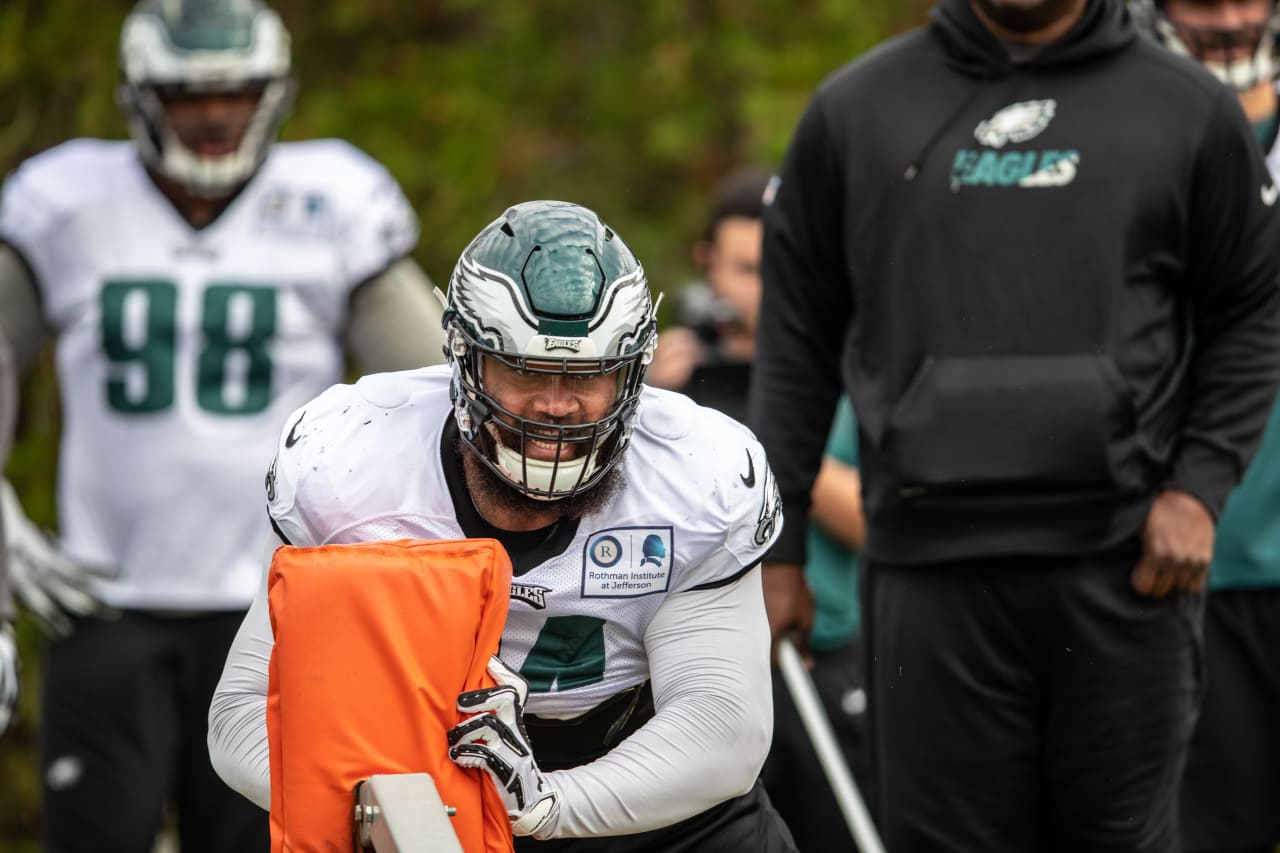 Everything came together at the right time for the Eagles on their special 16-3 winning record run to the Super Bowl trophy last season.

This year it seems like we’re Black Friday shoppers angling for a “special” discount deal at the local Walmart. Clipping coupons, scrambling for position in a long line at the checkout counter…

Anyway, we as fans seem to have adjusted to the precious nature of the “repeat” concept. It ain’t likely, it’s hard to do. Change was inevitable.

But here we are. At 4-4, if we can knock off the Cowboys at home, suddenly we’re back in the post-season discussion, thanks largely to the fact that the NFC East is a division mired in mediocrity so far in 2018, and also thanks to the fact that this team hasn’t played its best football yet. True believers can be excused for thinking the best is yet to come.

The caveat is, of course, we gotta beat the Cowboys. If we stumble, all bets are off. Our guys know that. They are aware that we can’t afford to drop a stinker in the tub this coming Sunday night. That’s a symptom of reverse pressure on a team that’s favored to win. It’s one thing to be the underdog-motivated performer…it’s probably more difficult to perceive yourselves as the favorite in this current circumstance.

To paraphrase Dallas beat writer Tom Ryle, sometimes you as a football team can become a victim of your own success. The Eagles are fighting this concept as we speak, and need a win on Sunday to cool down the nagging ulceration of post-success letdown.

As Tom Ryle puts it from the Dallas perspective, just two years ago, the Dallas Cowboys were the hottest team in the NFL. With a pair of rookies leading their offense, they tore through the regular season and looked to be on their way to the Super Bowl until Cowboys nemesis Aaron Rodgers and the Green Bay Packers derailed things in the playoffs. But the future was so bright. Dak Prescott won Offensive Rookie of the Year, Ezekiel Elliott would have been the choice if Prescott had not won it, and a new award was invented to honor their offensive line for its dominance. The coaches that had worked this near-miracle after Tony Romo was lost in preseaon, Jason Garrett and Scott Linehan, were coming back for more, Garrett with a shiny Coach of the Year award.

Then the 2017 Eagles happened. The Cowboys for a variety of reasons fell apart in response.

Now the Cowboys find themselves on the brink of a full collapse. Nothing seems to be working. Monday’s loss to a Tennessee Titans team that was in much the same position as Dallas going into the game has effectively crushed any hopes of getting into the playoffs. The team is facing hard questions. Jerry Jones was visibly upset after that MNF loss, and while he is vocally denying that any more coaching changes are coming before the end of the season, he was noticeably ambivalent when asked about his support of Garrett and Linehan.

Our ownership and our management are visibly smarter football-wise than that of the Cowboys, but the Eagles need to seize the opportunity on Sunday night to prove it.

At least we are not saddled with the ego of a huckster like Cowboys owner Jerry Jones. He blames everyone but himself for the current Cowboys recession. He seems to equate his ancient ability to make millions of dollars in profit off his ‘Boys in the state of Texas to actual football expertise.

And then he says:

“This business of how we operate, what we do, how the decisions are made with the Dallas Cowboys, anybody that thinks that it’s any different and I’m ultimately not making the decisions has to think twice. I do make the ultimate decisions there.”

Jerry is not going to fire Jerry. He may retire someday due to health concerns, but he will not step down from his GM title because the team is doing poorly.

But Jerry was fooled by his team’s success in 2016.  The success of 2016 was largely the result of his Cowboys having new and therefore unpredictable components in the offense. By 2017, that was no longer true, and combined with other issues, led to a decline that is not only continuing, but may be accelerating this year. Garrett and Linehan also failed to see this coming, even after what happened last year. The rest of the NFL adjusted, and they did not.

Ironically, this type of blind eye to adjustment is exactly what the Eagles are needing to overcome right now in a follow-up season to greatness. Fortunately for us, there is still time to cross the fine line between what worked last year and what needs to work this year. Jerry and his minions just couldn’t grasp the dimensions of that task. I have a bunch of confidence in our own brain trust that they do understand the task at hand. Sometimes it comes down to who is humble enough to accept change. If that is a true statement, I believe that we are way ahead of the curve set by Jerrah. A big win on Sunday night would go a long way to proving my point.
*   *   *   *   *   *   *   *   *   *   *   *
Brisuksegg Fantasy Football League update…..