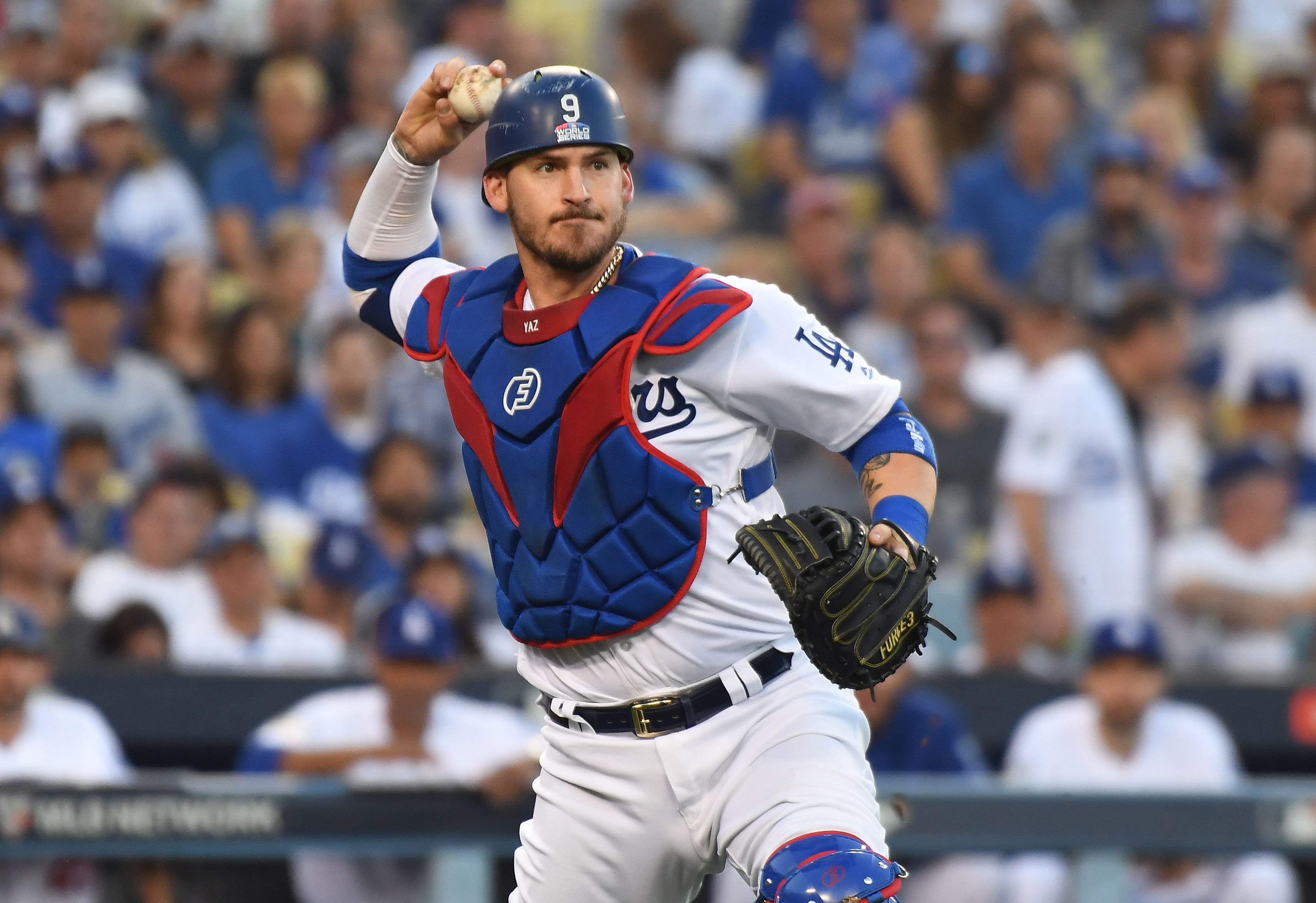 If one thing has become clear in the brief tenure of Brodie Van Wagenen, it is that he is not satisfied with the New York Mets’ catchers. The Mets have been linked to trade rumors for J.T. Realmuto already and have now demonstrated interest in free agent catcher Yasmani Grandal, Jon Morosi of Fox Sports reports. The Houston Astros have also been linked to Grandal, who has received a qualifying offer from the Los Angeles Dodgers. Any team that signs Grandal would be required to forfeit a compensatory draft pick, although that pick would not come in the first round.

In 140 games for the Dodgers this season, Grandal batted .241 with 24 home runs and 68 RBI’s while getting rave reviews for his defense behind the plate. Grandal, 30, had a bad slump in the playoffs and briefly lost his starting job to Austin Barnes but got back in the mix during the World Series. If the Mets are interested in seriously improving up the middle, Grandal would be the guy to target since he would only cost money and one draft pick as opposed to the several prospects it would require to pry Realmuto away from the Miami Marlins.

Grandal will reportedly command a three year contract, although baseball insider Jon Heyman noted in an appearance on WFAN today that Grandal could end up with a four year deal. That would be a wise investment for a catcher of his quality as Grandal represents a massive upgrade over the combination of Travis d’Arnaud and Kevin Plawecki. For a franchise that hasn’t had an elite catcher since Paul Lo Duca, Grandal makes a ton of sense.