Your Morning Dump... Where the architect won't stop designing any time soon 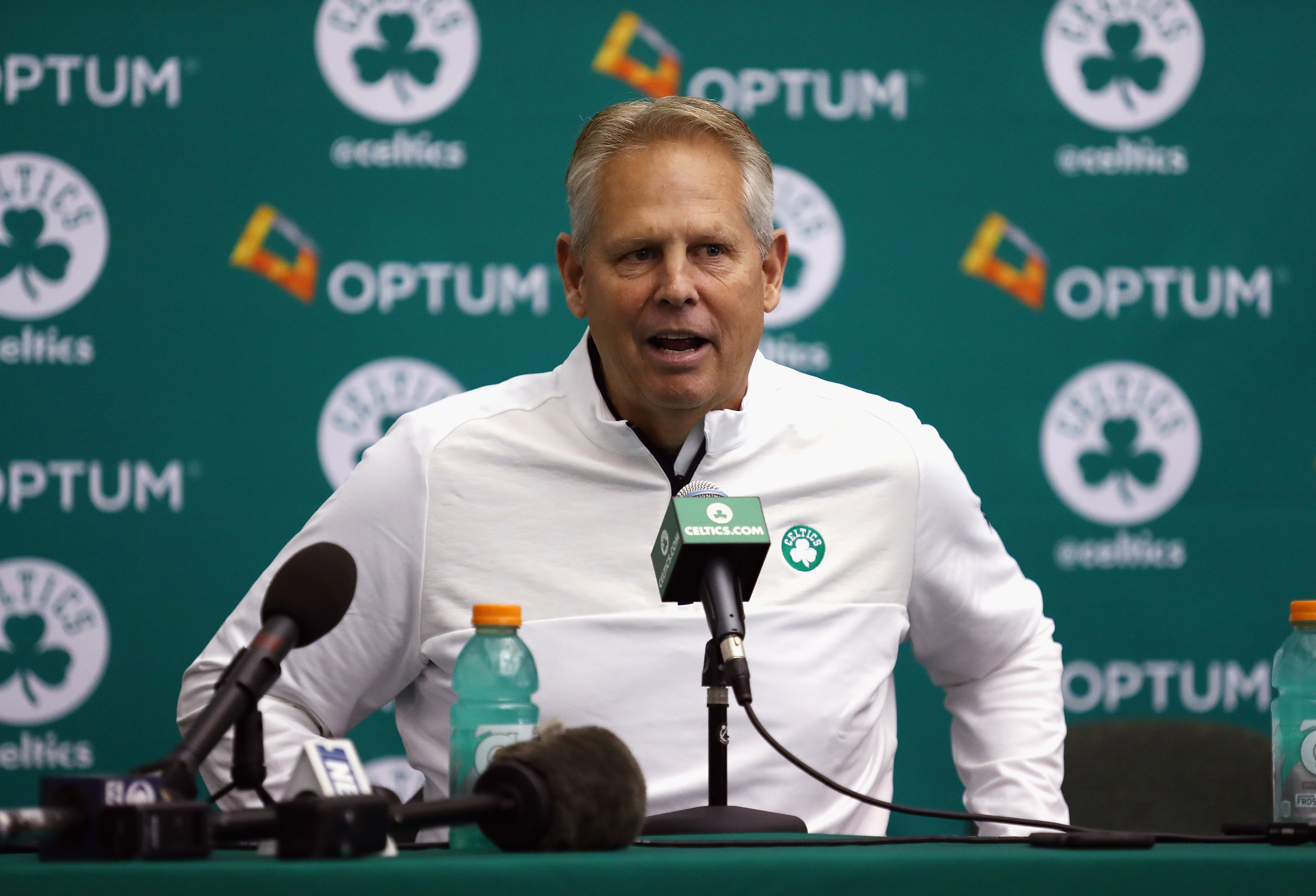 Your Morning Dump... Where the architect won't stop designing any time soon

“I love doing what I’m doing, and I feel like working with the people that I work with is a lot of fun. We get along great, and I think it’s just really unique in the NBA and in professional sports, for that matter, to have the relationships that we’re talking about between ownership, coaches, players, management, and I feel like it’s just a really unique situation and I’m having a lot of fun doing it.”

There was no grand plan for his career arc. The plans have been limited to where the Celtics are now and where he needs them to go. That’s why he couldn’t have comprehended the present back in 2003.

“You know, I don’t know. I’m not sure what I thought then,” he says. “I’m not sure what I guessed. Heck, when I was a player, you don’t know from year to year, and I feel like this is the same in this job. I mean, I’ve heard people that have worked in NBA front offices tell me that when they’ve been fired that, you know, they don’t ever want to work in basketball again. You know, they’re so soured by it.

“But my experience has been completely different. I developed a really good relationship with all of the ownership group, and I’ve been very fortunate. I’ve had two really good coaches that have been a blast to work with. And now we have a new facility and a really young and energetic staff that keeps me on my toes, and I feel like we have things under control. Our medical staff has quadrupled in size, and our players are really well taken care of.”

Herald — Evergreen: Danny Ainge is in it for the long haul with Celtics

While Danny Ainge’s once blonde hair is now dotted with salt and pepper, his youthful grin belies his near senior citizen status. It’s hard to believe that I, at 31 years old, was a high school junior when Ainge took over as GM of the Celtics.

I still remember standing on the basketball court during first period gym class my junior year, slack-jawed while talking sports with friends, trying to understand why our new GM shipped Antoine Walker out of town for Raef LaFrentz.

The Celtics would then get bad (really bad) before they got good again, and it was easy to imagine a world where the Cs ownership group sent both Ainge and his hand-picked coach, Doc Rivers, packing.

Now? Could you imagine the Celtics without Danny at the controls? In an NBA where player movement is the norm, some front offices are a mess and rumors of discontent churn out of the mill seemingly every day, the Celtics are as stable at the top as any organization in sports.

I’m sure Danny, a competitive MF’er, planned on winning here and staying for as long as possible, but his post-playing career had been marked by inconsistency up until his introductory press conference in Boston. He knew it could only be a brief stint at the head of the league’s most storied franchise. Things have a funny way of working out, and 15 years later, Danny’s here to stay as long as he wants.

All I’m asking for is for Ainge to see us through one more rebuild. But the way he has this team stocked for the near future, he might have to make it to his 90th birthday in order to do it.

On page 2, the evolution of mid-range Morris

Some​ of​ Marcus Morris’​ former​ Pistons​ teammates​ still pay tongue-in-cheek homage​ to​ him​ at practices. They will whip out one of​​ his trademark moves and let everyone know they’re attempting a “Morris Shot.” Usually — well, nearly always — it’s a pull-up jumper from near the elbow.

“That’s my dude,” said Detroit’s Ish Smith, pointing out the exercise is all in good fun.

Still, their homage speaks to the reality that the scouting report on Morris has long been predictable. Before a recent game, Smith provided a rundown of exactly what move the veteran Morris would pull off in certain situations — then, about an hour later, was proven right when Morris scored on him with the same spin move Smith had foreseen.

Morris said he dropped about 10 pounds this summer and worked diligently on improving his catch-and-shoot 3-point stroke. Morris knew that with all of Boston’s talent, he would need to thrive off the ball. He currently ranks 15th among all players with 7.2 points per game in catch-and-shoot situations, and has shot 53.2-percent on those attempts.

“I just think maybe it was a little different in (Detroit),” Smith said. “Because what we asked him to do when he was here was so much midrange, so much isos, and then down the stretch get the ball to Reggie (Jackson) and he would spot up.”

The Athletic — In Detroit an ‘homage’ to the old, predictable Marcus Morris lives on. But in Boston, he’s evolving fast

I’m glad we’re not the only ones as fans that can anticipate a “Morris shot.” Marcus has the ball at or just inside the 3-point line on the left side of the court, and once he starts his dribble you sort of know what’s coming.

I’ve joked with friends this year that Morris could be playing with the ’92 Dream Team and he’d still get tunnel vision in this situation. Two or three dribbles, and a lightning quick gather into his shot. If he’s got it going, you can’t argue with the mid-range 2, but if he doesn’t, or if the offense has been really humming, it can be infuriating.

Mook has been fantastic this year, providing the Cs some offensive juice when it hasn’t looked pretty collectively in the early going. But it’s hilarious that old teammates can crack jokes about Marcus’ offensive game the same way we do as fans.

Tonight in Phoenix, a place that Morris doesn’t always dwell on fondly, expect him to let it fly.

SI: Don’t panic: The Celtics offense will click in due time