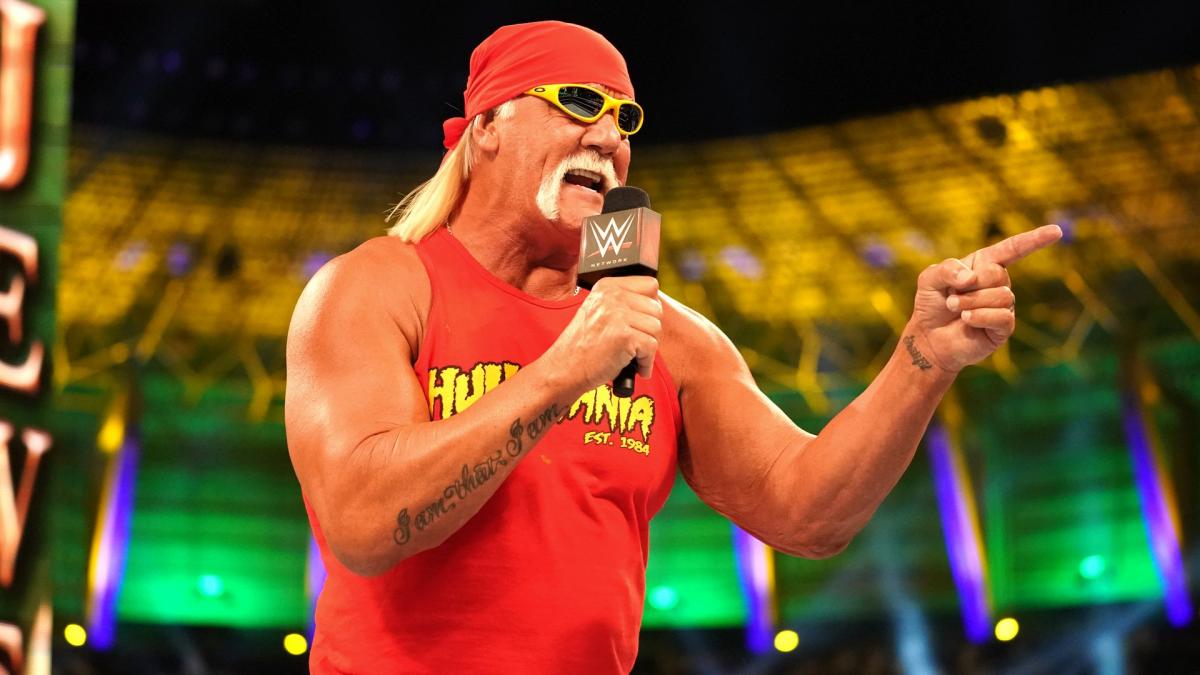 Hulk Hogan recently made his return to WWE programming when he kicked off the Crown Jewel Event on November 2. The former 12-time world champion had not appeared at an event since 2015 but fans knew it was only a matter of time until he came back.

Hogan’s return immediately sparked a debate among pro wrestling fans online as it pertains to his future. Is Hulk coming back for another match? At age 65, would Hulk even want to climb back into the ring once again?

The Hulkster is surely very aware of these debates and he is currently having a bit of fun with it on social media. The first shot was fired by Hogan as the Tweet that recently made headlines seemed to take a jab at WWE’s current locker room.

Ok, today is a new day. After seeing myself on Crown Jewel I have decided to get serious and get under 300lbs. I looked huge, swole, jacked and my arms are still bigger than most wrestlers legs. I don’t want to look like I can beat up the whole @WWE roster anymore. Only Love HH

One member of that locker room decided to fire back. Rusev responded to Hulk’s Tweet and made it clear that he was having just as much fun doing it as Hogan was.

I think you should start with me!!! WM35 falls on #RusevDay https://t.co/8rgET5Umin

Rusev did not seem to be speaking in character though there’s no way to truly know if that’s indeed the case. It was nothing more than an innocent Twitter exchange and The Bulgarian Brute has been known to spar with other Superstars in the past.

Rusev is one of the most popular Superstars in WWE thanks to the Rusev Day gimmick. That gimmick put him back on the map and he recently turned babyface as a result.

But the Twitter conversation did not end there. Hogan responded to Rusev and though the tone seemed serious, it was obvious by the end that cooler heads has perhaps prevailed.

.@RusevBUL You are no different than all the other giants that have tried but at least after I defeat you I will have a new manager brother Crushamania. HH https://t.co/erFVTEGPl4

But is it possible that Hogan and Rusev could battle at WrestleMania 35? More importantly, would WWE fans want to see the two men trade hands in the ring? Hogan is older and has slowed down quite a bit but if Rusev took all the heat during the match, then it’s entirely possible that Hulk could indeed have one more WrestleMania moment left in him.

Hogan’s three year departure from WWE came as the result of a sex tape scandal in which he also made racist comments. The controversy caused WWE to remove him from the Hall of Fame and break all ties with him.

JTG: Let's Forget That Hulk Hogan Said The 'N' Word – But Let's Focus On Something Even Worse

WWE brought Hogan back in July of 2018 however and reinstated him into the Hall of Fame. Now that he’s back in the mix, it’s unknown what plans the company may have for him in terms of a WrestleMania match.