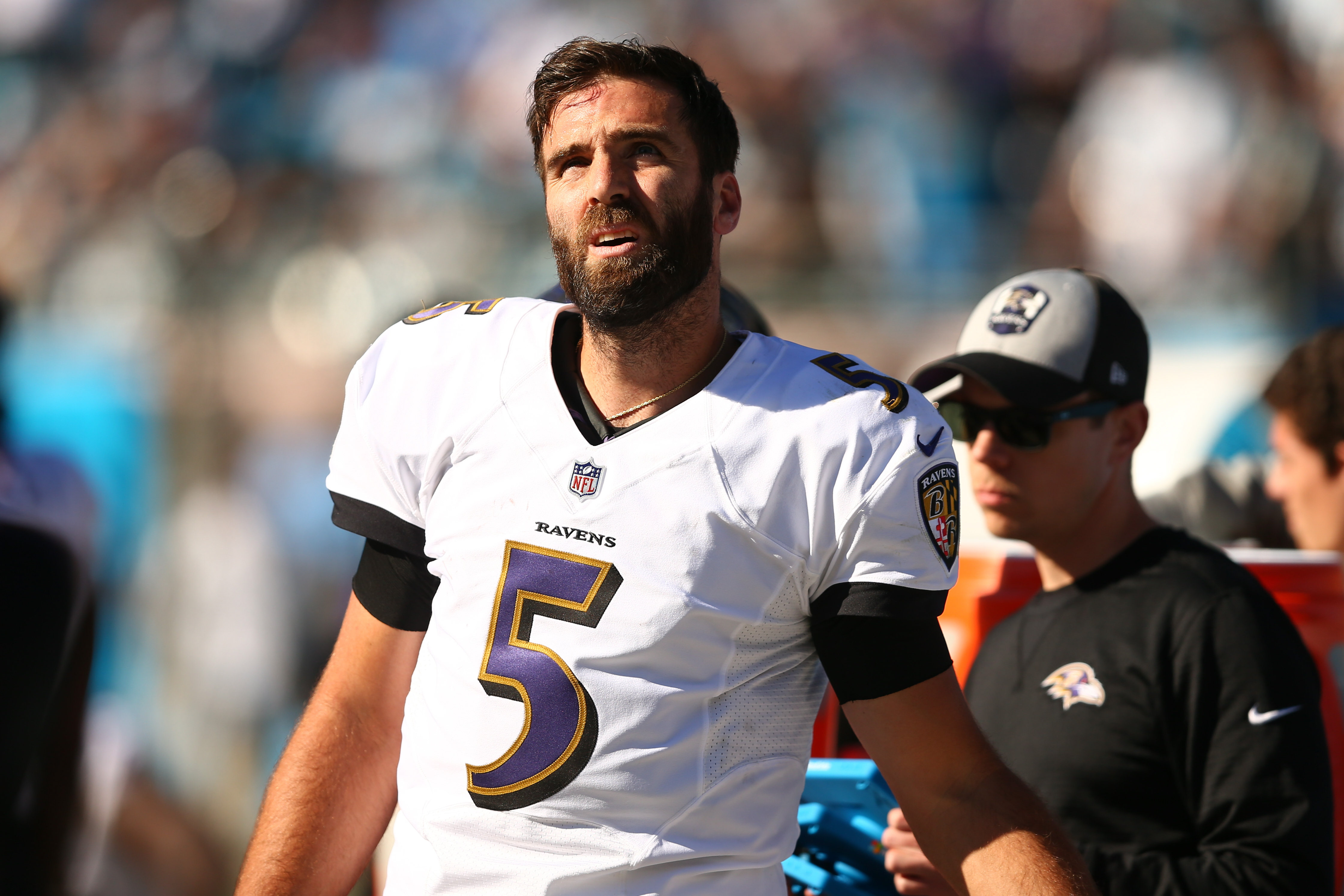 There’s been some talk about a possible quarterback change during the bye week for the Ravens, with Joe Flacco looking mediocre, while first-round draft pick is waiting in the wings.

Head coach John Harbaugh is firmly on the hot seat, and there are rumors suggesting he may not even finish the season. In that same breath, there’s also talk about the quarterback change, which, reading the tea leaves, seems like it may be coming from ownership, since Jackson is the “flashy” type.

It’s fairly obvious Harbaugh has wanted to stick with Flacco, but the veteran quarterback’s ailing hip may force him to make a change. Jeff Zrebiec of The Athletic reported that Flacco is dealing with a hip injury, and that his Week 11 status is in jeopardy. The game isn’t until Nov. 18, so nothing has been finalized as of yet, but we have to imagine Jackson is taking a lot of reps with the first team in practice, just in case.

Jackson has completed seven of 12 passes for 87 yards (one touchdown) so far during his rookie campaign, but he may be given the opportunity to throw a lot more in the near future. And if he does get the nod, and plays well, it’s possible that Flacco may not get his starting job back.