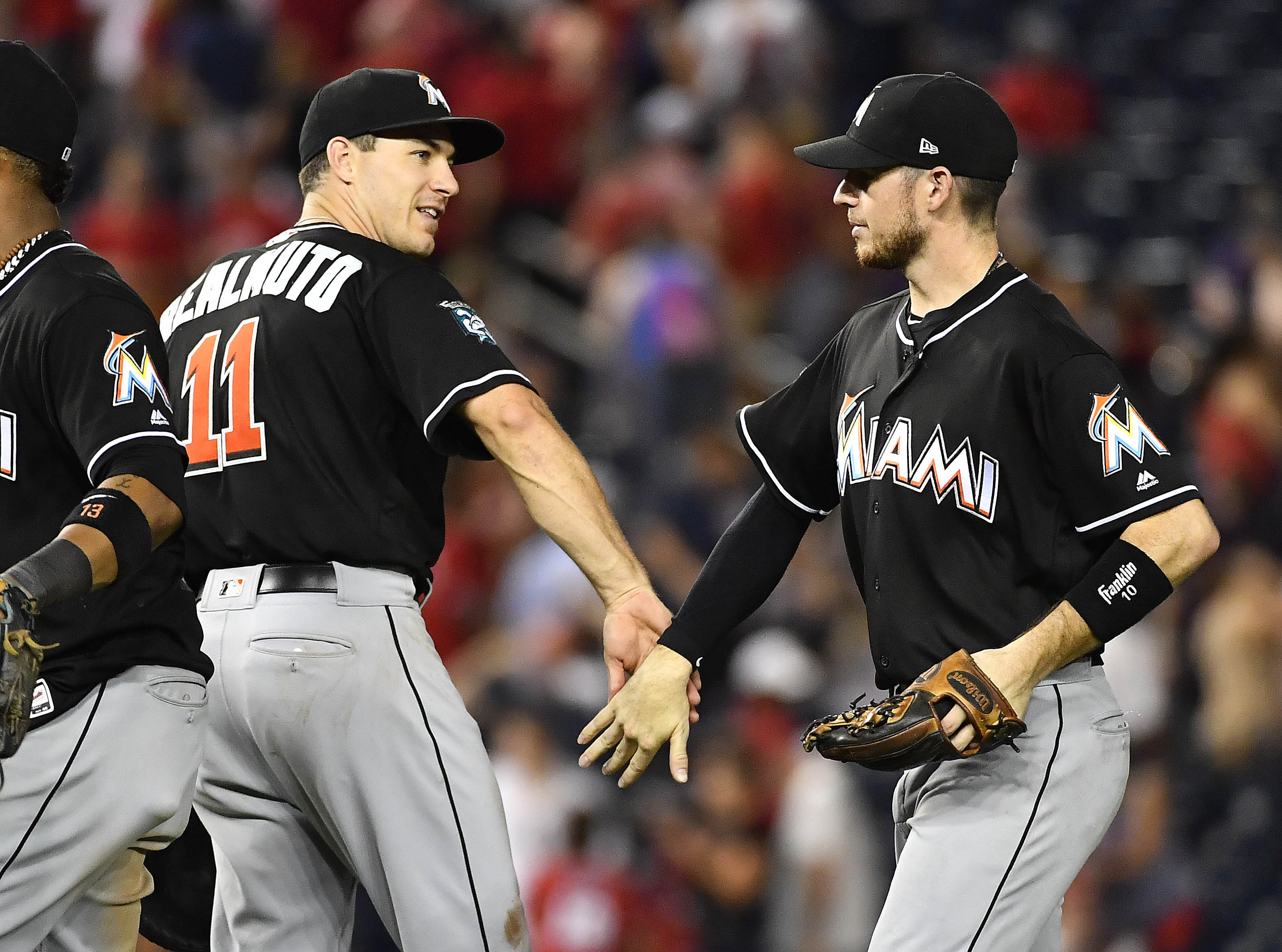 The Marlins are currently in the midst of rebuilding — again — so the veteran talent on the roster is available for trade.

New owner Derek Jeter has made it clear that he’s looking to change the culture, and that anyone not in the future plans could be in the move. The team essentially had a fire sale over the summer, moving a few reliable relievers, as well as MVP candidate Christian Yelich,

The Marlins also traded to move JT Realmuto, but nothing came to fruition. It appears they’re still looking to trade him, but this time during MLB’s Winter Meetings. And given how persistent the Marlins have been in trying to trade Realmuto, we do believe it’ll happen in the near future.

Realmuto addressed his current situation in speaking to the Associated Press.

“It’s not a discussion for me to have, honestly,” Realmuto said Friday from Tokyo. “It’s not my decision whether I get traded or not. It’s up to the Marlins. Whatever they want to do with me, that’s up to them. So for me, there is really no discussion to be had. My job is to show up and play baseball.”

Realmuto is saying all the right things, but we have to believe he wants to be moved — away from this dumpster-fire of an organization, to an actual contender.