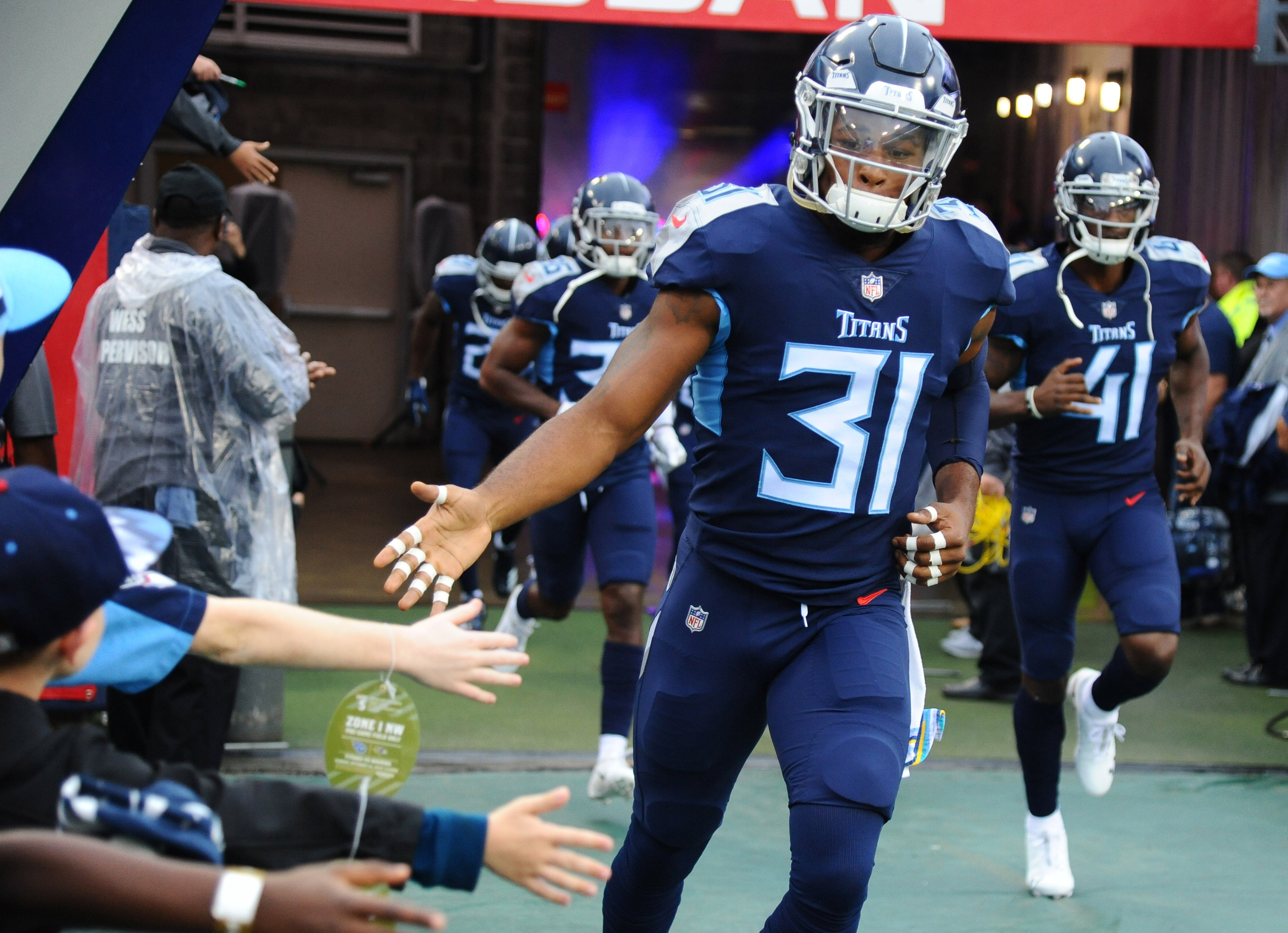 Titans safety Kevin Byard is outspoken, and has been known to stick it to his opponents when he gets the opportunity, as NFL fans witnessed on Monday night, when he posed on the Cowboys star after recording an interception.

Byard was scolded by head coach Mike Vrabel for his actions, and he was also fined $10K by the league on Friday, but he’s not shying away from voicing his opinion about how he feels heading into Sunday’s matchup with the Patriots.

It’s unclear if Patriots tight end Rob Gronkowski will play in the game, as he’s listed as questionable, due to ankle and back injuries, but Byard is apparently hoping he does. Byard told reporters he wants a “piece of Gronk” if he plays, and also shared some other thoughts on the matchup.

Byard also elaborated on how Gronk fits into their strategy on defense.

“We all want a piece of Gronk. But in the end, it’s not just about Gronk. It’s about winning the game,” Byard said. “It’s about doing what we have to do to win the ballgame. If he plays, he plays. We’re going to try to do our best to stop him. But if he doesn’t, then we’ll lock everybody else up.”

It would be great to see Gronk play, as we’d love to see him matched up against Byard on Sunday.