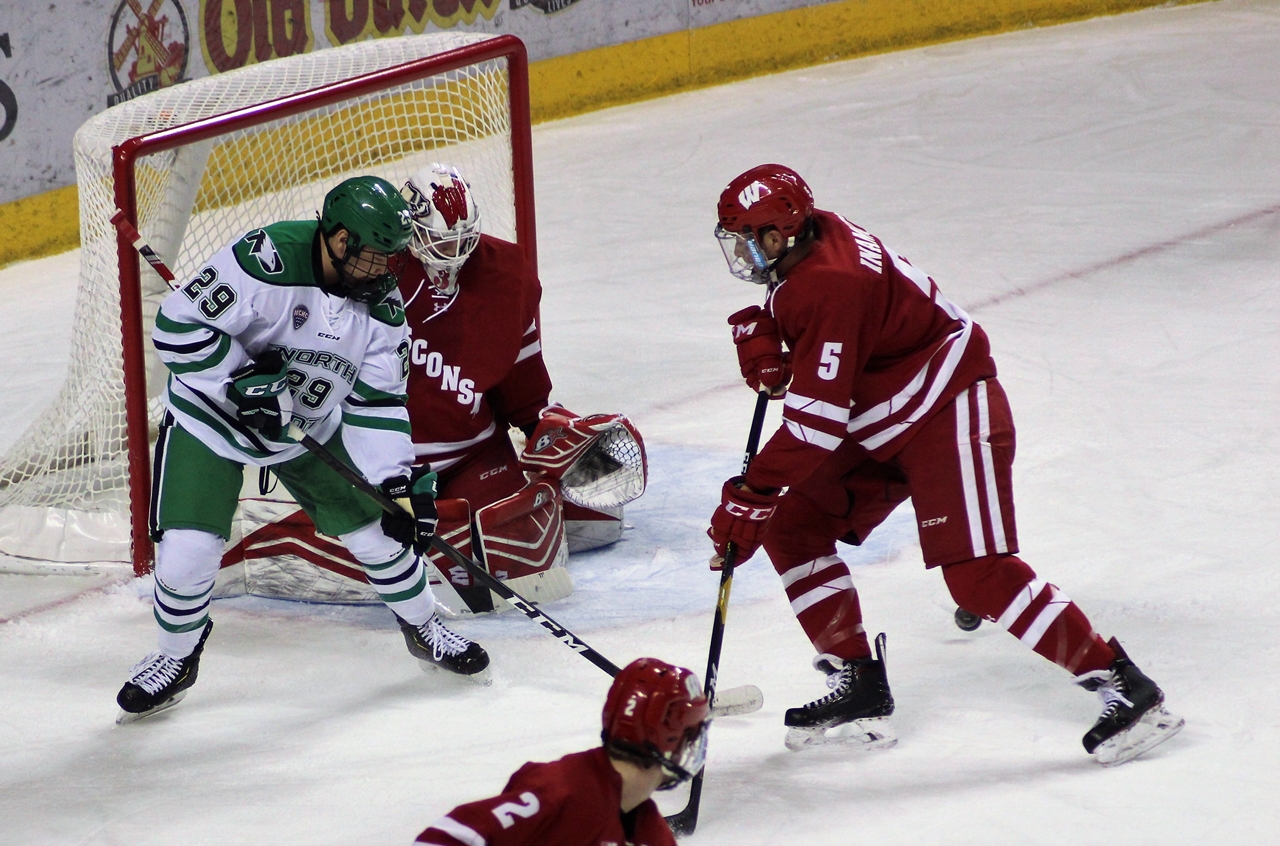 Last February, the University of North Dakota hockey team was sitting on the Pairwise Rankings bubble. UND desperately needed to win a couple of games to make the NCAA tourney. With their playoff hopes on life support, UND chartered to Oxford, OH to take on the Miami RedHawks in an important two-game conference tilt.

When it was all said and done, the Fighting Hawks laid an egg (3-4 L, 2-2 T). UND returned home with a single conference point. That series cost UND a chance at making a 16th straight trip to the NCAA tourney.

Fast forward to the present season. UND has won three of the last four games in the third period or overtime. Suddenly, the UND hockey team has won four games in a row. Moreover, UND is winning games they would’ve lost last season.

Head coach Brad Berry said that last year’s results are being used a motivating factor for this weekend’s series. They’ve looked at what happened last year against the RedHawks.

“We talk about turning the page and starting on zero,” head coach Brad Berry said. “We’d be remise if we didn’t bring up the Miami weekend early this week and we did with our guys. (Last season) we left two points on the table that we dearly needed. We needed those games and we didn’t get them. That was a culmination of us not making the national tournament.

“So, yeah, we went to past, to that weekend as far as reliving it, and talking about it, making sure we’ve got to be dialed in and focused. Because again, we don’t want to be looking at the second half of the season saying, woulda shoulda, coulda. You have to make sure that you address it right away and the focus has to be there.”

“Definitely wasn’t our best series,” sophomore forward Jordan Kawaguchi said. “Kind of some bad memories. We needed those two games. It definitely hurt us. Coach Berry addressed that. Let’s put that behind us and go get two wins this weekend. Take it one game at a time.”

No one should be confused. Last season didn’t sit well with the UND hockey team. They’re very focused on the task at hand. Get two wins.

“Again, we’re playing against the Miami RedHawks who are playing very well right now. We’re going into their building. We’ve played some great competition, so, we know the level we have to play at to get results.”