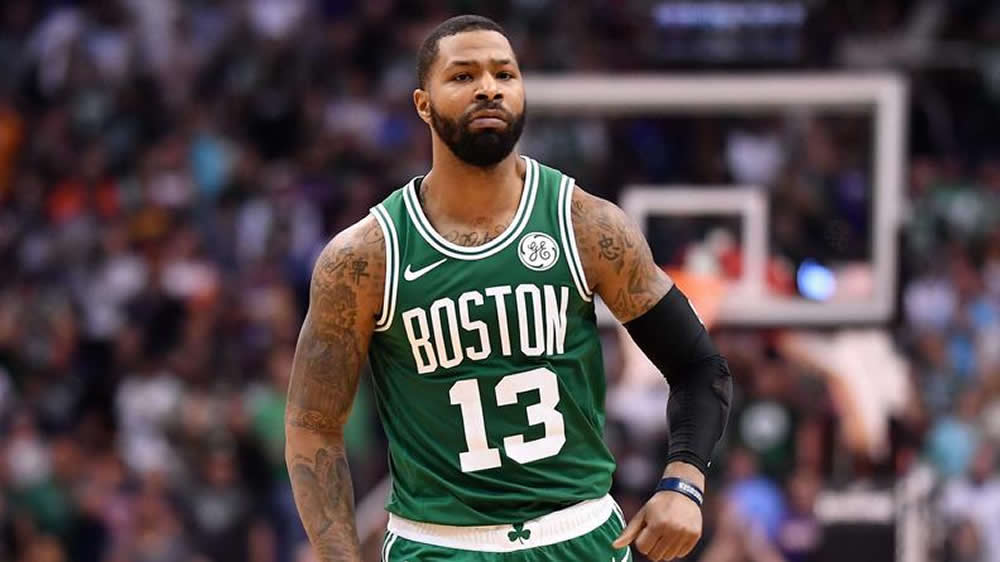 “I told Igor we didn’t deserve to win the game,” Stevens said of Igor Kokoskov, the Suns coach.

But in a move that had more in common with last season’s Celtics than the current configuration, they proceeded to dig, finally gaining traction with an extended 21-6 run in the last 5:31.

The Phoenix Suns are not very good: As evidence, note that the Celtics needed less than six minutes to climb out of a 15 point deficit. Unfortunately, the Celtics had spent the previous 42 minutes sitting in that 15 point hole, and looking like a team that has no business talking championships or even thinking championships.

Smart, who could be seen shouting at the bench during a second-half huddle, is suitably steamed. Fortunately for the Celtics, he turned that frustration on the Suns last night.

“Our effort just wasn’t there,” he said. “They were getting transition buckets and we were being lackadaisical on both ends. That second half just showed us who we really are and what we’re capable of when we’re focused and actually go out to play.

“It frustrates everybody,” Smart added. “I’m gonna say yes. I think I speak for everybody. It frustrates all of us. We all know we can give a little bit more, each and every last one of us. And it’s just sad to see us not giving that. It’s sad that it takes something like that for us to be down like that to do that. We’ve got to figure out how to get ourselves going early and not let ourselves get in that predicament.”

Marcus Smart, the longest tenured Celtic player, is ticked off. Fortunately, the Celtics won last night, because, in the past, extremely frustrated Marcus has made extremely poor decisions about how he expresses that frustration.

But the bottom line is that guys like Jaylen Brown have no business talking about winning five titles in six years, if they’re going to waltz into arenas thinking that the names on the front and back of their jerseys are going to do all the heavy lifting for them.

You want to win? You have to work. If you aren’t prepared to focus on the task at hand, you’re going to lose. There isn’t a team in this league bad enough that the Celtics can beat them without trying.

It’s a long season, and there are going to be times where the Celtics just aren’t going to have ‘it’. But the team should have been well-rested and ready to go last night.

They’re headed into Utah tonight–in fact, they’re already on the ground in Salt Lake–and the team had best be prepared to show up. They’re going up against a team that is going to be highly motivated, and if they put forth the kind of effort they brought into the first three and a half quarters of last night’s game, they are going to get steamrolled.

Page 2: Where Hayward’s downplaying his return to Utah

When the Celtics forward finally makes his return tonight – he missed last season’s road game due to ankle surgery – nerves in the stands are expected to still be raw.

But Hayward isn’t going there. He’s often said that he had the date “circled on the calendar” last year, before the injury wiped out his season.

Now, recovering from that injury takes precedence over all other concerns.

“Oh no. It’s been a whole year, and there’s other things I’m worried about,” Hayward said yesterday. “I’m just trying to figure out getting myself back, and it’s been all year.”

The Jazz have moved on as well. The arrival of rookie Donovan Mitchell last season propelled the Jazz into the playoffs. Mitchell returned from injury with a 23-point performance in Wednesday’s win over Dallas, and is expected to be available tonight.

If the Salt Lake City boo-birds aren’t in force tonight, it’s largely because of Donovan Mitchell. It’s a lot easier to ‘move on’, if you’ve got something to ‘move on’ with. While Jazz fans can hardly be blamed for wondering what their team would look like with Mitchell, Hayward and Gobert, it’s fair to observe that such a team would present only a mildly more challenging obstacle to the Warriors. If the Jazz still had Hayward they wouldn’t be appreciably closer to making it to the Finals.

Full one-on-one w/ Kyrie Irving: On challenging himself, embracing being a face of Celtics, at times “very lonely” leadership, parting with the Cavaliers, his future and more — “It almost scares me in terms of the potential of me at the start of my prime.” pic.twitter.com/ouoRmakywZ

But perhaps most interesting: Irving wants to be a part of Boston’s legacy. Playing for teams with plenty of historical significance seems to mean a lot to him.

“Most importantly, it’s being connected to an incredible, incredible culture that has existed way before me and will exist after me and I wanted to be a part of that,” Irving said. “It was the same conversation that I had with my dad when I went to Duke, same conversation I had when I was a St. Patrick Celtic.

I had no idea Irving was a Celtic before last season’s trade. I guess that’s what I get for not reading up on the high school mascots of my favorite team’s best players.

At any rate, I would like to think that this recent spate of super stars not going to destination cities and forming “super teams” will effectively kill that narrative. However, I have my doubts. Some people just aren’t happy unless they’re panicking about their favorite team, and free agency is always going to be a fertile field for panic fodder (“Our best player could leave and we won’t get ANYTHING”).

Providence Journal: Celtics 116, Suns 109: Boston rallies from 22 down to beat Phoenix in overtime