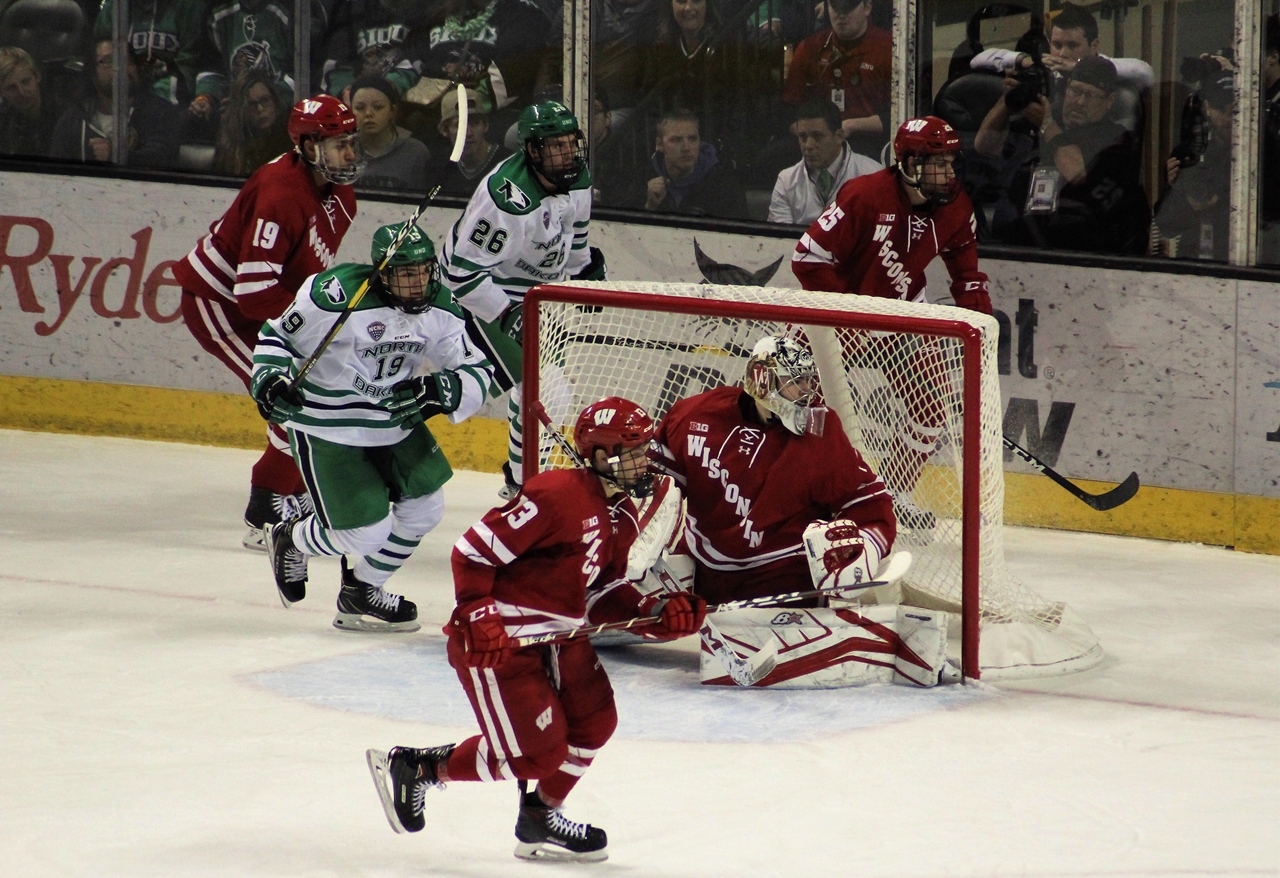 The University of North Dakota hockey team started the National Collegiate Hockey Conference schedule with a bang. On Friday night, UND beat Miami University 3-1 in game one of their season-opening conference series.

With the win, UND improves to 5-2-1 (1-0-0 NCHC). UND has now won five games in a row. Before we move forward, here’s something to ponder. Last season, UND never won more than three games in a row.

This season, the Hawks are finding ways to win games they would’ve lost last season. It’s quite remarkable, this team doesn’t quit. They’re also not taking a lot of penalties. They’re ranked 20th out of 60 teams. That’s an average of 13.5 penalty minutes a game.

If you didn’t see the game, you can watch the highlights below.

Freshman goalie Adam Scheel is on a bit of a roll. In the last four games, the Lake Wood, OH native has given up four goals in four games. Since Scheel has taken the net, he’s been nothing short of amazing. He’s played in seven games going (5-1-1, 1.49 GAA and a .925 SV%), he also has a shutout. In seven games, he’s given up 10 goals.

It was just a matter of time before freshman forward Mark Senden scored the first goal of his collegiate career. In seven career games, Senden has left quite an impression on the UND faithful. On Friday night, the Medina, MN native broke through, scoring the game-winning goal to give UND it’s first NCHC win of the season. Senden is an honest player that plays a 200-foot game. He doesn’t take any shortcuts. Senden has had good chemistry with junior forward Cole Smith and lately Casey Johnson.

Mark Senden gets his first career goal as a Fighting Hawk to put @UNDmhockey up 2-0 over Miami in the first period!#UNDproud @TheNCHC pic.twitter.com/iM8WlP2Jkt

Penalty Kill on the Mend

At the beginning of the season, the UNDs penalty kill was horrendous and ranked near the bottom of the NCAA. After a couple of rough weekends, UND’s coaching staff made some adjustments.

Together as a group, they watched game film and had some meetings. Finally, that hard work has paid off. During the month of November, the UND hockey team hasn’t given up a power-play goal. Not a single one. UND’s penalty kill has killed 10 of the last 10 power plays. That’s tops in the NCHC.