Wizards show their potential in solid win over Heat 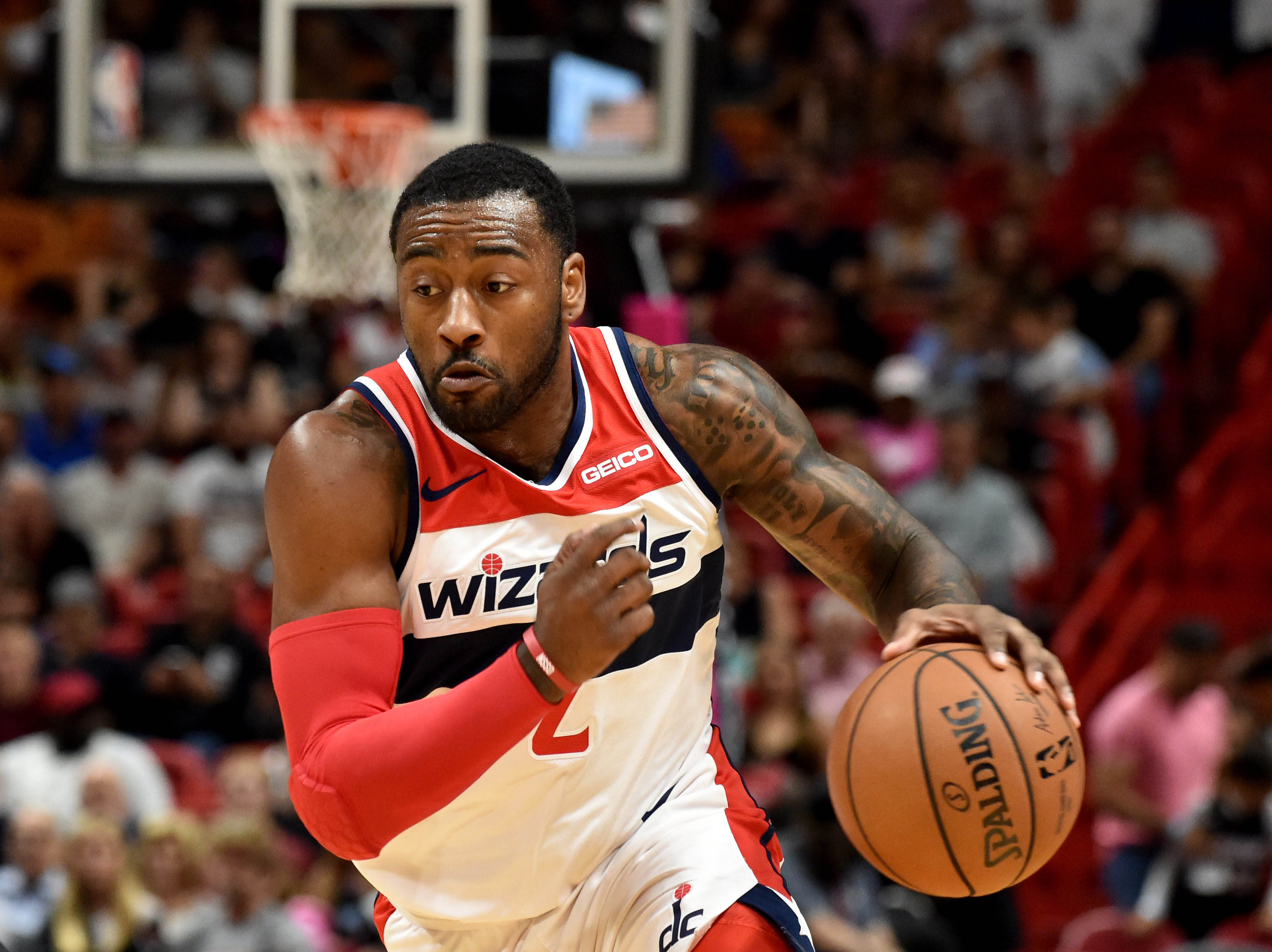 Wizards show their potential in solid win over Heat

The Washington Wizards were seemingly on the verge of a mid-season blow up after falling to 2-9 and worse to the likes of the Orlando Magic. Things were not pretty early in South Beach, but then the road team started to show their potential the last three-quarters of the game. After falling behind by 12 midway through the second quarter, Washington went up by as many as 17 towards the end of the game with an extended 83-54 run. In a little bit of revenge for an opening night loss, the Wizards were able to top the Heat for an impressive victory on the second night of a road back-to-back.

In the first matchup between these two Southeastern division teams, Miami had 22 offensive rebounds for 27 second-chance points. The Heat won the rebounding battle 55-40 in total. The Wizards had not outrebounded their opponents at all 11 games into the season. That changed in Game No. 12 as Washington won the battle of the boards 48-38. Obviously, a big difference in between the two games against the Heat was the availability of Dwight Howard, one of the best rebounders in NBA history. The future Hall of Famer had 16 rebounds, seven offensive boards, to lead Washington.

With Bradley Beal and Markieff Morris both in foul trouble (and the latter simply not playing well), the Wizards received a welcome boost from their second unit, which has been a rarity in recent season. Austin Rivers had a season-high 18 points on 7-of-12 shooting in 28 minutes in his best game since being traded to Washington. Rivers has not been able to consistently find his three-point shot this season, but he showed off his ability to get the rim all game in Miami. Jeff Green was on the court looking like Mike Scott from last season with 19 points on 8-of-12 shooting to go along with 10 rebounds. Green started the game 7-of-7 from the field and could be in line for more workloads like Saturday’s 34 minutes if Morris continues to struggle.

Last season, the Wizards were the fourth best three-point defensive team in the NBA by holding their opponents to just 34.8 percent from deep. Entering the Heat game, they were the second worst in the league by allowing their opponents to shoot 39.3 percent from beyond the arc. Early on Saturday, Miami was teeing off; they started the game 8-of-15 from deep. Scott Brooks said his team was not fully closing out on the Heat, but the Wizards would get that addressed before halftime. The rest of the game, Miami only shot 4-of-18 from three-point land because of better defense from Washington as well as the home team cooling off. Transition defense and communication are also issues that the Wizards need to focus on, but three-point defense might just be the most important in my eyes.

Next Game: Washington returns home for a five-game homestand starting with the Orlando Magic who just embarrassed them on Friday night.