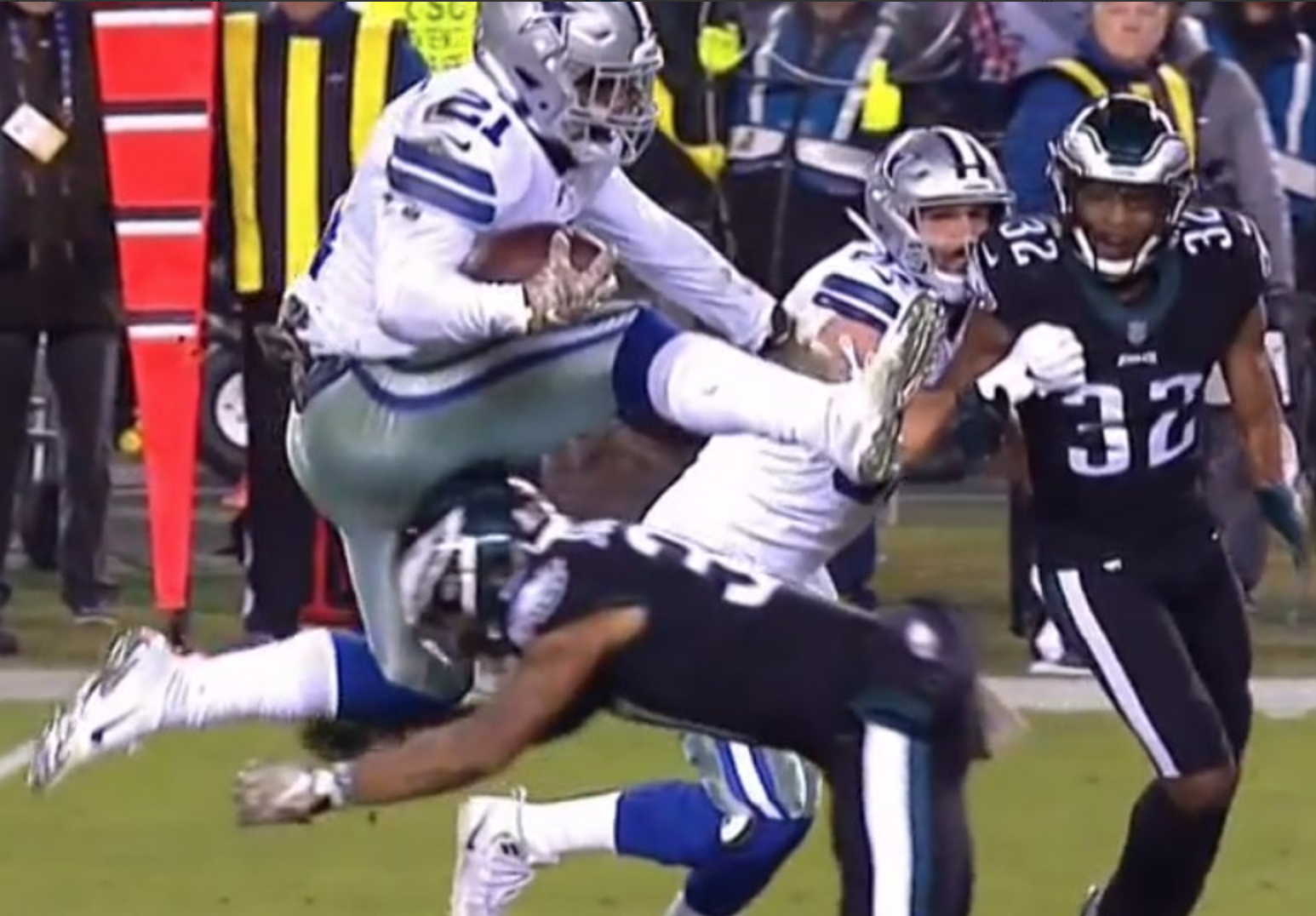 Cowboys running back Ezekiel Elliott is extremely athletic, and that allows him to make plays that few others at his position can.

Elliott also possesses great breakaway speed, so he has the potential to turn a short gain into a home run.

That’s exactly what he did during Sunday’s game against the Eagles, when he received a handoff and was met by Eagles safety Tre Sullivan, who lowered his head to make the hit. Zeke casually leaped over him, though, and just kept on running for a big gain.

The play nearly went for a touchdown, had Zeke not slipped en route to the end zone.