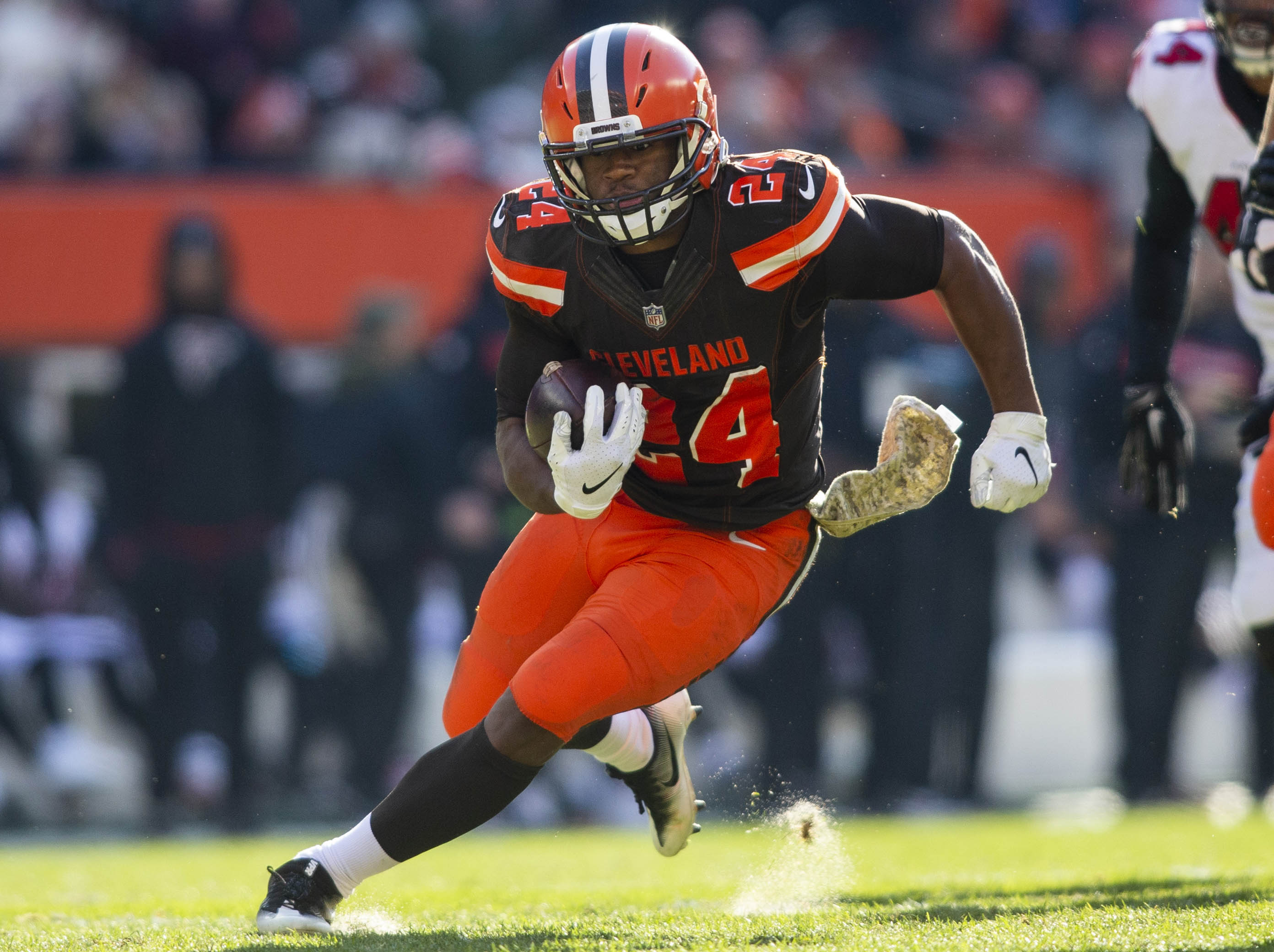 Nick Chubb is doing a great job of making Browns fans forget about Carlos Hyde, and it’s really starting to look like the Browns were the winners in that trade, so props to John Dorsey and Co.

Chubb had his coming-out party in Sunday’s game against the Falcons, and the Browns finally got off the schneid as a result. Chubb racked up 176 yards on only 20 carries (one touchdown), and he also made his way into the record books as well.

The play took place in the third quarter, when Chubb received a handoff deep in his own territory. He burst through a hole and when it was all said and done, he ran 92 yards for the touchdown — the longest in Browns history.