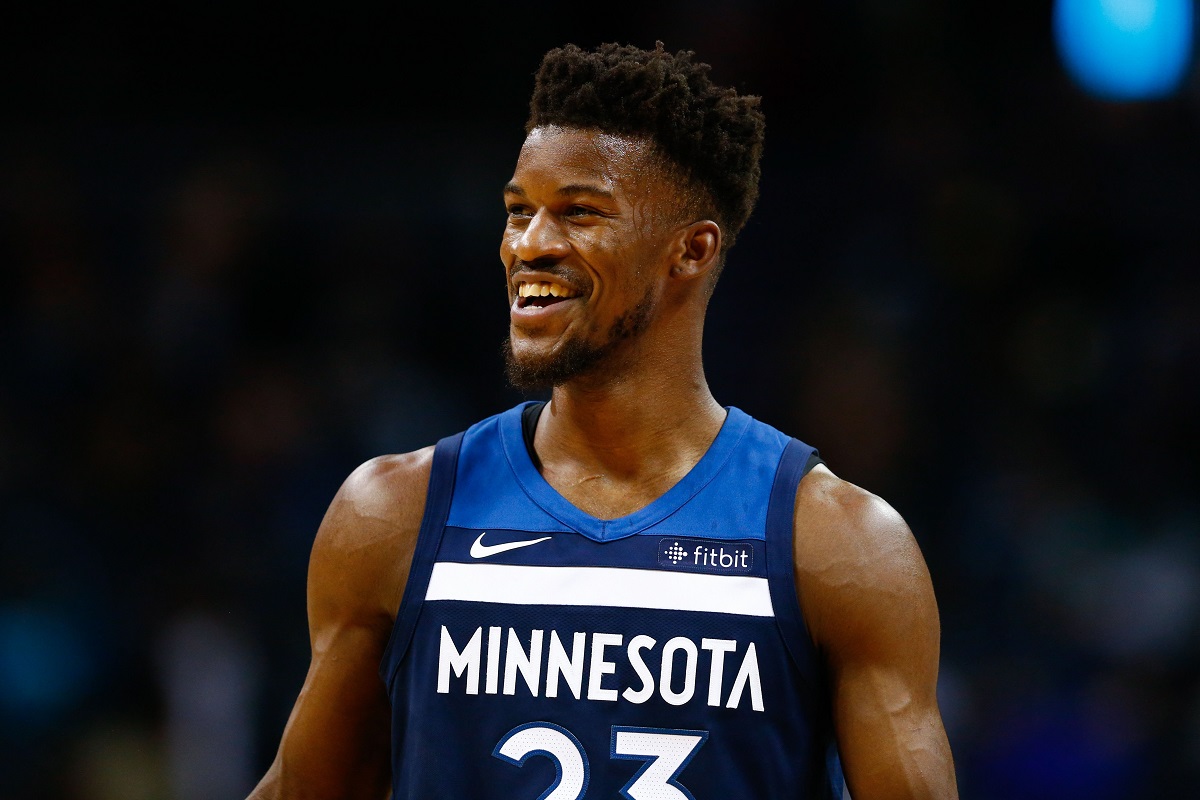 On Monday, it will become official. Jimmy Butler will be a member of the Philadelphia 76ers. Over the course of the past year and a half, Butler has put Minnesota fans through it all. He taught Minnesota how to love basketball again. Butler gave Wolves fans a sense of hope and optimism for the future. He got Minnesota back to the playoffs, a place they hadn’t been since the Kevin Garnett days. Then, he also taught Minnesota that they can’t be too fortunate. Right when fans were hopeful of the future, ready to make another run at the playoffs, Butler asked out. But, let’s forget about that and look back on the good times that Jimmy Butler provided for Minnesota. Timberwolves fans, it’s time to say “Thank You” to Jimmy Butler.

Thank you for bringing back basketball hope to the state of Minnesota. The 2017 NBA Draft had Minnesota buzzing after the trade for you was completed. Wolves fans finally felt like they had a legitimate chance at making the playoffs again for the first time since the 2003/04 season.

Thank you for giving out your phone number when you were introduced in Minnesota. Wolves fans bought in on that day. People could sense your determination and will to win, it was very apparent.

Thank you for playing with 100% energy and effort every game of the season. It’s not always the easiest thing to play at full effort, especially when you’re playing 40 minutes a game, thank you Tom Thibodeau. But, you didn’t complain. No matter how tired or out of breath you were, the effort was always there.

Thank you for providing Wolves fans and NBA fans across the globe with a number of classic GIFS. Especially my favorite video of you messing with Taj after a failed full-court heave.

Thank you for bringing the Minnesota Timberwolves back to the playoffs. It was a long 13 years for Minnesota basketball. It was quite the drought. I think half of Minnesota didn’t even realize we had a professional men’s basketball team anymore. But, that night at Target Center against the Denver Nuggets to get into the playoffs was special. Target Center was rocking, and there’s a chance we won’t see the Target Center like that again, at least in the immediate future.

Your time in Minnesota came to a sour end, and Wolves fans won’t be happy with that. But, for a franchise that had been missing the “it” player for over a decade, thank you for showing Minnesota what it’s like to watch winning basketball again.