What Would It Take For New York Mets To Land Kris Bryant? 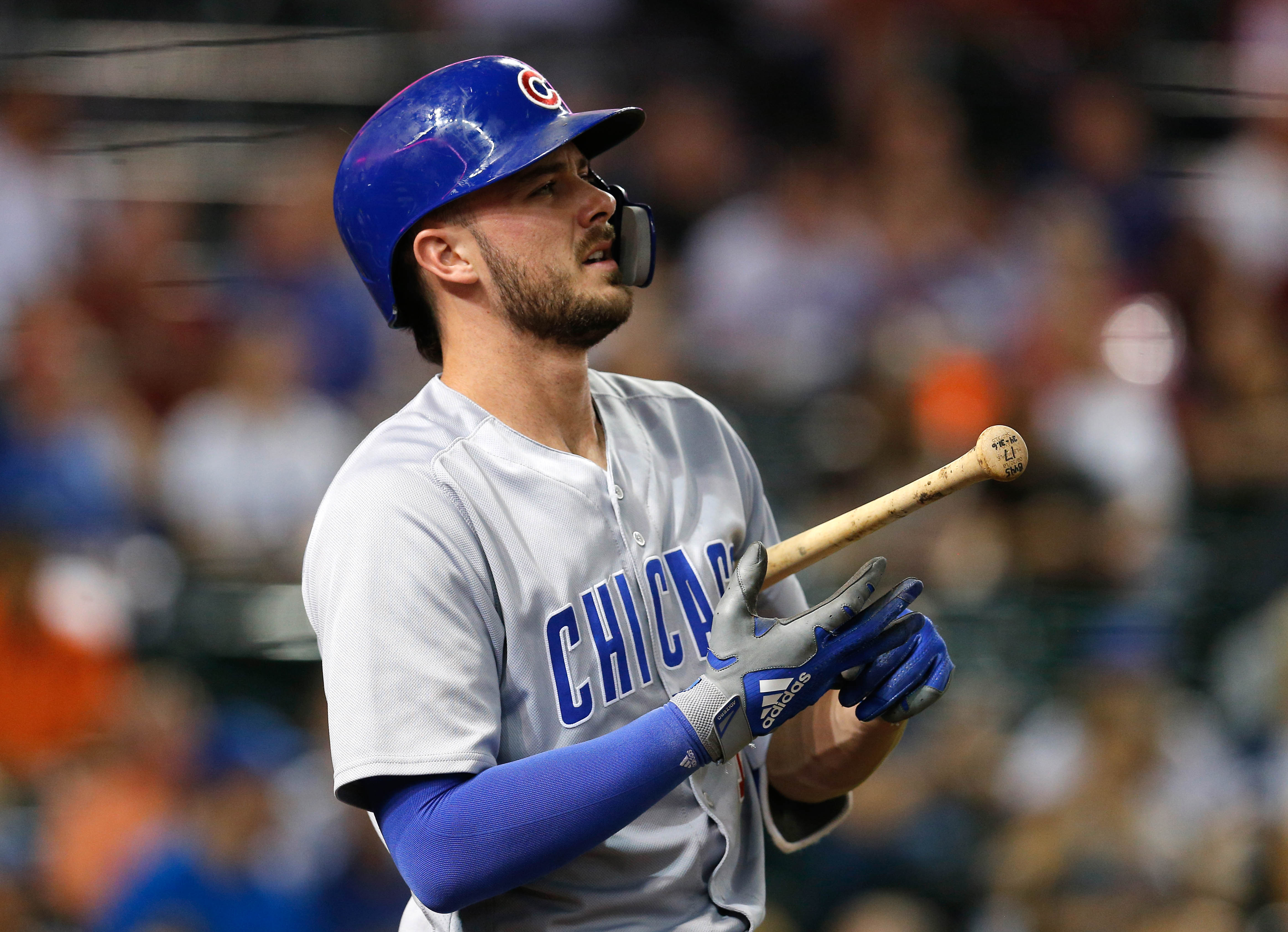 What Would It Take For New York Mets To Land Kris Bryant?

The New York Mets desperately need a big bat for the middle of their batting order with Yoenis Cespedes expected to miss a significant chunk of 2019. Despite the fact that Manny Machado looks like a perfect fit for the Mets on paper, the team reportedly believes that he isn’t the right player to spend big money on in free agency. While there aren’t a ton of players of Machado’s caliber in free agency, one interesting possibility may be available in a trade: Chicago Cubs’ third baseman Kris Bryant.

ESPN’s Buster Olney is reporting that the Cubs are open to shopping Bryant, 27, after failing to come close to negotiating a long term deal with the slugging third baseman. Bryant is coming off a down 2018 where he hit only .272 with 13 home runs and 52 RBI’s in 102 games. Those are career lows for Bryant, who went through two separate disabled list stints to deal with left shoulder issues. The Cubs are loaded with young talent like Anthony Rizzo, Kyle Schwarber, Javier Baez, and Addison Russell so they could afford to trade a guy like Bryant to shore up other areas of their roster. Bryant is under team control through the 2021 season, making him a perfect fit for a team like the Mets, but the cost to get him would be high.

The Cubs could look for a haul of young players in exchange for Bryant, but the Mets’ top prospects may not be of much use to the Cubs right now. Shortstop Andres Gimenez would be blocked at the big league level by Baez, Russell, and Ian Happ while Peter Alonso would be blocked by Rizzo. The Mets’ top pitching prospect, Justin Dunn, should begin next season in AAA but his ceiling may be a number two starter. If the Cubs are serious about shopping Bryant, those players wouldn’t be enough to headline a deal to get him to Queens, meaning the Mets would need to pull a piece off the big league roster to get the deal done.

The most logical deal involves sending Noah Syndergaard to Chicago in exchange for Bryant, as MetsBlog’s Danny Abriano points out. Both players are a similar age (Bryant is 27, Syndergaard 26) and have had high peaks in their careers before dealing with injury issues in recent years (Bryant’s shoulder issue last season, Syndergaard’s lat in 2017/finger issue in 2018). Each guy has shown the capability to be a top contributor at their respective position when healthy, with Bryant winning the 2016 MVP and Syndergaard serving as the ace of the Mets’ staff that year. The Mets may need to add a piece to that deal to make up for a value gap between Bryant and Syndergaard, but they could probably protect their top core of prospects and other big league contributors by including a lower level player with upside, like Luis Santana. Syndergaard would be of interest to the Cubs since they need an ace at the top of their rotation with Jon Lester declining and Yu Darvish looking like a bust after his big deal last winter.

This deal makes sense for the Mets if they aren’t willing to spend the big bucks on Machado. Bryant is under team control for the same length of time as Syndergaard, and it is highly unlikely the Mets would pay Machado, Syndergaard, and Jacob deGrom significant money long term to be the core of a winning team in Queens. If the Mets did move Syndergaard in this trade, they could lock up Zack Wheeler and deGrom long term while fortifying their starting rotation in free agency with a guy like Dallas Keuchel or Patrick Corbin. Doing this, along with having Bryant in the fold for three years at minimum, could be a creative way to give the Mets a new window to contend for a World Series title.

Would you trade Noah Syndergaard for Kris Bryant? Let us know what you think with a comment!