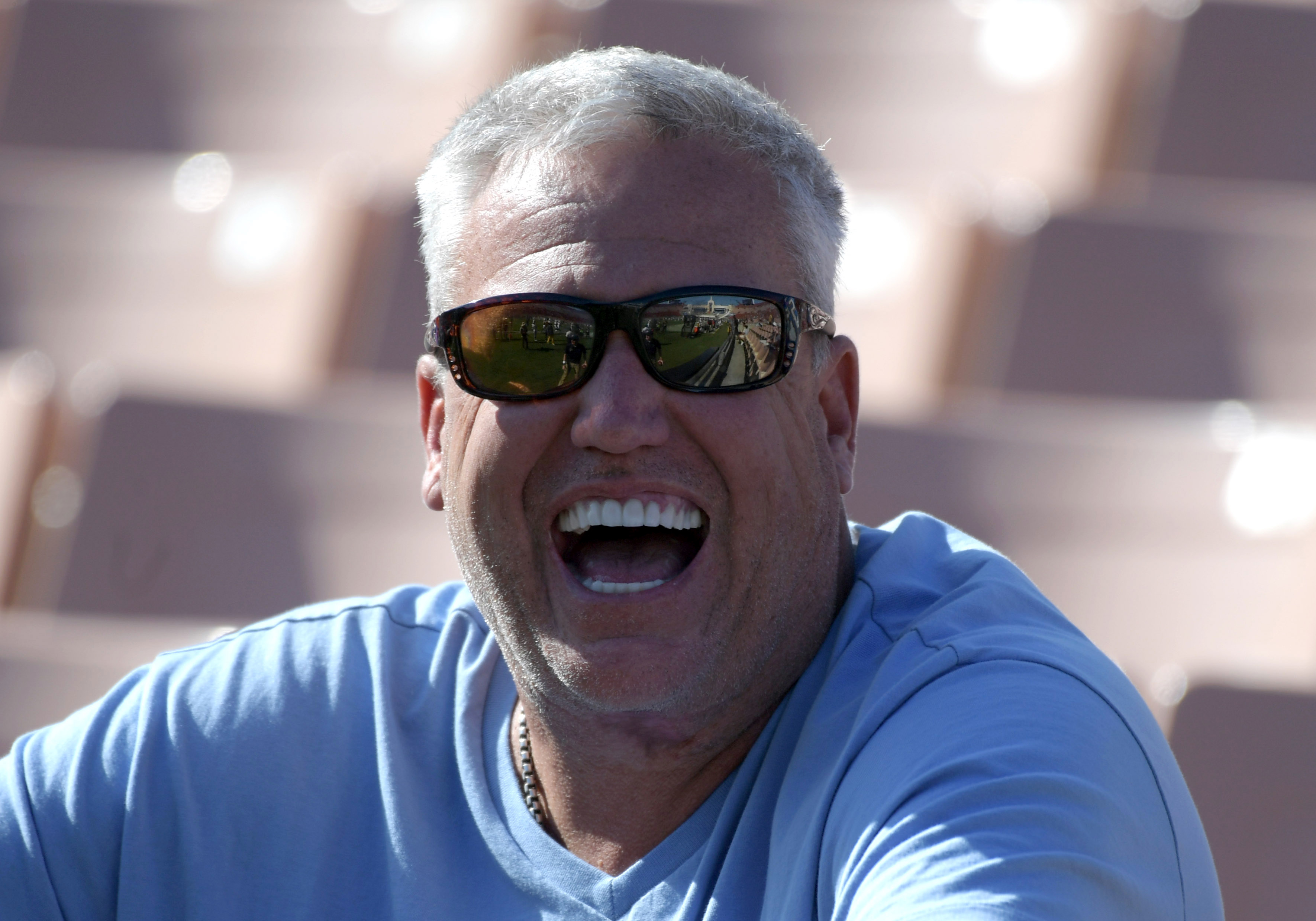 ESPN analyst Rex Ryan knows a thing or two about being fired by the Jets, as it happened to him roughly four years ago.

That’s why it wasn’t surprising when he addressed that very topic — as it related to Jets head coach Todd Bowles — on Monday’s edition of “Get Up!”

According to Wetten.com, Ryan apparently believes that the Jets’ lackluster performance in their 41-10 drubbing at the hands of the Bills on Sunday pretty much sealed Bowles’ fate as head coach.

“You don’t just go out there and lay your jock on the field like they did here,” Ryan said. “There was one or two guys playing with any fricking fire and all that. This was awful.”

Not only that, Ryan also believes general manager Mike Maccagnan will be let go as well.

“I love the fact you’ve got the GM sitting and saying, talking about the future and that’s all he talks about, the future,” Ryan said. “What future do you have? [That] you honestly think you have? Because I look at this way… Look, the Johnsons are unbelievable people and they’re going to give you the benefit of the doubt. Todd Bowles is not gonna get fired now, he’s gonna coach the rest of the season. Why? That’s the appropriate way to do things. But we know he’s gone. Todd knows he’s gone. So is the GM.”

Rex Ryan couldn’t contain his frustration with the state of the #Jets and their weak effort on Sunday (via @GetUpESPN) pic.twitter.com/CBCdhdxYkO

Not many “in the know” have spoken about Maccagnan’s job security, but Ryan could be right here, given that the Jets general manager has held that position for four years, and the team hasn’t taken any steps forward — if anything, the team has regressed. They’re still an absolute dumpster fire on offense, and the defense, at times, lacks intensity. It’s fair to question their effort in lackluster performances such as the one they turned in on Sunday.

As for Bowles, it’s no secret that he’s going to be fired, but is really just a matter of when. We are just waiting for more information. Jets CEO Woody Johnson seems to like that Bowles is a nice guy, with a good head on his shoulders and a great personality, so unless the team continues to get blown out, we believe he’ll last the season. Time will tell.