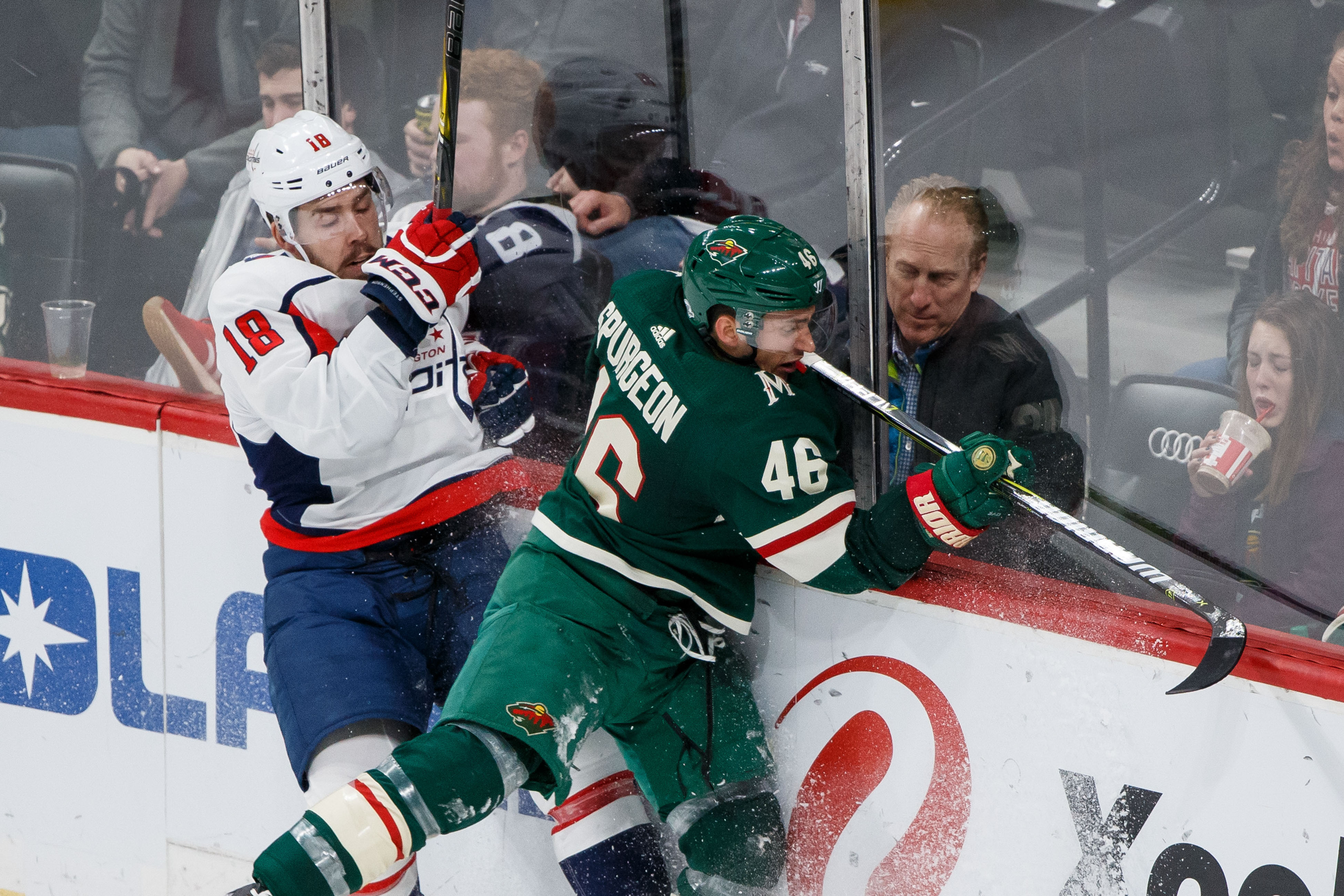 After a 5-game winning streak in games mostly played at home, some felt the Wild would really find out how good or not so good their team really was.  All the Wild did was go 5-2 on their 7-game road trip which included two wins in St. Louis.  Not too shabby.

Not that this is anything new for the Wild, but discussion around the league about the team who currently stands in 3rd place in the entire league was mostly non-existent.  But that’s nothing new for the club that exists in ‘flyover country.’  The Wild are not a sexy team with league leaders in goals or points on its roster.  They are a veteran-laden squad that scores via committee and wins playing by being strong defensively rather than highlight reel plays.  And when you look at who those 5 wins came from; mostly teams 20th or lower in the league in terms of points you can see why no one is planning a Stanley Cup parade in St. Paul just yet.

The team got just got one day off before it begins a 4-games-in-6 days grind with the first three of those games being played at home.  The open to this newest stanza of the season is the defending Stanley Cup Champion Washington Capitals.  The Capitals have exhibited a bit of a ‘cup hangover’ as their 7th place position in the Metropolitan indicates.  However, the Wild would be foolish to think this game is going to be an easy one.

Like the Blues’ squad the Wild just vanquished twice in the last two weekends, the Capitals still have a high powered offense but their inability to keep the puck out of the net has been their biggest issue.  Alex Ovechkin is still lighting the lamp at a terrific pace, and still have Evgeni Kuznetsov, Nicklas Backstrom and Warroad’s T.J. Oshie to overpower most opponents.

On the backend, John Carlson is so far indicating the big raise he got this summer (8-year, $64 million deal) was somewhat justified as he is off to a fast start this season.  The rest of the Capitals’ blueline may not be a bunch of big names but they’re all fairly mobile and have a Stanley Cup to their credit.

It is between the pipes where the struggle is most visible as Brayden Holtby is having a rough year with a .900% save percentage and an ugly 3.24 goals against average.  I would think Holtby will get the start as he has a pretty decent record against the Wild in his career.  Minnesota will no doubt give Devan Dubnyk the start.

One Minnesota-born player that should garner some local attention, is former Hopkins-star Travis Boyd.  Boyd was a strong leader on the Golden Gophers for a few seasons and has paid his dues with the Hershey Bears since he graduated.  He’ll likely be anchoring the Capitals’ 4th line.

The Wild have found their groove and the result is Head Coach Bruce Boudreau has done less line tweaking as he’s banked on the club’s chemistry to earn victories.  The Eric Staal, Jason Zucker, Mikael Granlund-line appears to be coming back in a big way and will likely be looked to lead the way again.  Zach Parise has also been a hot hand as late which helps spread out Minnesota’s offense a bit.

The Wild hope to continue to get strong play out of its bottom 6; where the Jordan Greenway, Joel Erksson Ek and Charlie Coyle line continue to gel into a big-bodied forechecking nightmare and the 4th line of Eric Fehr, Marcus Foligno and J.T. Brown also have been solid.  On the blueline, while they may not produce many points, the 3rd pairing of the Wild has been excellent.  That means Matt Hendricks and Nate Prosser both might be sitting in the pressbox a while, as these lines / pairings continue to play so well.

What must the Wild do in order to earn a victory over Washington?

1. Stay out of the box – Minnesota does have a great penalty kill, but the Capitals have an incredibly lethal power play.  The best way to defend against it is never let the Capitals deploy it.  If they do take a penalty, for the love of everything that is decent can we at least get one penalty killer shadow Alex Ovechkin so we don’t have to watch him tee up one-timers from the faceoff dot.

2. Attack the net – The Wild have had a lot of their success recently by taking the puck to the net and with a team struggling to keep pucks out of their own net in town, Minnesota would be wise to continue that same approach against Washington.

3. Make the Power Play Count – Minnesota doesn’t have a super power play, but the Capitals are one of the weakest penalty killing units in the league.  The Wild need to make the Capitals’ pay when they take penalties.  Besides, you know there is a fair chance you might need 3 or more goals in order to come away with a victory in this one.

What do you think will be keys to a Wild victory this evening?  Tell us on Twitter @CreaseAndAssist or in the comment section below!

Editor’s Note: Due to a scheduling conflict, our annual banquet for our local football team we will not have a post-game report for this one.  We apologize for any inconvenience this causes.