How is LeBron James handling the faster pace of play? 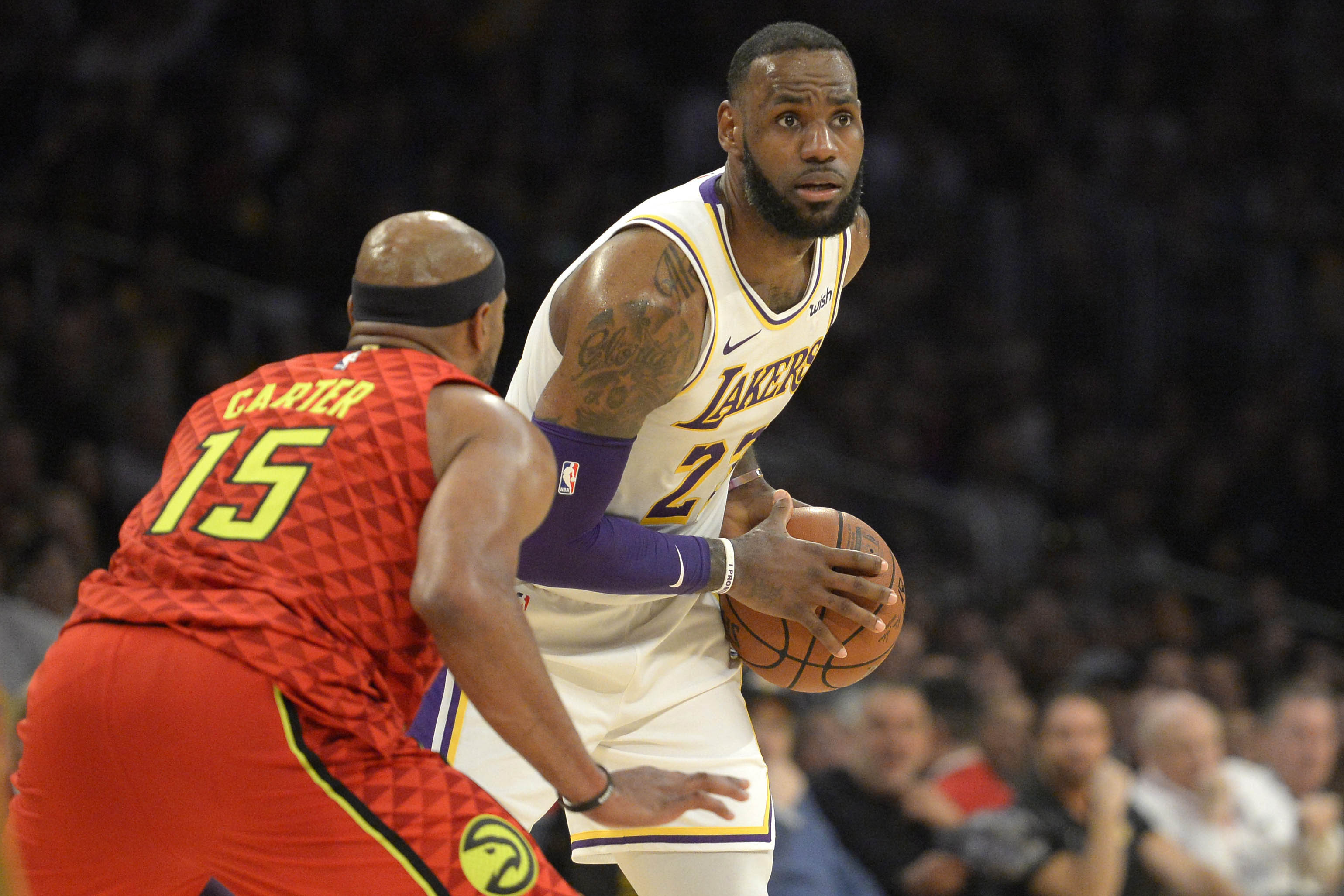 How is LeBron James handling the faster pace of play?

After 13 games of the 2018/19 NBA season, it’s time to start evaluating how players are performing. With about 15% of the season complete, we are at that time where stats are starting to take shape and teams are starting to place themselves in the standings. A big storyline coming into the season was how LeBron would handle the faster pace of play with the Lakers. Early in the season, the Lakers are playing with the third fastest pace in the NBA, something LeBron isn’t used to doing. However, because of the player he is, LeBron is making it work with his new squad. Let’s check out some of the most affected areas of his game related to the increased pace of play.

Although we are still just 13 games in the season, LeBron has been attempting a career-high threes per game this season. However, it’s not translating to a better percentage. While attempting 5.8 threes per game this season, James is connecting on just 31.6% of those attempts, well below his career average of 34.3% from three. Could it be age? Sure. But, there’s a more interesting factor coming into play. This season, LeBron has been assisted on 45.8% of his threes. Last year, he was assisted on just 35.6% of his threes. The increased assist percentage is related to the Lakers’ fast style of play. The Lakers like to get out on the break and pass to open guys on the wing for transition threes. While LeBron has been on the receiving end of those passes on numerous occasions, it’s appearing that LeBron is much more comfortable on pull-up threes compared to the spot-ups he’s getting without the ball in his hands as much this season (his usage rate is the lowest it’s been since his rookie season).

While a 30.8% assist percentage isn’t the worst thing in the world, that percentage marks the third-lowest assist percentage for LeBron is his career. As I mentioned above, LeBron is playing without the ball in his hands more this season, part of Magic Johnson’s plan when he brought LeBron in. So, that factors into the assist percentage dip, but with the Lakers playing at the pace they are playing, the team needs more shooters. That is the biggest reason LeBron has not been racking up as many assists this season. LeBron has taken on the challenge of playing with pace and getting into the lane, but when he’s in the lane and kicks it to an open shooter, the Lakers need to have players to knock down those shots.

Playing with pace this season has also provided some good aspects to his game. This season, LeBron has attempted 71.6% of his shots from three, or at the rim. Compared to 65.6% from last year, that is a bump in the right direction. With the way the NBA is trending towards threes or layups, the Lakers’ pace of play has helped force that on LeBron. Fans around the NBA aren’t seeing as many pull-up mid-range shots from LeBron anymore. While he is very effective at that type of shot, it’s not the most ideal shot in today’s NBA. His shot chart from this season exemplifies where LeBron has been getting his looks.

The need for change

Whether LeBron thinks so or not, if he wants to beat the Warriors, this is the type of team he needs to be on. He’s not taking down Golden State while playing a slow pace and attempting an abundance of mid-range twos. Overall, LeBron still has work to do adjusting himself to the Lakers’ high-tempo offense, but in the end, it will be the best outcome for both parties.