Is there a crack in the Golden State Warriors armor? 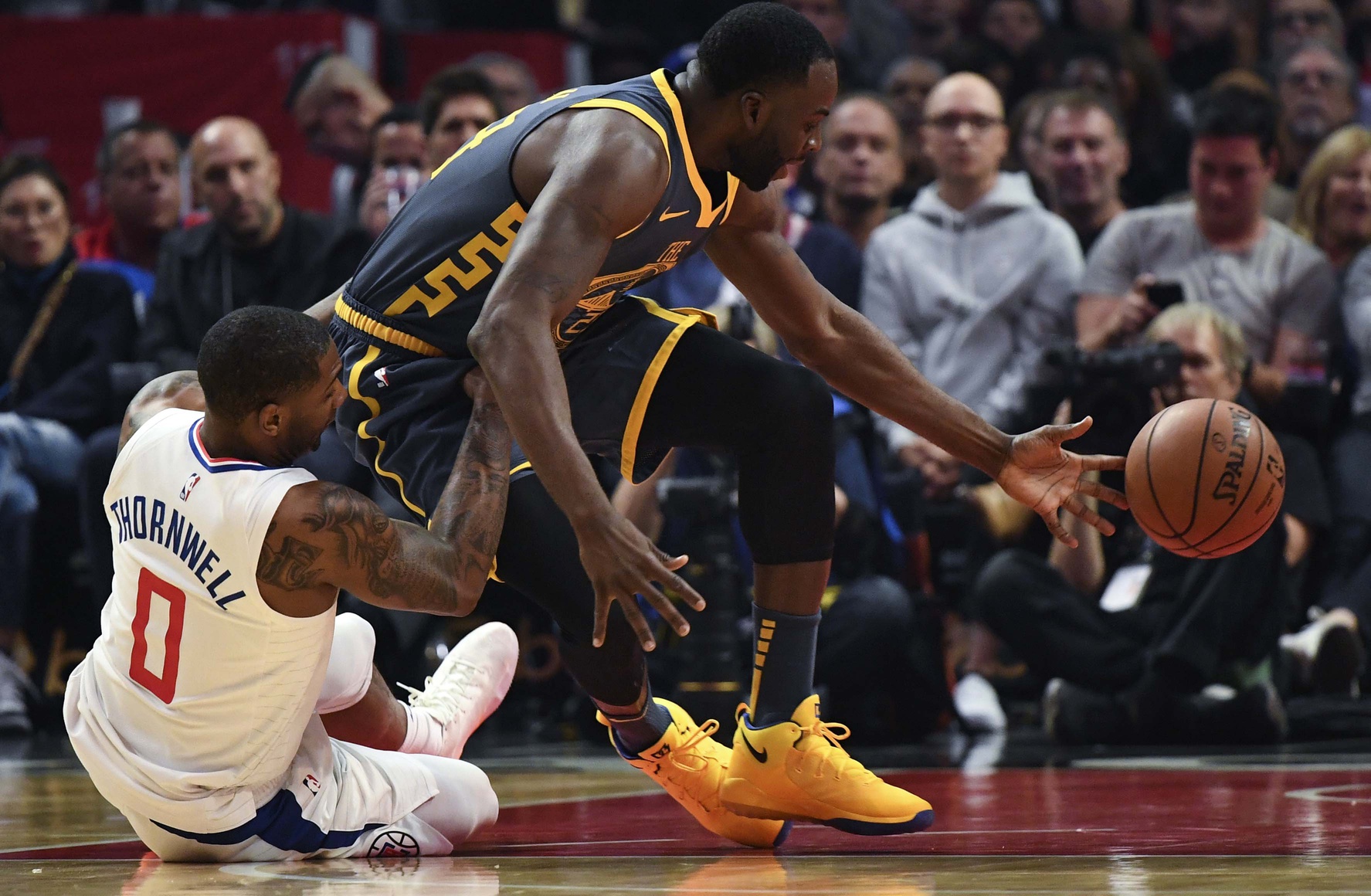 Is there a crack in the Golden State Warriors armor?

Last night the Golden State Warriors visited the Los Angeles Clippers. After falling behind as many as 14 points, the Warriors, without the injured Steph Curry, went on a huge late run to tie the game.

The Clippers had the ball with 18 seconds left in the game and 12 left on the shot clock… and here’s what happened next.

OK, fine, people make mistakes. That’s a big one, because the Clippers held on to win the game, but the Warriors are the Warriors and this shouldn’t mean much.

Except for the exchange between Draymond and Kevin Durant.

Some of it can be chalked up to frustration of the moment. Not only did Draymond take the rebound from Durant, he brought it up the floor himself when Durant was right by his side clapping away hoping for the ball.

It’s pretty obvious that in that situation, everyone would rather have Durant bringing the ball up with four seconds left than Green. Draymond does a lot of things well, but this particular lane is reserved KD.

Let’s even excuse that for a minute. Let’s just call all of this a combination of frustration and egos for a minute, and say Draymond’s ego didn’t let him admit his mistake in the moment.

Afterwards, he should just head to the locker room, admit “OK I screwed that one up, it’s my bad,” and the team just rolls on. It’s still not great, but when a teammate admits he screwed up, the rest of the team just kind of has to move on.

An angry late-game exchange between Kevin Durant and Draymond Green carried into the Golden State Warriors locker room on Monday night in Los Angeles, where some teammates loudly confronted Green for his decision-making on the final play of regulation, league sources told ESPN.

After the 121-116 overtime loss to the LA Clippers, some witnesses described the closed-door exchange as one of the most intense of this Warriors era. No one had to be separated, no player left his seat and no hint of physicality loomed in the setting, sources said.

Durant’s impending free agency heightens the sensitivity of the turmoil.

Sources: In midst of verbal exchange on court late in Monday's game, Draymond Green challenged Kevin Durant about Durant's impending free agency. As teammates came at Green about his turnover, he responded. This has been a simmering issue for the Warriors today.

This isn’t great for them. If KD’s impeding free agency can cause this kind of every season occurrence to blow up, what else is it going to do to that locker room.

There is a feeling around the league that Durant is at least exploring his exit from Golden State. The popular theory is that he’s heading to New York to be his own guy in a major market.

Whether he is or isn’t, it’s interesting that things around Golden State have gotten sensitive enough to cause things like this to get bigger than they should. It’s worth watching to see if the biggest threat to Golden State’s dominance in the NBA is in their own locker room.