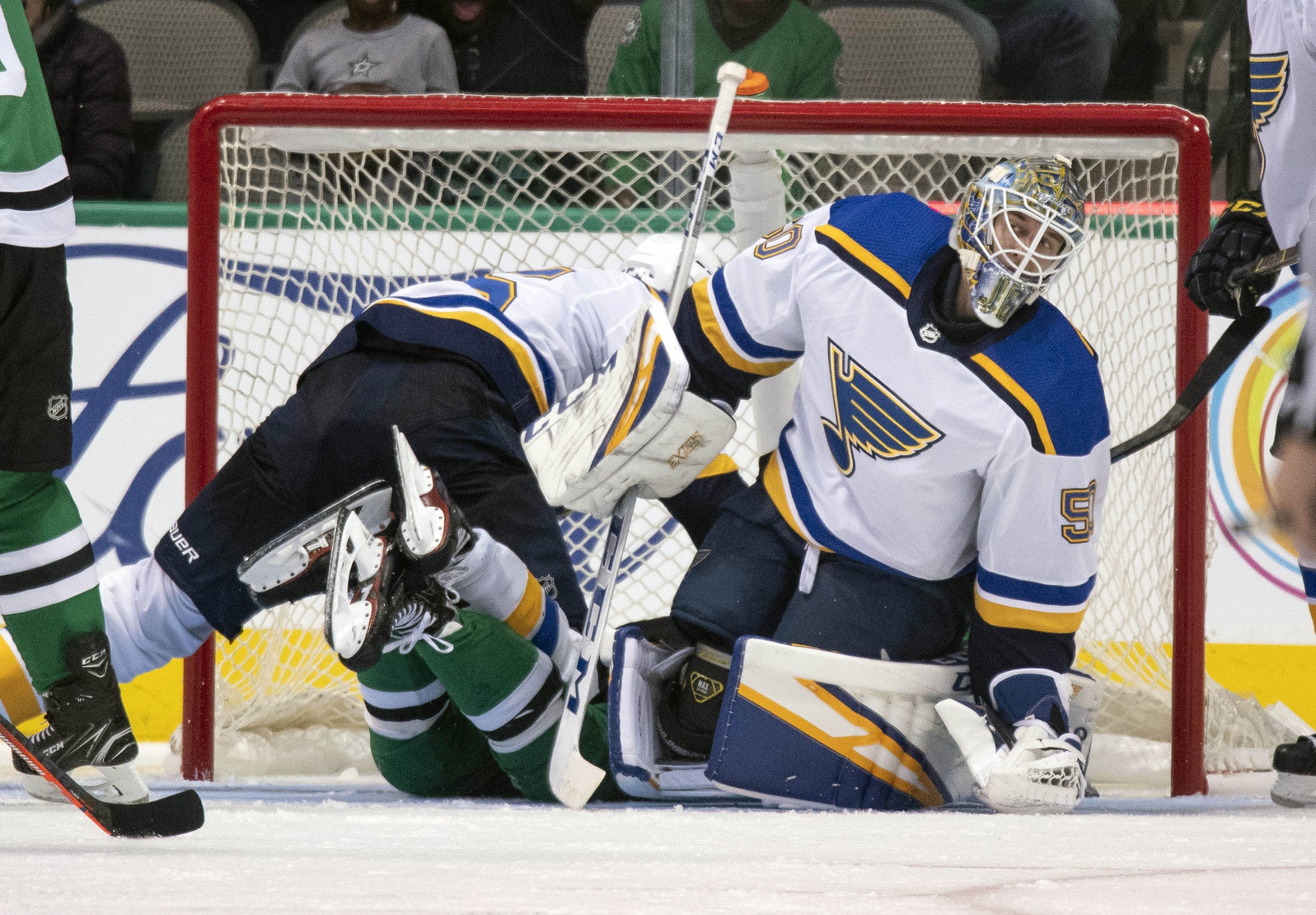 Ville Husso was supposed to be the third goaltender on the St. Louis Blues depth chart this season. After a series of poor performances, that may no longer be the case. Husso has been struggling down in the AHL and may be passed up by teammate Jordan Binnington.

The stats above do a great job of summarizing the story. Who needs lengthy exposition when all you have to do is compare three stat categories?

While the 23-year-old Husso has been losing any confidence the team had in him, the 25-year-old Binnington has strung together some strong performances. As always, it’s worth noting that the sample sizes are small and that both, particularly Husso, have room to grow. Husso seems to have the higher ceiling, but it’s certainly not showing so far this season.

All it would take is one strong push by Husso – if he can prove he deserves the time – to reclaim his old spot on the depth chart.

Of course, Blues fans should hope that neither Husso or Binnington are needed at the NHL level in 2018-19.