Nats Fans: Search Your Feelings, You Know It To Be True 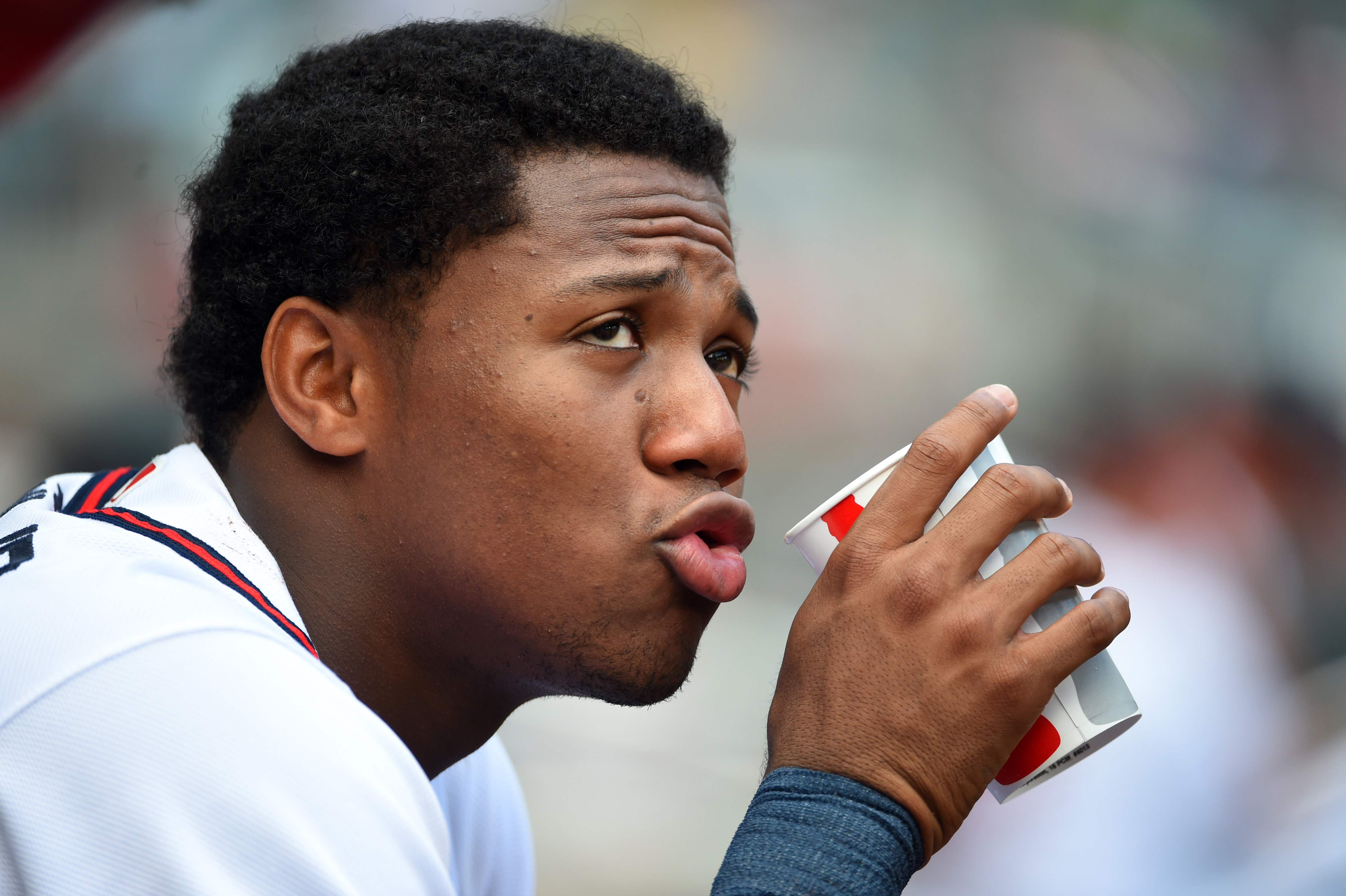 Nats Fans: Search Your Feelings, You Know It To Be True

Yesterday evening, Atlanta Braves phenom Ronald Acuña Jr. was named National League Rookie of the Year. To say that some Nationals fans were a little disappointed is an understatement.

Juan Soto getting only 2 first place votes is why you shouldn’t trust anyone.

JUAN SOTO!!!! You had a marvelous year. YOU ARE MY ROOKIE OF THE YEAR!!! I was a joy watching you play with such unbridled joy..

Juan Soto was robbed. He’s a future Hall of Famer. He single handily made sure the Nats didn’t completely tank the season, him and Scherzer. #Nats

Not trying to be a homer here, but Juan Soto just got screwed.

I do want to say that Juan Soto is an amazing ballplayer. What he did during 2018 should be lauded – and it will be even in this column. And while I agree with the ultimate decision, it was certainly surprising to see Acuña Jr. get 27 of a possible 30 first-place votes in the balloting. That made voting far more lopsided than many people thought it would be heading into last night’s reveal.

But make no mistake, Nats fans. And Dodgers fans, who saw Walker Buehler finish third. Or even the Marlins (Brian Anderson) and Cardinals (Jack Flaherty) fans who weren’t part of the final three, but did see their star rookie receive votes. When you strip away the homerism, Ronald Acuña Jr. is the clear-cut choice for the 2018 Rookie of the Year in the National League.

I know that is a tough pill to swallow for Nats fans. They argued throughout the evening that Soto broke many of the records for production by a teenage hitter in the majors. They wondered why that didn’t ultimately matter. Soto’s accomplishments were nearly unprecedented. They’re right, by the way. Bryce Harper, Soto’s likely former teammate, is the only other player to hit 20 homers in a single season as a teenager (both finished with 22). Soto’s .406 OBP was better than Mel Ott’s in 1928. Since 1871, only seven teenage hitters had at least a 2.5 WAR according to Baseball-Reference in a single season. In addition to Soto, Harper, and Ott, the other four are Ken Griffey Jr., Fred Carroll, Edgar Renteria, and some guy named Ty Cobb. What Soto did as a teenager deserves appreciation and recognition.

But the award is the Rookie of the Year. It’s not the Teenager of the Year. And while age is certainly a thing to consider, Acuña Jr. is less than a year older than Soto. The Atlanta Braves outfielder was still plenty young.

I’ve wrote before about this and I still believe it. The Rookie of the Year came down to a pair of issues that each benefited Acuña Jr. and worked against Soto. The first is simple – one of these players is a complete all-around players and the other isn’t. While some funky metrics gave Acuña Jr. a negative defensive grade if you look solely at Fangraphs, a deeper look via Statcast’s defensive metrics shows something that should be very apparent by watching these two young outfielders. A career center fielder, Acuña Jr. showed the range and skillset needed to be an excellent defensive outfielder. Juan Soto showed that he was a good hitter playing the outfield.

Let’s look at Outs Above Average, a stat that looks at expected catch percentage versus what actually happens and attaches a number to how well a player played above or below the average. Ender Inciarte and Harrison Bader led baseball with 21 OAA. He didn’t have a full season, but Acuña Jr. finished 28th with 4 OAA. There were 87 qualified players. Finishing 67th was Soto with -4 OOV.

We can continue with this look at an all-around ballplayer. In 21 attempts, Acuña Jr. swiped 16 bases. Soto only attempted seven stolen base attempts and was successful five times. Acuña Jr. also had a slightly higher percentage when it came to taking an extra base while running the bases. All of that makes sense as Acuña Jr. finished 18th in Sprint Speed during 2018. Soto finished 284th. It might not be too fair to hurt Soto for something that is clearly not his game, but when it comes to reasons to pick one over the other, the fact that Soto wasn’t a threat on the bases to consider, nor a defensive plus, needs to be considered.

But even if you get to this point and you’re still not sure who should get the nod, consider this as I’m sure voters did when they made Ronald Acuña Jr. the 2018 Rookie of the Year. During the second half, Ozzie Albies hit .226 with a .274 wOBA. Nick Markakis hit only slightly better with a .258 average and a .305 wOBA. Normally excellent, even Freddie Freeman slowed in the second half with just seven homers in nearly 300 trips to the plate. But the guy who didn’t slow down was Acuña Jr. Rather, he excelled. With a 11% walk rate, 19 homers, and a .429 wOBA, Acuña Jr. took over. He carried the Braves offense and, by doing so, the team. As he powered the team, they ran away with the NL East.

To put it in fWAR terms, aside from Christian Yelich who played like a beast in the second half, Acuña Jr. was among the top five position players in baseball after the All-Star Break when the Braves needed him best. Only Yelich and Justin Turner had a better wOBA.

Juan Soto was good. In some ways, he was the better hitter. He had a truly amazing season.

But Ronald Acuña Jr. was the better rookie. More to the point – he was the better player in 2018. But the real winner here is the fans. Both of these players are amazing and could have a Mickey Mantle/Willie Mays-like rivalry over the next several seasons. And you and I get to watch them do it. That’s pretty sweet.