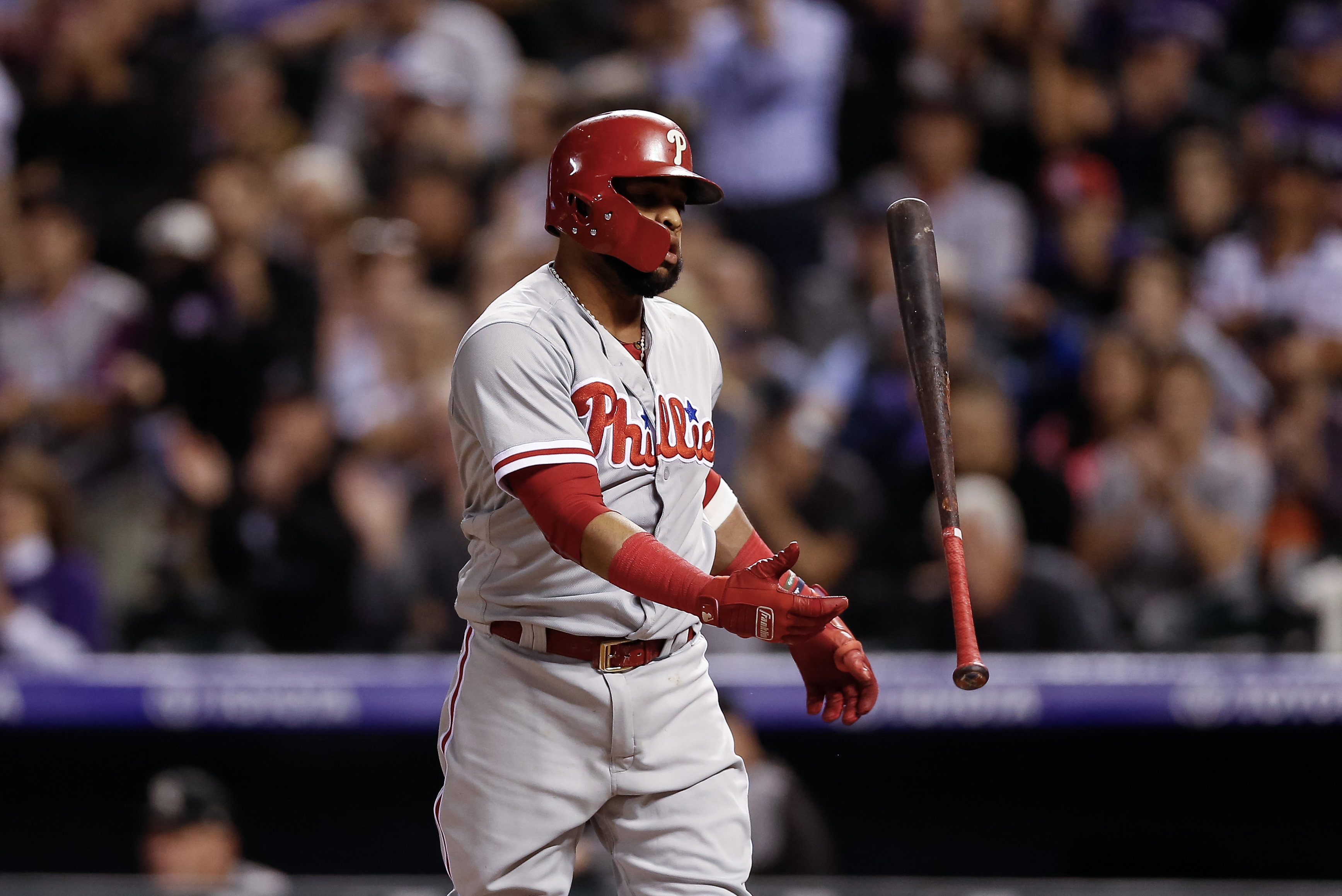 It was only one year ago that the Phillies signed slugger Carlos Santana to a three-year, $60 million deal, and it appears they’re already having buyer’s remorse.

The team is rumored to be interested in making a number of moves during the offseason in an attempt to upgrade its roster, which includes having interest in both Bryce Harper and Manny Machado. And apparently, they’re looking to move Santana — quickly.

Ken Rosenthal of The Athletic reported that the Phillies are “shopping the hell out of” Santana, so it’s highly likely that he’ll be moved in the coming weeks.

Making sense of this news, this would open first base up for Rhys Hoskins, which leaves a spot in the outfield open, possibly for Harper. So maybe the Phillies are trying to make room for a big-name outfielder. Or, they’re just looking to move a player coming off a career-low season, in which he hit just .229, and had a WAR of 1.7.