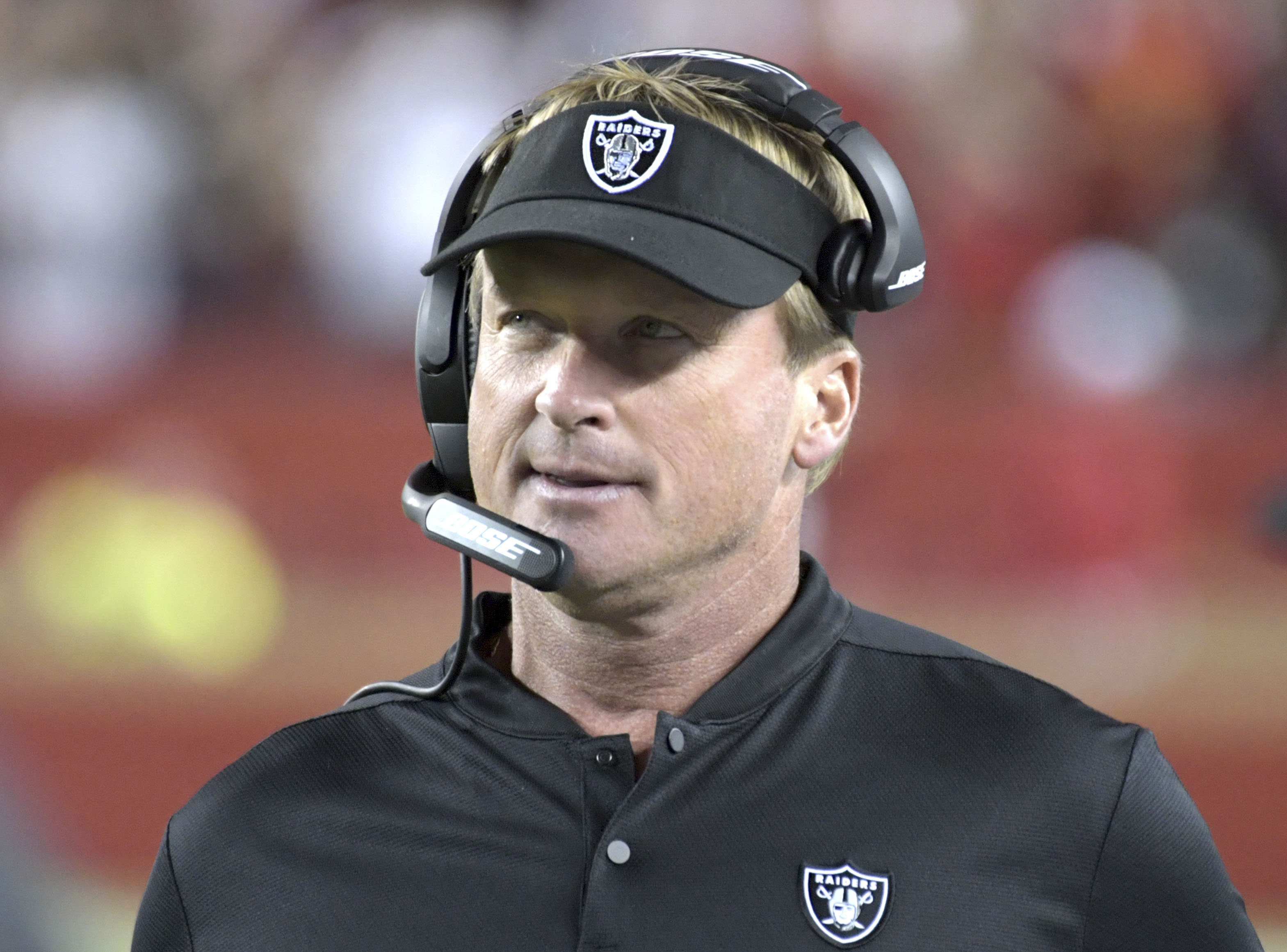 Raiders head coach Jon Gruden and his staff have been facing criticism for possibly tanking games, but he shot that talk down.

Looking at the team’s play on the field, the Raiders, statistically, are the worst NFL team in the fourth quarter this year, which is one sign of tanking. Not only that, there have been stretches where the team hasn’t really even competing at all, like their 34-3 drubbing at the hands of the 49ers.

Gruden spoke on that topic recently, and he dismissed it, saying that the team “wants to win.”

“I feel Mark’s pain,” Gruden said, via ESPN’s Paul Gutierrez. “I talk to Mark after every game and these are unpleasant conversations. It’s tough, man, we want to win. We want to win. We also want to do right by this organization and some of these decisions have been really tough, but I want to deliver for him and his family, certainly, and this organization and right now, it’s tough. But it’s great to have him support me, and I appreciate it. But I feel the same way he does — I just want to win.”

We’re not buying that. The Raiders are the worst team in football, with a 1-8 record, and it sure looks like the team is playing for the top draft pick, rather than going out and competing. The playcalling is vanilla — especially in the red zone — and anyone who watches the Raiders knows the way both the players and coaches are approaching games looks like an absolute tank job.