Did Stephen A. Smith unlock the Wolf Wall that the Wizards need to turnaround? 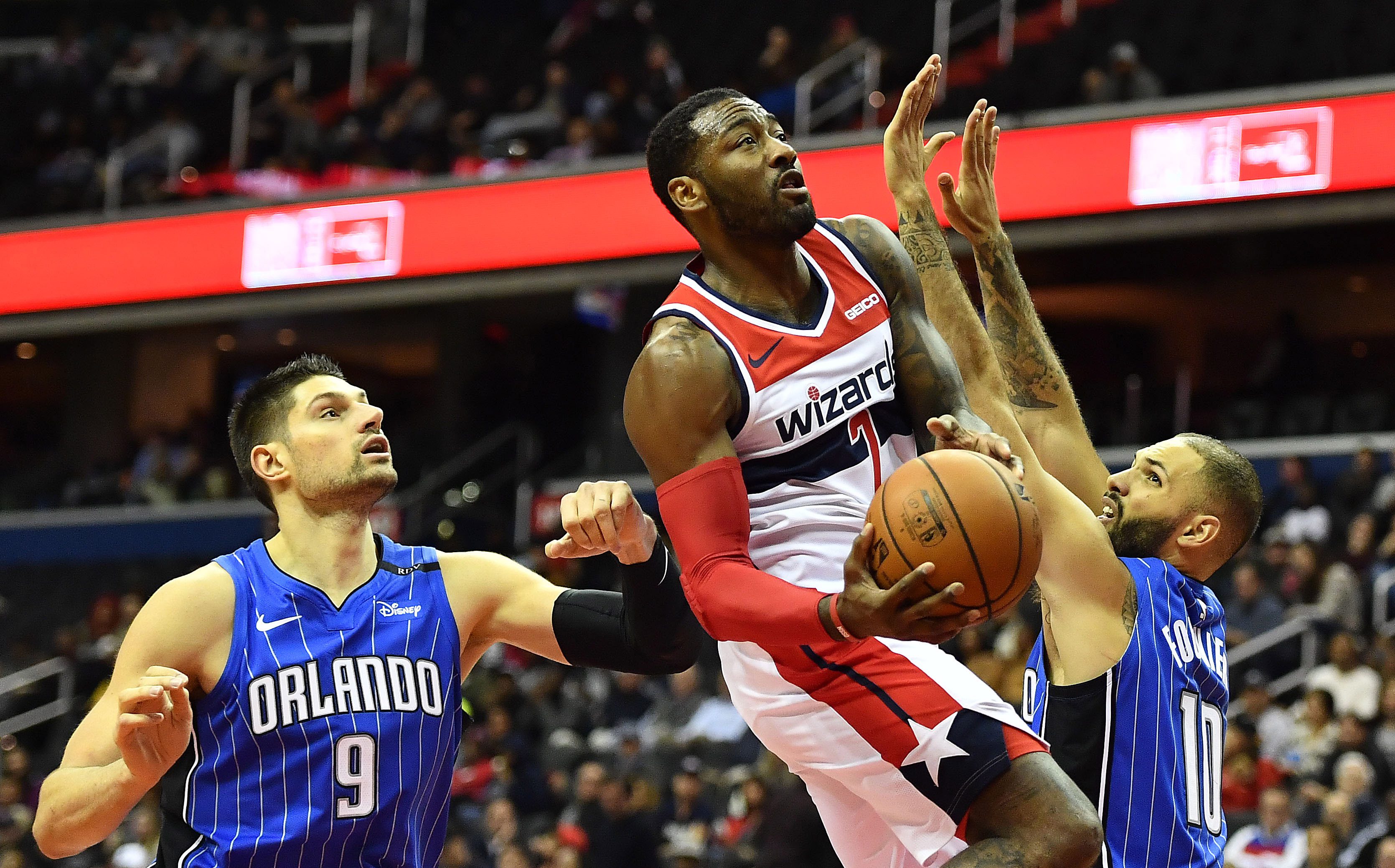 Did Stephen A. Smith unlock the Wolf Wall that the Wizards need to turnaround?

Here is what Washington Wizards’ players had to say after their 117-109 victory over the Orlando Magic. You can read the three takeaways from the game here.

Recently, Stephen A. Smith has called out the Wizards point guard for partying too much and being out of shape as the reason why the team started the season 1-7. The First Take co-host was at Capital One Arena for a no-name matchup between Washington and Orlando on an uneventful Monday night.

Wall was asked if Smith’s criticism motivated him but he downplayed such an idea. The five-time All-Star probably heard all about what Smith had to say and probably does not care too much. That is because (as another Wizards’ player said put it), Smith is essentially part of a reality television show that requires him to say crazy things just to get clicks, views, and ratings.

After playing 124 minutes in the previous three games combined, including 83 on back-to-back nights, Scott Brooks mentioned that he was probably playing Wall too many minutes. Wall doesn’t care as long as the team is winning.

Scott Brooks said that he has been playing John Wall too many minutes in recent games.

John Wall on if he cares: "I'm just trying to win games. I'm fine with it, but he [Brooks] not. And I don't think the trainer is neither." pic.twitter.com/8bblGG0dAX

"I work on it everday, why not go out there and shoot it? The fans wanna say boo or get mad if I miss a couple? I'm fine with it." pic.twitter.com/6oRvQFq1cH

Who knows if Beal actually thinks this or if he just wanted to play into the fun of it all, but if it worked than the Wizards could probably care less. Off camera, Beal would concede that ‘y’all’ could be narrowed in scope from all media to Stephen A. Smith.

Bradley Beal on what he has seen different in his backcourt mate: "Y'all pissed him off. … He's going to come out and play like Wolf Wall. That's what we need him to do. I'm happy that you guys lit a a little flame." pic.twitter.com/NBPlYyRcHw

The big man has a rhyming motto that he is pushing for the team as he continues to harp that the Wizards will turn the corner:

Dwight Howard has a motto for the #Wizards: "Nobody's gonna remember November." pic.twitter.com/zAaXcnBE03

Despite being on the bench in the fourth quarter, Howard liked his team’s play in the final frame. What gave me a chuckle out of this was that no one initially asked him a question and instead of jokingly saying peace out to get out of the obligation, he volunteered a response on his own.

“Tonight we did a really good job of moving the ball, especially late in the game. The team did a tremendous job of finishing the game off. John [Wall’s] defense in the fourth quarter was great. He made some great plays and then Bradley [Beal] got hot at the right time. We got a really good win.”

He has not been here long, but Howard already seems to understand Washington’s history of issues against sub-.500 teams and playing consistent defense:

Dwight Howard talks about the importance of not overlooking teams that may be bad (i.e. Cleveland) and some of the #Wizards' improvements on defense: pic.twitter.com/n0OvkQoGoS

“We communicated. We were in the right spots to get stops toward the end of the game. We helped each other.”

“Nothing has changed. We’re still… everybody is in attack mode. Kelly [Oubre Jr.] has been great, but now we’re making shots, we’re starting to get it together on the defensive end. So, we’re still playing the same way, things are just starting to fall in place for us.”

Jeff Green: "We communicated. We were in the right spots to get stops toward the end of the game. … Nothing has changed [with bench unit]. Everybody is in attack mode. Kelly has been great, but now we’re making shots, we’re starting to get it together on the defensive end." pic.twitter.com/VbrvNq9aIi

On passing right back to Tomas Satoransky after Satoransky passed it to him in the corner:

“Dude came to me and then Sato was open again. I could have easily shot that [corner] three. Coach just kind of looked at me too, coach was like ‘shoot it.’ I was like, ‘man, dude [Satoransky] was wide open.’ If someone’s open, you just make the right play, that’s just how I’ve been taught to play basketball, man. Cause when you’re open, you want the ball, too. If I would have shot that then, next time if Tomas has the shot but I have a better shot, he probably shoots it because he’s like, ‘well he didn’t pass to me.’ Seriously, it’s contagious. You just try to play the right way. That hopefully is contagious for everybody and that’s what we’ve been doing so got to keep that up.”

On the Wizards settling in:

“Don’t try and come out here and be something that you’re not. Just do what you do well, play team basketball. If you’re a scorer, you’re a score. If you’re a playmaker, you’re a playmaker. If you’re a defender, you’re a defender. Everybody just settle into who they are and just play hard and maximize that. I think that’s what everybody’s doing right now. It’s just a good win though, man. It wasn’t a perfect win, it wasn’t a pretty win. It was sloppy at some points in the game, our defense wasn’t there at some points in the game, but we just figured it out. Probably two, three weeks ago, we lose that game. We were down 10 in the third quarter at one point, but we just kept at it. We were down 10 vs. Miami, but we just kept at it. This is growth.”