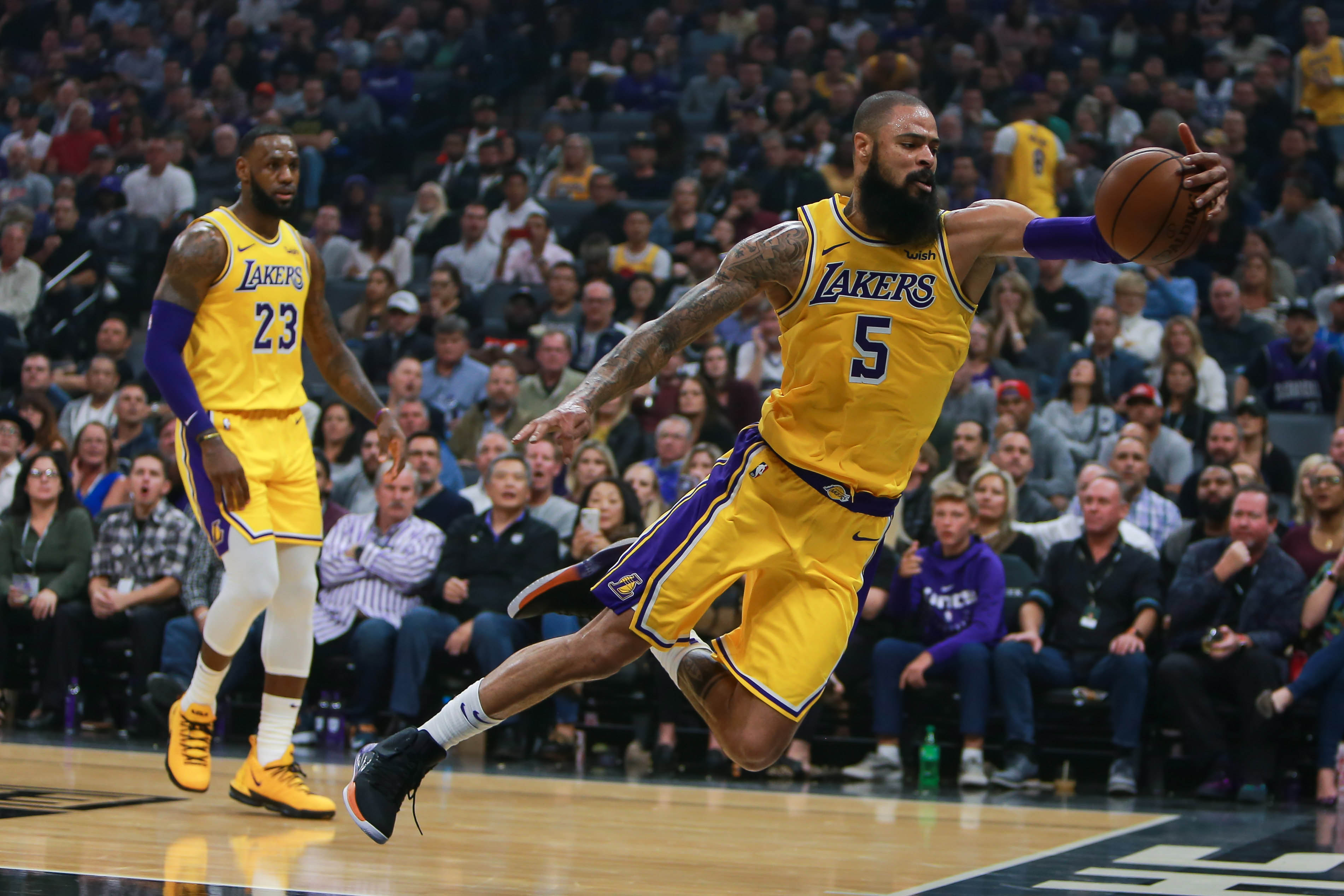 Last week, the Los Angeles Lakers made the acquisition of veteran big man Tyson Chandler after he was bought out of the final year of his deal with the Phoenix Suns.

It was a move for Chandler that he had a handful of teams interested in his services on the open market. According to Ryan Ward of ClutchPoints, the 36-year-old voiced that he chose to join Los Angeles over the Golden State Warriors.

Tyson Chandler says there were 5 teams in the running for his services. He narrowed his options to the #Warriors and #Lakers. Then chose LA.

In his first three games with the Lakers, Chandler has been a major asset off the bench for the team by averaging 3.0 points, 8.3 rebounds, 1.3 blocks, and 1.0 steal in 22.6 minutes per game. He has been able to lead Los Angeles once each in rebounds, steals, and blocks. His play has been huge in the frontcourt especially late in games with his stable play on the glass and in the paint in key moments.

This has seen him start it off with two key pivotal offensive rebounds in the final minute of the 114-110 win over the Minnesota Timberwolves that were tapped out to his teammates that kept the possession alive that kept his team ahead. He had been able to seal the win by being able to close out on a 3-pointer attempt from Derrick Rose that changed the trajectory of his shot.

He was able to follow that up with a game-changing play in last Sunday’s 107-106 win over the Atlanta Hawks where he able to get his fingertips on a potentially game-winning layup by rookie point guard Trae Young in the final seconds of the fourth quarter. Chandler also chipped in with a team-high 12 rebounds in last Saturday’s 101-86 win over the Sacramento Kings.

Chandler has a chance to provide a highly impactful role for the Lakers both on and off the court over the rest of the season.