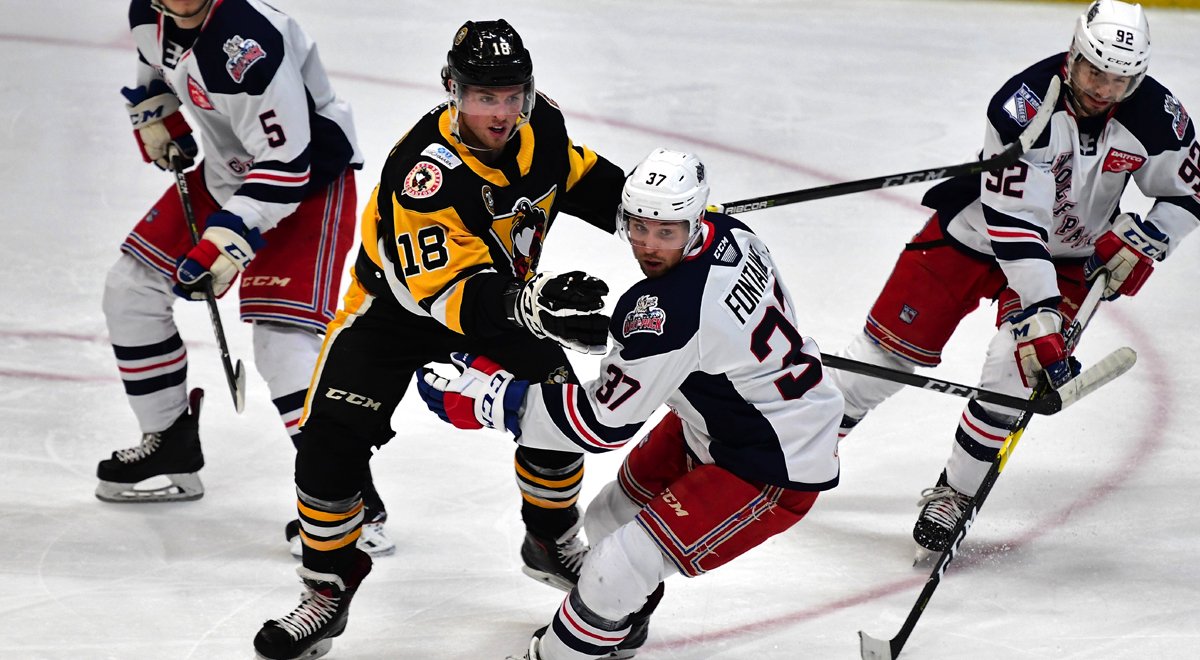 The Wilkes-Barre/Scranton Penguins are coming off of a weekend where they went 1-1-1 in their first 3-in-3 of the season. While the results were less than ideal Tristan Jarry did play a very strong game on Friday at Providence while Anthony Peters notched an assist on Saturday at Hartford.

The big thing to note this week and however long into the future they remain this way is that Wilkes-Barre is currently without both Zach Aston-Reese and Garrett Wilson. This is notable because Wilson is tied for the team lead in points while ZAR is tied for second on the team. Without them the team leader in points is Sam Lafferty. The rookie has been making a lot of noise early on and with Wilson up leads the team in points with a 4-7-11 statline in 14 games. He is definitely one to watch moving forward.

This week the WBS Pens play three games but unlike last weekend they’re not all back-to-back.

Their first game is a midday game against the Springfield Thunderbirds on Wednesday. This will be an interesting litmus test because performing for midday games during the week can sometimes be challenging and other times be exhilarating. This will also be a rematch of the season opener where the WBS prevailed in a shootout. Another thing to keep an eye on in this game is the number of ex-Penguins playing for Springfield. Bobby Farnham, Harry Zolnierczyk, and Paul Thompson all used to suit up for Wilkes-Barre/Scranton or Pittsburgh. You can expect them to bring extra motivation – not that much more was needed considering these two teams’ last outing.

Then, this weekend comes a real test as the league-leading three-loss Charlotte Checkers come to town. Over the years, the Checkers-Penguins match-up has not been kind to Wilkes-Barre/Scranton especially at home. Last season, the team mustered only one win, in Charlotte. They lost both of their match-ups in Wilkes during the regular season. Then, in the first round of the Calder Cup Playoffs, the Checkers swept the WBS with the dagger of a 7-3 loss for the team’s final game of the season.

Without Wilson, whose 11 points in 11 games leads the team in PPG, and ZAR the team will certainly have to make some adjustments. Look for Teddy Blueger up front (9 points in 14 games) and Ethan Prow on the backend (9 points in 11 games) to be step up alongside Lafferty. If I were to guess the goalie starts it would be Peters Wednesday as he played well against Springfield in the season opener and then one game each for Jarry and Peters this weekend but with Jarry on an NHL deal he could see two starts.