Your Morning Dump... Where, NO, the Celtics do not need Carmelo Anthony. 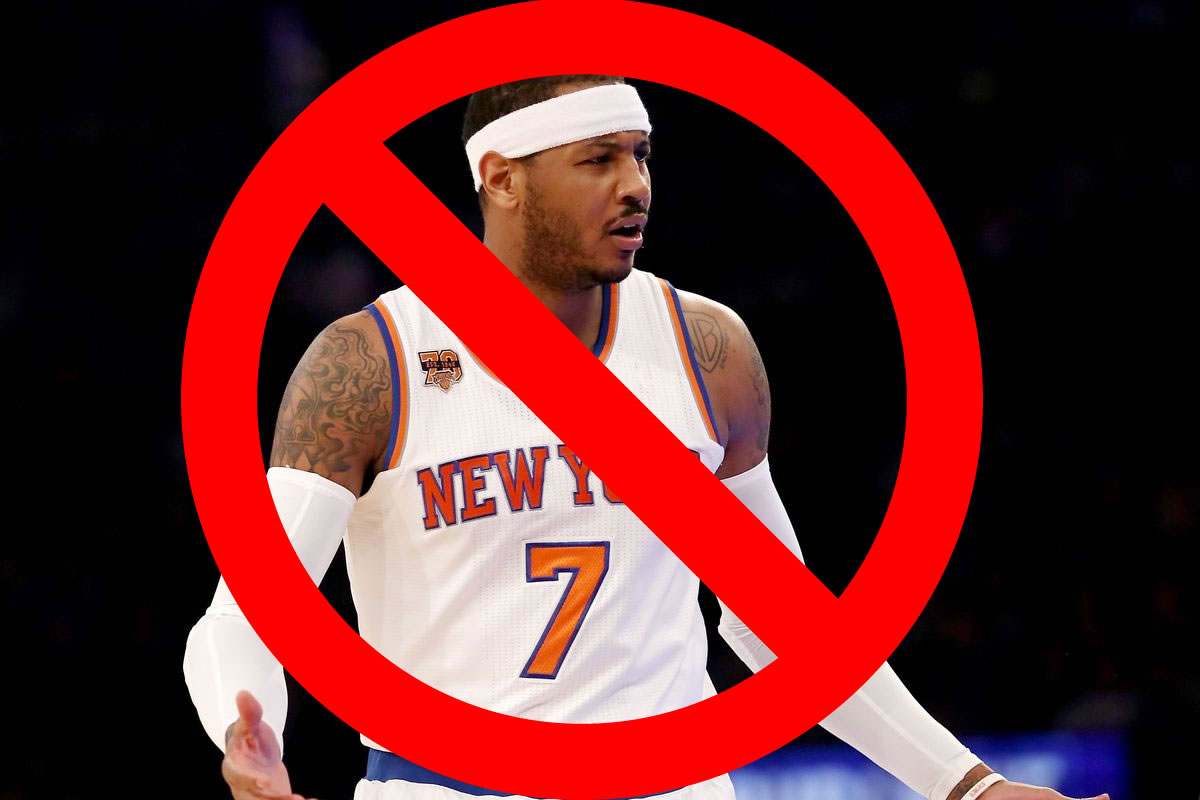 Your Morning Dump... Where, NO, the Celtics do not need Carmelo Anthony.

“Right now I think it would be nice if we had someone that was a 15-year vet, a 14-year vet that could kind of help us race along the regular season and understand it’s a long marathon rather than just a full-on sprint, when you want to play, when you want to do what you want to do. It’s all about attitude and effort. That’s all it is.”

That comment, coupled with the completely predictable failure of the Carmelo Anthony experiment in Houston, led some of basketball’s chattering classes to immediately note that Carmelo fits into Kyrie’s ’14-15 year vet’ comment, and speculate about the Celtics possibly going after Anthony:

Irving didn’t say “the Celtics should go and get Carmelo Anthony,” but ‘Melo is a 15-year NBA veteran, and it’s been hard to ignore the Rockets’ drama lately.

It says a lot about Anthony that despite his struggles with the Rockets, Irving is practically asking the Celtics to snap him up.

First of all, I highly doubt that Kyrie Irving had Carmelo in mind when he made that remark.

Secondly, Marcus Smart has already put his finger on the rather obvious problem the Celtics have been dealing with lately: Effort.

Stevens has taken responsibility for failing to motivate the team to execute consistently–as they know they can–from start to finish:

“You find your flow by making the next right play and playing hard, that’s it. When you’re in the game, you have a job to do on that possession, you do it. Then if you do it really well over and over again, you have a good team. We’re not there yet and so that, to me, is well-coached teams get there. We’re not a well-coached team right now, that’s pretty obvious.”

A: The Celtics’ problem is absolutely a lack of effort

B: Using Carmelo Anthony to solve that problem is like handing a drowning man a glass of water.

If Brad Stevens has a flaw as a head coach, it’s his inability to play head games. For the Celtics to be as good as they are capable of being, they need a guy on the court who can be that psychologist–doing all of the Kevin Garnett stuff that Stevens either can’t or hasn’t yet learned how to do.

That said, it is almost impossible to think of a player less capable of inspiring his teammates to play better than Carmelo Anthony. The man is a walking, talking advertisement for the concept of ‘subtraction by addition.’

Page 2: Where, yes, we’re going to keep harping on ‘attitude and effort’

“Energy, effort, those are the things that always have to be there,” said Horford.

If this team starts playing with attitude and effort, these games will more routinely tip in their favor.

And, if they don’t, then we can talk about bigger changes. Right now, this team simply needs an attitude adjustment and an effort injection  — and maybe a little bit of homecooking.

First off, Stevens and Ainge are not the kind of guys to make long-term moves on the basis of short-term trends. Ainge’s attitude, I can just about guarantee you, is “I gave you a team you can win with, and you get paid to win with them, so do your job.”

Now, shaking up the starting lineup? I could see that happening–and the Celtics’ next opponent calls to mind another time Stevens shook up the starting lineup to give the team a jolt: The first round of the 2017 playoffs, against the Bulls. I could definitely see Stevens starting Smart–and not necessarily at the expense of Hayward or Baynes. Smart over Brown could happen–and it might not be bad for both of those players.

Brown is the guy who shot his mouth off about five rings–and I mean, I like this kid, but that was stupid–and he’s one of the guys who’s just not playing up to his ability in the early going.

MassLive: ‘We’re not a well-coached team right now’: Boston Celtics’ Brad Steven shoulders blame for poor road trip | Boston Celtics’ Kyrie Irving: ‘It would be nice’ if Celtics had a 14- or 15-year vet

NBC Sports: Kyrie: ‘We’re not as good as we think’ | Looking ahead to a bountiful Celtics draft