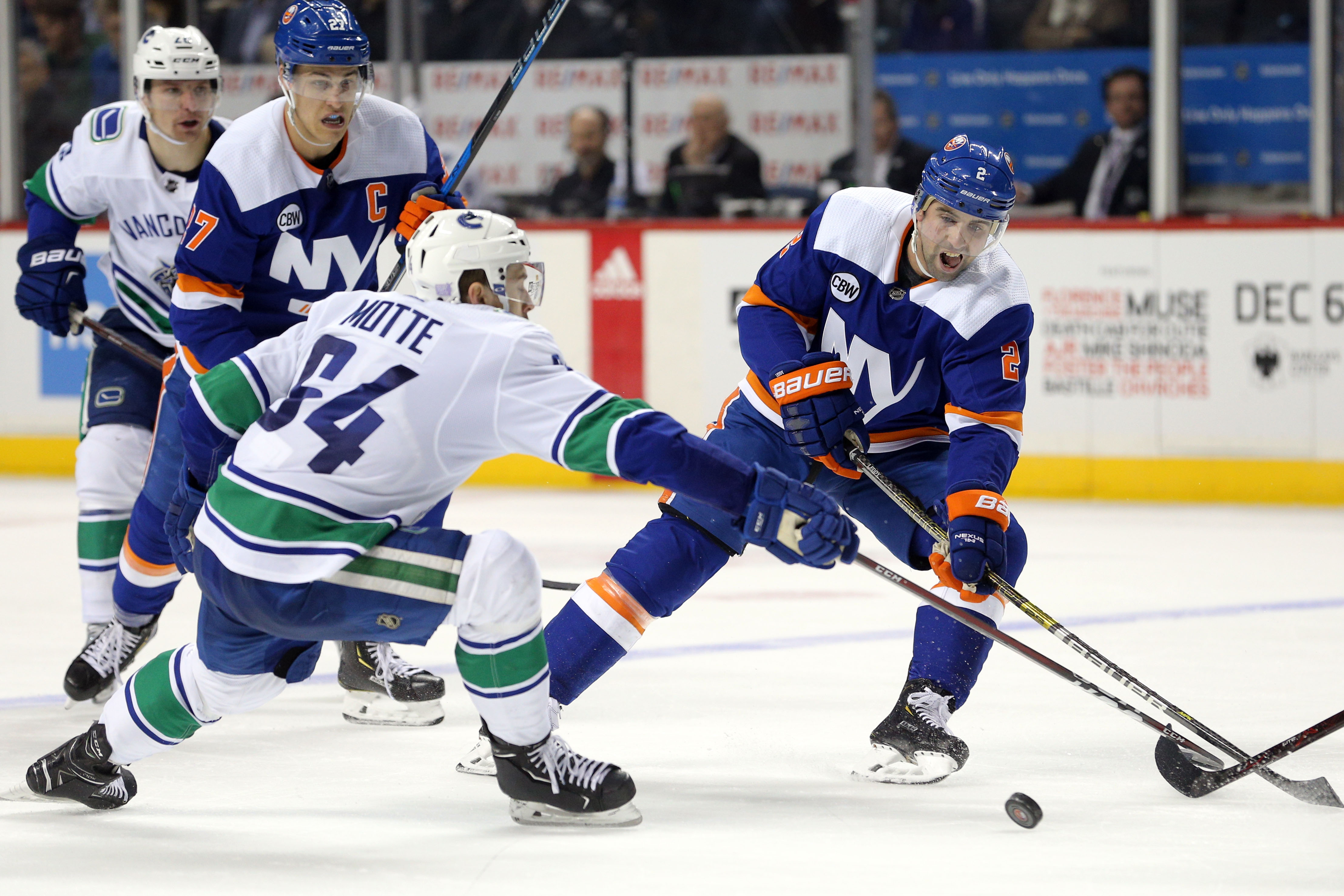 NEW YORK — There aren’t a ton of must-win games just over a month into the season, but if there was ever a time the Islanders could have used a win it was on Tuesday.

Having dropped three straight games, the good vibes from the Isles five-game winning streak were quickly disappearing. However, the Barry Trotz led team managed to turn things around (for one night) and defeated the Vancouver Canucks 5-2 in Brooklyn.

“There are different times of the year, just because it’s not April doesn’t mean it’s not a must win,” Cal Clutterbuck said. “There are moments in the season where you have good runs like we did leading into this little three-game trip, where we didn’t get things done. You don’t want to give a five-game winning streak back. We knew that tonight we had to dig in and win it.”

"You don't want to give a five-game winning streak back. We knew today we had to dig in and win it."

Tuesday’s victory was another example of how much the new structure has helped give the Islanders an identity and shown how the team can buckle down to win close games. The Islanders fell behind early against the Canucks, but quickly evened the score and then bore down when the game became close.

It was a characteristic the Islanders had lacked last season and cost them a number of games during the year.

“Tough start there, but (Tom Kuhnhackl) came back with a great goal,” Mathew Barzal said. “We kind of got a lucky bounce there with (Josh Bailey’s) goal. Some things went right for us. It was a big win.”

The Islanders fell behind 2:48 into the game off a goal by Brendan Leipsic, but quickly evened the score up. Kuhnhackl scored less than four minutes later on an impressive backhand shot that he got off while he was falling down.

“It’s a lot of luck that the puck somehow squeezes in, but I heard good things happen when you throw pucks on net,” Kuhnhackl said about the goal.

Bailey caught a lucky break 45 seconds later when an intended pass hit off the skate of a Canucks player and redirected into the net to give the Islanders a 2-1 lead. They extended that to 3-1 when Jordan Eberle finished on a pass from behind the net from Brock Nelson.

Jake Virtanen cut the lead to 3-2 less than three minutes into the second period, but a second goal from Kuhnhackl and Clutterbuck’s first of the season sealed the win.

The Islanders have shown what they can do when they stick to that structured system that Trotz has installed. During their five-game winning streak, it was on display as the Islanders found ways to pick up wins and be victorious in close games.

On Tuesday, some of that was again on display.