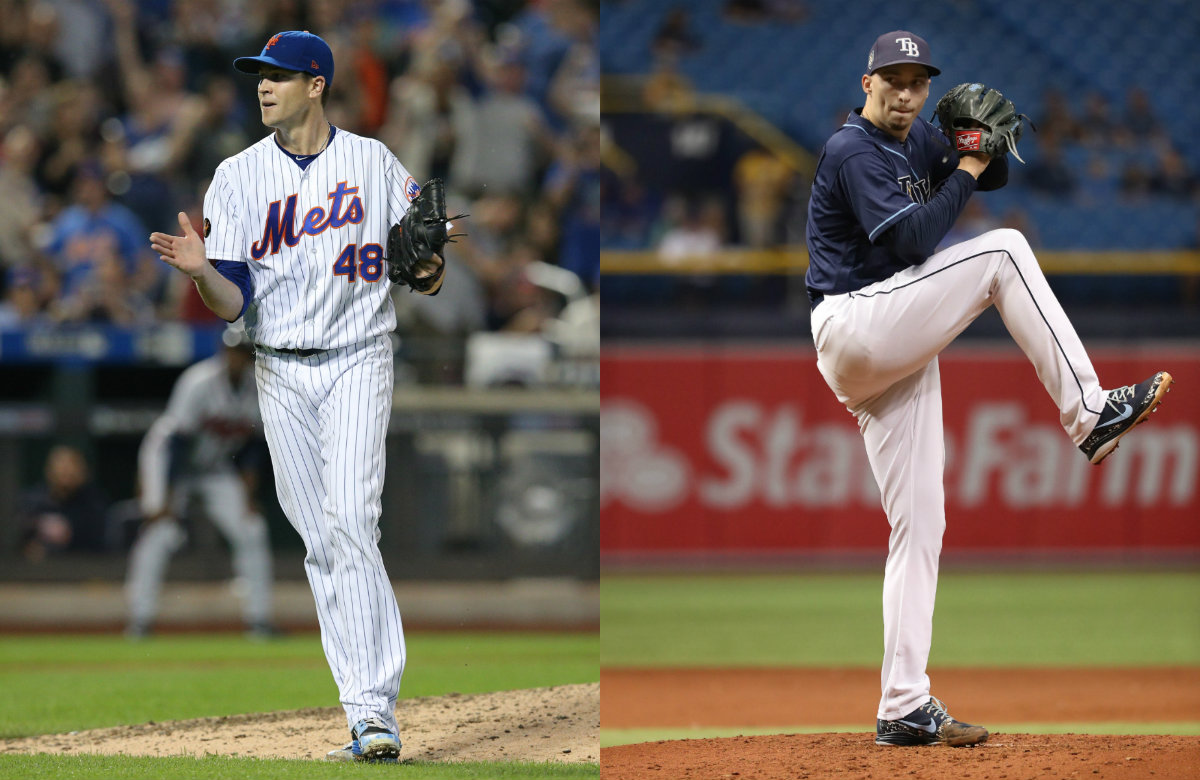 Winning an individual MLB award is always an incredible honor, but there are certain instances where it’s more special than others. Wednesday night provided one of those moments as Jacob deGrom and Blake Snell both etched themselves in history as Cy Young winners for their respective leagues.

Both hurlers took different routes to get here, but one common bond was their ability to prevent runs. While deGrom led baseball with a 1.70 ERA, Snell wasn’t too far behind — the southpaw’s 1.89 ERA was MLB’s second best among qualified starters. The first thought I had when realizing this was, “Man, I wonder how many times we’ve seen both the NL and AL Cy Young winner have a sub-2.00 ERA.”

Before I could even pull up Baseball-Reference to find out, the good ol’ Twitter machine had the answer.

Ask (sometimes without even saying it out loud), and you shall receive.

DeGrom’s journey toward winning the NL Cy Young in overwhelming fashion wasn’t easy because he just barely had a .500 record. He went 10-9 through a career-high 32 starts (217 innings pitched), which is the fewest wins ever recorded in a Cy Young campaign. However, the right-hander compensated by being consistently elite. He finished the year with 24 consecutive quality starts, allowed more than three earned runs in a start just once, and had a sub-2.00 monthly ERA four times.

On the other hand, Snell led the league with 21 victories through 31 starts (180.2 innings pitched) while being the Tampa Bay Rays’ one real starter amid their “opener” movement. His declining ERA and rising strikeout rate were easy to see throughout 2018, but he also had an interesting shift in pitch mix. Compared to what he did in 2017, the only offering in his arsenal that increased in frequency was his curveball. That pitch went from being used at a 10.3% clip to a 20.2% rate. This change worked quite well, as opposing hitters produced a 63.4% strikeout rate, .334 OPS, and -3 wRC+ against it.

MLB awards week is always fun for the debates as to who deserves to win, but deGrom and Snell more than deserved this honor. The fact that we just saw something happen for the first time in 46 years (and just the third time ever) is just icing on the cake.