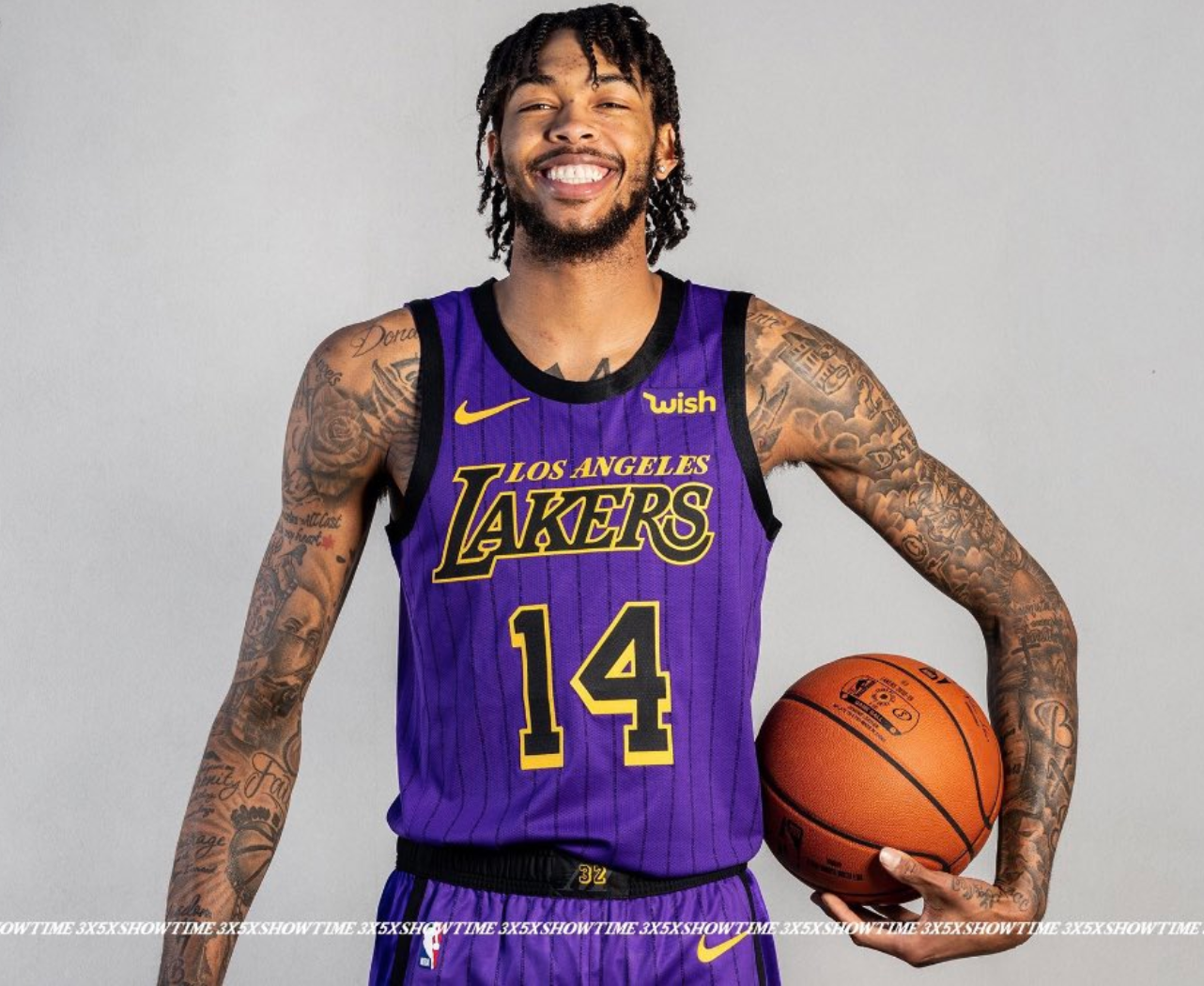 The Los Angeles Lakers have rolled out with an entirely new set of uniforms for the 2018-19 season that includes some intriguing designs.

One of which has been the City edition uniforms that have a unique design a layout that Los Angeles has attempted before. With that in mind, the team is set to debut them for Wednesday’s home game against the Portland Trail Blazers.

Suiting up in the new City Edition unis tonight! Dress your phones in the new threads, too. #WallpaperWednesday pic.twitter.com/T2LOQXE30w

The design for the uniforms is a dedication to Hall of Famer and current President of Basketball Operations in Magic Johnson. In the waistband, it has number 32 with an “M” in the background behind it. Meanwhile, the black pin striping spells out “SHOWTIME 3X5X” that is in reference to Johnson’s three MVP awards and five NBA titles. These are their alternate uniforms that still maintain the primary mixture of purple and black along with gold on the numbers on the uniforms.

This is a special way to show their appreciation for one of the greatest players in franchise and league history. Johnson has meant a lot to the franchise being one of the driving forces of the 1980s Showtime Era Lakers teams that helped further set the prestigious and illustrious history of the organization.

It has been taken to the next level with Johnson adding more championships to the mantel for the Lakers that have been a huge part of the reputation. Johnson is now currently holding the position of being the team president of basketball operations. Los Angeles will wear these uniforms in 12 different games this season