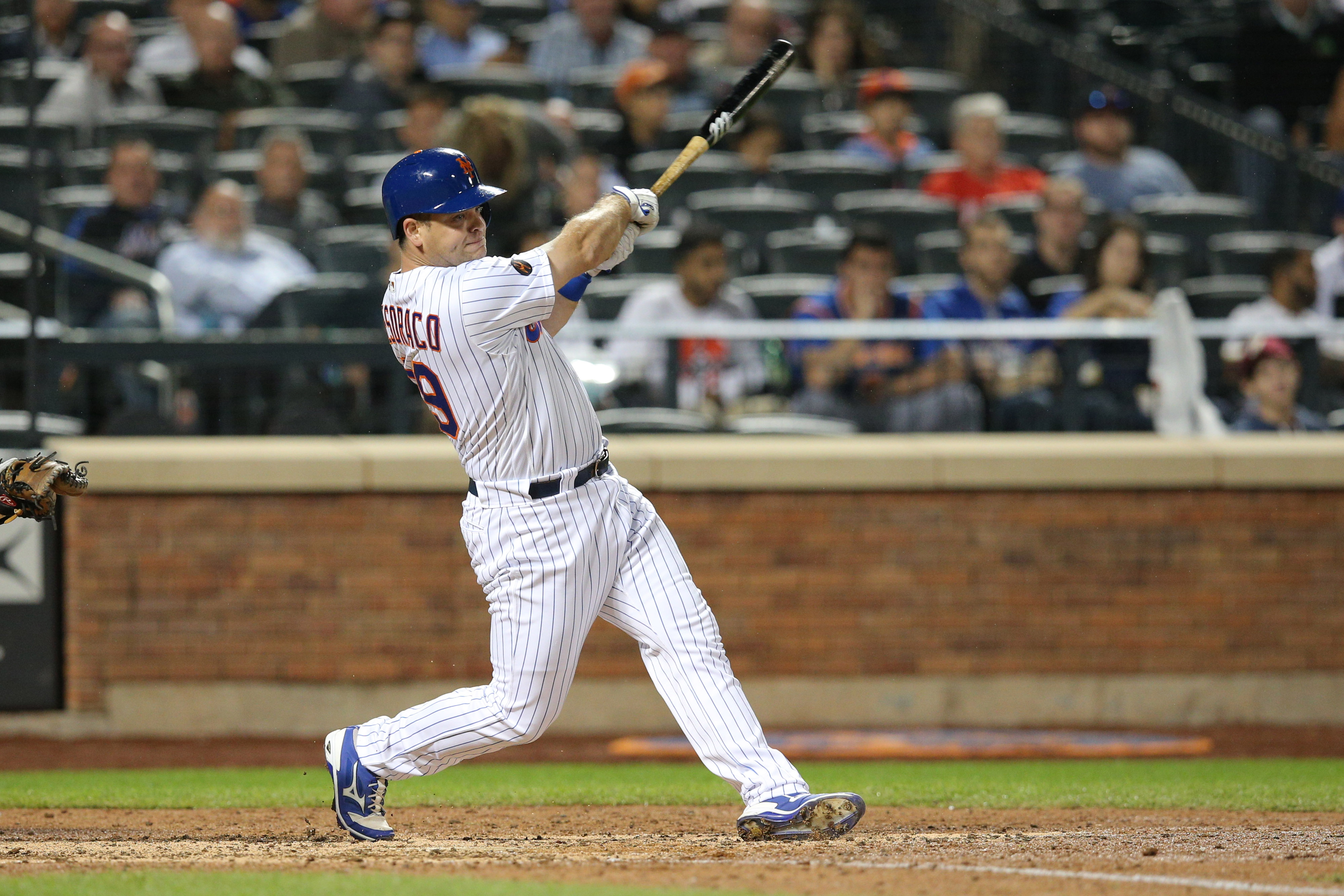 Now that the 2018 season is over for the New York Mets, we have been looking back at the year that was. After taking a more general view of the offense, pitching, and coaching staff, it’s time to take a look back at the Mets’ players. This series will take a look at every player on the roster for the Mets at the end of season from B (Tyler Bashlor) to Z (Daniel Zamora). The review will look at their season statistics, stories, and what role (if any) they will have next season. We continue the series today with a look at catcher Devin Mesoraco.

Story: Former All Star catcher Devin Mesoraco found himself buried on the Cincinnati Reds’ depth chart at the beginning of 2018. Injuries had taken a toll on Mesoraco, who was finally healthy again but buried behind Tucker Barnhart at the start of the season. The Reds were eager to move on from Mesoraco and found a taker in the Mets, who desperately needed catching help after Travis d’Arnaud and Kevin Plawecki landed on the disabled list. Mesoraco literally switched clubhouses as the deal was completed with the Mets in Cincinnati in early May, with one time ace Matt Harvey going to the Reds in exchange.

The Mets made Mesoraco the starter upon his arrival, and he hit very well early on, delivering clutch homers in the late innings. Mesoraco also helped the Mets’ pitching staff, notably Jacob deGrom, who worked very well with Mesoraco catching him in the midst of his potential Cy Young campaign. Plawecki eventually returned from the disabled list and earned a timeshare with Mesoraco due to the latter’s struggles, including a .212 batting average with only three homers and 11 RBI’s after the All Star Break. A nagging elbow injury was partially to blame for Mesoraco’s issues and he barely played down the stretch, collecting only 46 at bats over the final two months of the year. Mesoraco’s playing time came most frequently when deGrom pitched, and if deGrom wins the National League Cy Young Award tonight that will go down as Mesoraco’s greatest contribution in a Mets’ uniform.

Mesoraco offered some pop and an upgrade over the duo of Tomas Nido and Jose Lobaton when he arrived, but he was exposed as a shell of himself the more the Mets asked him to do. The fact that Plawecki ate into the majority of Mesoraco’s at bats in the second half shows that he has likely served his purpose in Flushing.

Taking a flyer on Mesoraco was a worthy gamble for the Mets, but it ultimately didn’t work out. Mesoraco became a free agent after the season was over and will likely look to latch on somewhere as a backup catcher in 2019. The Mets are looking to upgrade the catcher’s spot as well, and there is a chance they could circle back to Mesoraco later in the winter if the market doesn’t shake out in their favor. deGrom’s rapport with Mesoraco is the only reason his chances of return are as high as they are, but it is still likely that the Mets will move on and bring in a new backstop to pair with Plawecki.

Check back tomorrow as our Player Review Series continues with a look at starting pitcher Rafael Montero!