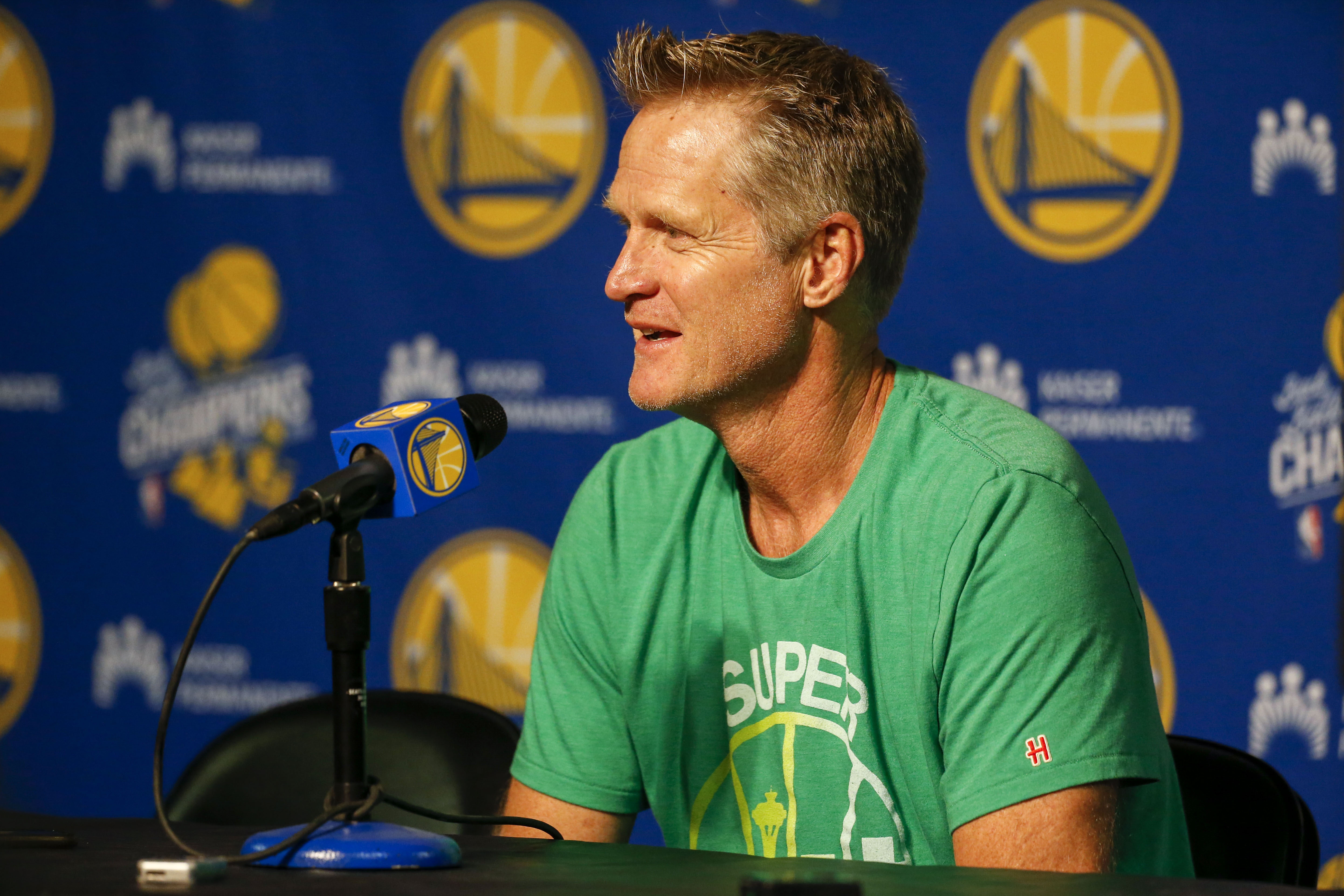 It’s a well-known fact that Warriors head coach Steve Kerr and the GOAT, Michael Jordan, once got in a fight during training camp as teammates on the Bulls.

The physical altercation took place in 1995, but unfortunately, given that it was before the age of social media, there’s no video of the fight. That was back when these types of incidents actually remained behind closed doors, which isn’t the case anymore, as everyone has a camera phone.

Kerr was randomly asked about the incident during a press conference, specifically how his role in that fight helped him deal with the heated altercation between Draymond Green and Kevin Durant, which took place late in Monday’s loss to the Clippers. Kerr offered up a hilarious response to break up the seriousness of the presser a bit, as he often does.

Yeah, we’re gonna have to score MJ the winner of that one, given Kerr’s black eye, but we love his sense of humor nonetheless.