The Warriors' worst enemy is themselves 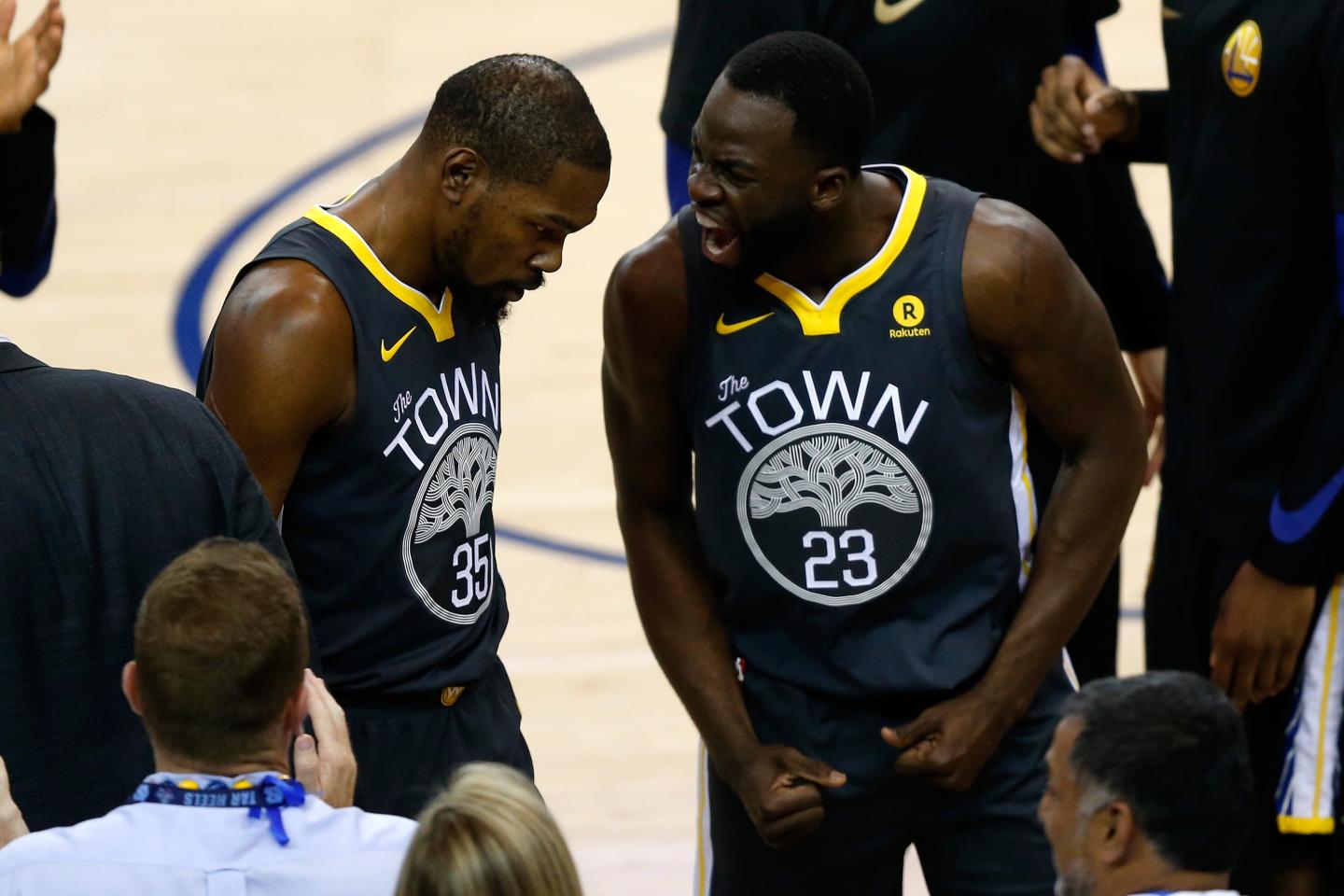 The Warriors' worst enemy is themselves

This is the situation the Warriors wanted to be in.

Warriors’ ball, seconds winding down.  Draymond Green rushes up-court. In a game where the Warriors had never had the lead over the Clippers, the ending seemed to point to another stunning Warriors victory in dramatic fashion.

Draymond crosses the half-court line and passes to an open Kevin Durant, who nails the buzzer-beating 3 as time expires.  Warriors walk away victorious, having stolen victory from the clutches of defeat.

In reality, Draymond held onto the ball, never passed, lost it, and time expired with the lethal-shooting Warriors never even having gotten a shot off.  They lost in OT.

It was a mental mistake, a judgment call that turned out to be the wrong one.  But what ensued proves that the Warriors will likely not be torn apart from outside forces.  Their eventual demise will be from within.

On the bench at the end of regulation, Durant could be seen clearly frustrated, yelling at Draymond that he should have given him the ball.  Draymond can be seen yelling back, and while the exact wording is not known, the players’ and coaches’ reactions reveal that Draymond had strong words in return.

But what seemed like just another family squabble turned into something bigger.  On Tuesday, Adrian Wojnarowski and Marc Spears reported that Draymond and Durant’s scuffle carried over into the locker room after the game.

Multiple teammates apparently criticized Draymond’s decision making in those final seconds of regulation, and Draymond, in classic Draymond fashion, defended himself loudly.  The bad blood hadn’t come to an end even with a plane flight back to Oakland, as the team was still working through the repercussions on Tuesday.

Wojnarowski called the entire situation “one of the most intense and volatile scenes in this Golden State championship era.”

Since Steve Kerr took over, the Warriors have always been known for their culture of joy and having fun playing the game of basketball.

The locker room chemistry has been mostly positive, with nothing to report about, even with a high-tempered player like Draymond Green.  Other than a few Draymond outbursts here and there, the team got along quite well, as the Warriors would actually go out to eat together on team dinners when they were playing away games.  That’s not something you see often in today’s “me-first” NBA.

Last season brought some turmoil, as both Iguodala and David West alluded to some testy locker room times throughout the season.  But it’s a testament to the Warriors that none of that reached the ever-present media.

But now, at last, Draymond’s pot is boiling over.  His scuffle with KD and teammates resulted in a 1-game suspension by the Warriors.

It’s no coincidence that all of this is happening without Steph Curry, who didn’t travel to LA to get treatment on his adductor strain.  Curry typically plays the role of peacemaker, and has a strong friendship with Draymond Green.

Curry is someone who can talk down Draymond, and someone who probably could’ve provided some wise words for Draymond before he went off on all of his teammates.  But without Steph in the picture, KD and Draymond lost it in the moment.

It remains to be seen whether this will impact the Warriors on the court in the long-term.  Draymond has had temper blow-ups before. KD has been frustrated before. But is this finally the seed of discontent that will hurt the Warriors in the long run?  Or is the story merely blown out of proportion because it’s the top dog, happy-go-lucky Warriors that it involves?

In a culture full of joy and camaraderie, there is now controversy. Anger. Bitterness. Grudges.

This is the situation the Warriors don’t want to be in.

Time will tell if cooler heads will prevail in the end.  Or if the Warriors’ scorching tempers are going to extinguish their hot start to this young season.