Your Morning Dump... Where Gordon Hayward offers to come off the bench 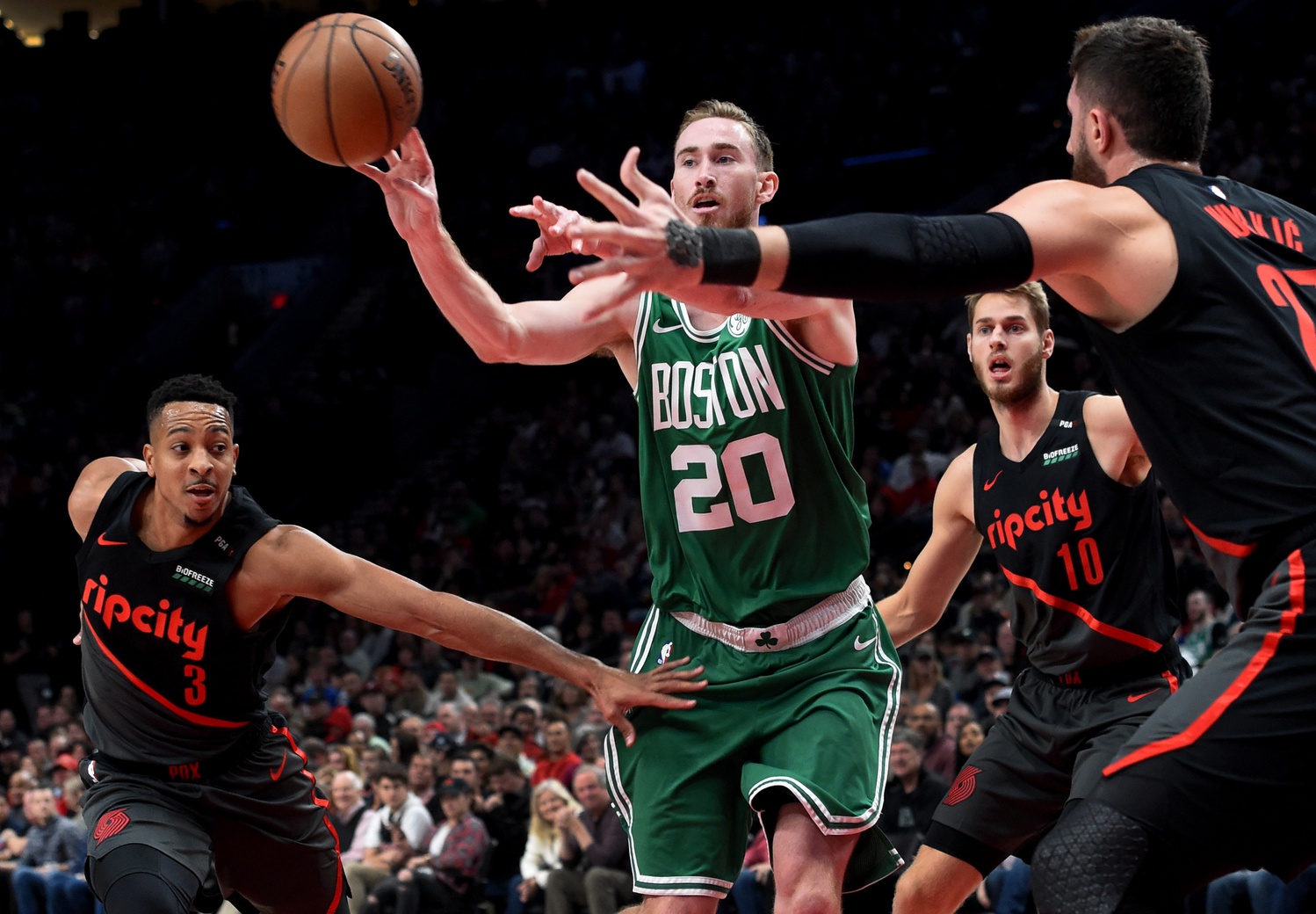 Your Morning Dump... Where Gordon Hayward offers to come off the bench

On Tuesday prior to Celtics practice, Hayward said he would be willing to come off the bench, if necessary.

“We have to figure something out because for whatever reason we’re not playing our best basketball right now,” Hayward said. “… There’s obviously a little bit of rust and sometimes you just go through those phases. You go through slumps. The shot feels good in practice and looks good and for whatever reason in the game, they’re in and out.”

I haven’t wavered from my stance that the Celtics should stick with their current starting five and work things out. For those of you who have adopted coach Stevens’ mentality of monitoring growth over results, you would know that this is the time to keep a cool head. Things really aren’t as bad as they seem, and in some cases, aren’t all that different than last season. The Celtics make games competitive while shooting the ball as if they were blindfolded while still holding onto the league’s best defensive rating. They generate countless open shots and they’re a few missed layups from at least three more wins. Even without fixing any of their evident issues with chemistry, the Celtics could start posting some wins if they finish at the rim like they should.

2. The coaching explanation would make more sense if there weren’t clear indicators the offense is on the verge of an uptick.

Put simply: Open shots aren’t falling for Boston. Entering Sunday’s game against the Portland Trail Blazers, the Celtics were first in the NBA in open shots (closest defender within 4-6 feet) attempted, averaging 28.8 per game. They were also 28th in field-goal percentage on open shots, per the NBA’s stat site.

When you expand that to wide open (closest defender more than six feet away), Boston is second in attempts and 14th in percentage. That’s a better number, but still a problem — combine the totals for open and wide open, and the Celtics have still generated the most looks while their field-goal percentage is 25th.

Everything is working as intended. The shots are bouncing out. My prediction: they will fall eventually.

Let’s address this “Gordon Hayward off the bench” business more directly. I don’t think it’s necessary for two reasons. First, the stats above are enough justification to leave things how they are. Second, Hayward’s minutes restriction is quietly being lifted as he played 31 minutes against Portland, up from his usual 25. The ideas of playing Hayward more and bringing him off the bench are sort of at odds with each other, although it is worth noting that Marcus Smart has averaged 30+ minutes per game as a bench player before. Still, it makes more sense to reintegrate Hayward as a starter to try to build on long-term goals. Sure, they can plug Marcus Morris into the lineup right now, but how much does that help when he walks next summer? The Celtics have time to build on what they should have and they should use it. Panicking 13 games into the season and turning everything on its head would be totally unreasonable.

On page 2, Marcus Smart speaks up

Let’s be real. There is no page two here. Just one big ol’ ugly page one about the Celtics playing poorly. But, I love Marcus Smart, so he gets his own section. Here’s what might be the most relevant player quote in the young season:

“We’re no longer the hunter. We’re the hunted now. Everybody is coming after us, everybody sees and reads what’s been said and what we’ve done. And, rightfully so as competitors, they take it as a disrespect to them, they want to go out and prove what they can do, so we’re going to get everybody’s best game. And if we’re not expecting that then, we’re going to continue to keep going into these deficits and getting our ass kicked.”

And he’s right. Everybody is coming into this season wanting to respond to all the hype surrounding the Celtics. Toronto may very well be the best team in the East, but try explaining that to every team whose had their name dragged in the mud for not putting in work like the Celtics have. Hopefully, this type of communication from Smart is what gets things moving. If not… then I don’t know. I’m not panicking. Unless they lose to the Bulls at home. Just kidding.

Boston.com: Here’s what’s wrong with the Celtics offense (John wrote this one so click it)

Boston Globe: After lukewarm start, Celtics don’t seem to be taking any heat