Jimmy Butler is gone, but there is still a disconnect in Minnesota 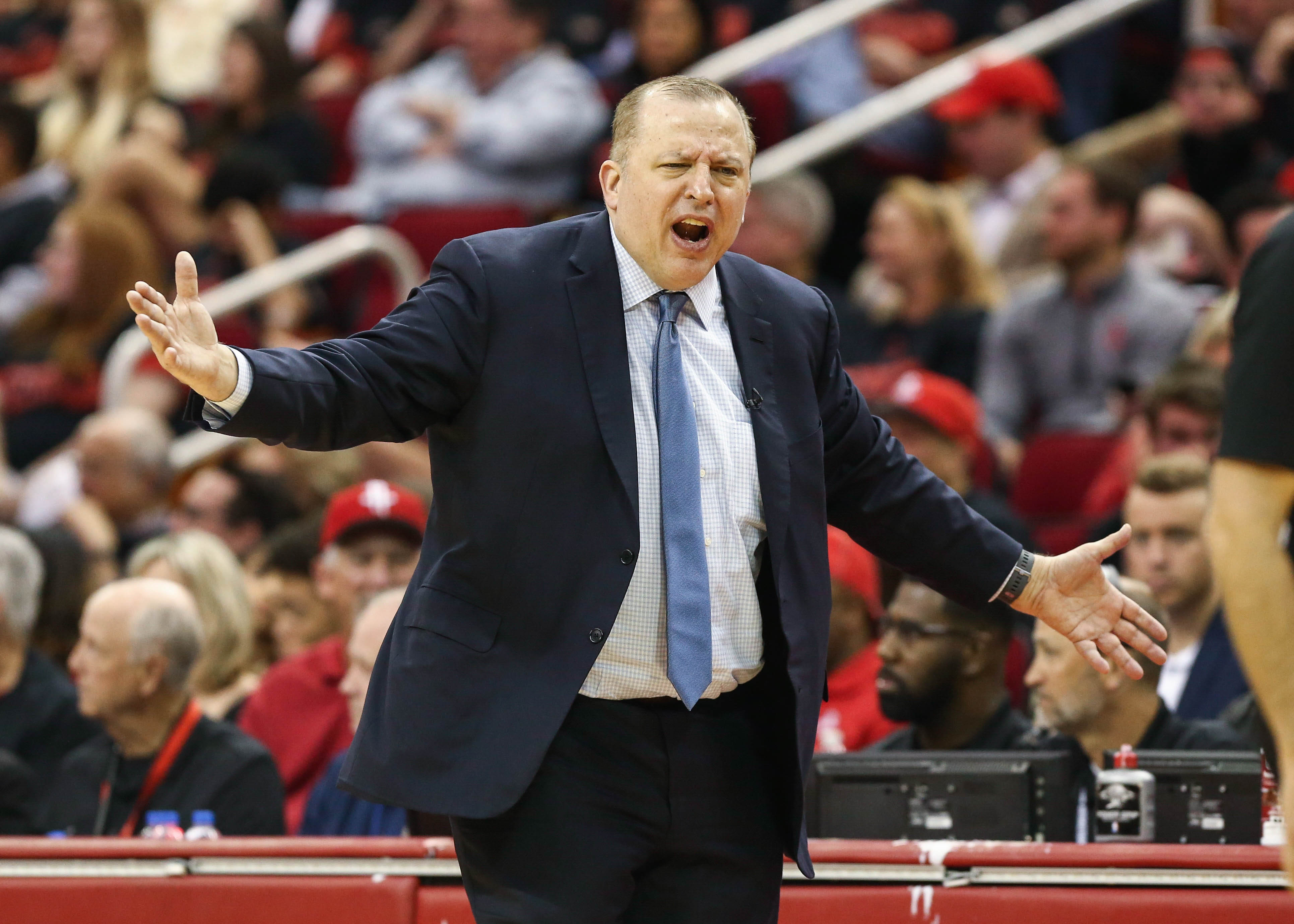 Jimmy Butler is gone, but there is still a disconnect in Minnesota

Butler was the fall-man for a lot that has gone wrong for the Wolves so far this season–both on the court and off. Because of that, he took a lot of heat from the media and fans which was evident at every home game when the loudest boos heard all night happened when the PA announcer introduced Butler as part of the starting lineup.

Butler is gone, but the problems are not. Fans are still not happy with the head coach and President of Basketball Operations, Tom Thibodeau. The boos seem to echo a little louder than usual throughout Target Center due to the low attendance numbers.

Trying to decipher why fans are mad at this organization has become quite difficult as of late due to the vast number of issues Wolves’ fans can choose from. One would think once Butler was shipped out, the fans would put down their pitchforks and torches and slowly but surely filter back into Target Center and watch some (at times slightly maddening) basketball. While still early in the lying-down-of-arms process, people are still mad and the finger has been pointed at Tom Thibodeau.

Adrian Wojarnowski wrote an article for ESPN a few days ago outlining the final days of Butler in a Wolves jersey, and the dysfunction that ensued. Woj didn’t pull punches either when discussing Tom Thibodeau’s role in the whole debacle, either. “Thibodeau the coach turned out to be Thibodeau the president and coach: embroiled in turmoil, entangled in needless clashes and chasing today over tomorrow,” said Wojarnowski. “His big score as an executive turned out to be his undoing as a coach. Jimmy Butler’s gone now, but the price to get him, appease him and ultimately trade him could cost Tom Thibodeau everything.”

The execution on the court by his players has perhaps warranted some of the heat Thibs might be feeling early this season. His own players (particularly Jeff Teague) have gone on record multiple times saying he wishes they would modernize the defense and do more of a switching concept like almost all other NBA teams do. This, alone, has upset a lot of fans as the Wolves find themselves with the lowest ranked defense in the league so far this season, and haven’t finished outside the top 25 in defensive rating since the arrival of defensive mastermind, Tom Thibodeau. Add to that an isolation-heavy offensive scheme that has had a hard time incorporating it’s best offensive player. Too often has KAT utterly disappeared in many fourth quarters to start the season.

In addition to the X’s and O’s, there have been nights when many Timberwolves players have looked like they are just going through the motions and working for the weekend. The sloppy play, lack of effort, and the poor record have culminated into a giant shit-storm that has been hard for the Wolves to navigate. Most of the time, the head coach is the fall man in these situations. After all, coaches have been fired for much less.

But take away the X’s and O’s for a minute–which is weird to say considering that is the primary responsibility of a coach. There is a much more concerning issue for this franchise.

On Monday, the Wolves took on the Nets and witnessed a very scary injury suffered by Caris LeVert. The following day, NBA writer extraordinaire–ESPN’s Zach Lowe–wrote a compelling piece profiling Caris LeVert and his meteoric rise from his days as an underrecruited highschool player, to a guy who saw his draft stock fall due to a plethora of foot issues and surgeries to an Most Improved Player candidate before the injury. The piece had many quotes from Nets head coach, Kenny Atkinson describing LeVert as a person and player. However, what stuck out to me in this article was the genuine love and mutual admiration the two have for one another. One example described was LeVert face timing Atkinson on his birthday because Atkinson had accidentally done that to him on his birthday–starting a new, cherished tradition between the two of them.

It has become evident to me that there is a massive disconnect between the Wolves young players and Tom Thibodeau. I can count on two hands the number of Timberwolves games I’ve missed since Thibs was brought on in 2016. And every game I see the same thing. When Towns or Wiggins gets subbed out, they walk past Thibs and don’t speak a word to each other. There is no exchange of anything. No high-five, not pat on the butt, no exchanging of what each other are seeing on the court. Nothing. But that is not the case when Derrick Rose or Taj Gibson check out. There is usually no exchange of words, but there is sometimes a low-five exchanged–which is about as much as you are going to get out of Thibs. Now I might be reading too much into this, but the lack of interaction and off-the-court chemistry is palpable between Thibs and the young, maxed-out Wolves and it’s evident on the court.

For reference, the majority of head coaches around the league at the very least give their players a slap on the butt–especially the highly-regarded ones (Steve Kerr, Greg Popovich, Brad Stevens, etc.) Quin Snyder is regarded as a hard-nosed type of coach, yet he does this with his players.

And his players responded.

This ain’t normal man! This is genuine love right here and is the reason we will always fight for Coach Quin 🙏🏾🙏🏾🙏🏾 @CJC9BOSS @rudygobert27 https://t.co/B15ijI03A7

I’m not saying Thibs has to change his whole personality and start cheering and fist-pumping when KAT makes a shot or clap enthusiastically as Wiggins misses a help-side rotation (could you imagine though!?). Just as a fan, the constant yelling, and berating on the court has become exhausting to listen to. So I can only imagine what that does to a players confidence and psyche to be subjected to that regularly.

I’ve never taken much stock in the idea that everyone in an NBA locker room needs to be best friends. Don’t get me wrong–that certainly helps–but the reality is that it’s just like any other work environment. Coworkers don’t always hang out together after work, and the boss doesn’t need to constantly interact with his subordinates. However, it is the bosses responsibility to inspire his workers and to create an environment that fosters personal and professional growth.

It will take a while, or maybe never, for Wolves fans to accept Thibs as the coach of the future for this team. The latest reports say Thibs has the remainder of this season to coach for his job. Perhaps a simple, kind gesture every now and again to his young players might go a long way in building some of those relationships which might give him a fighting chance to keep his job come seasons end.