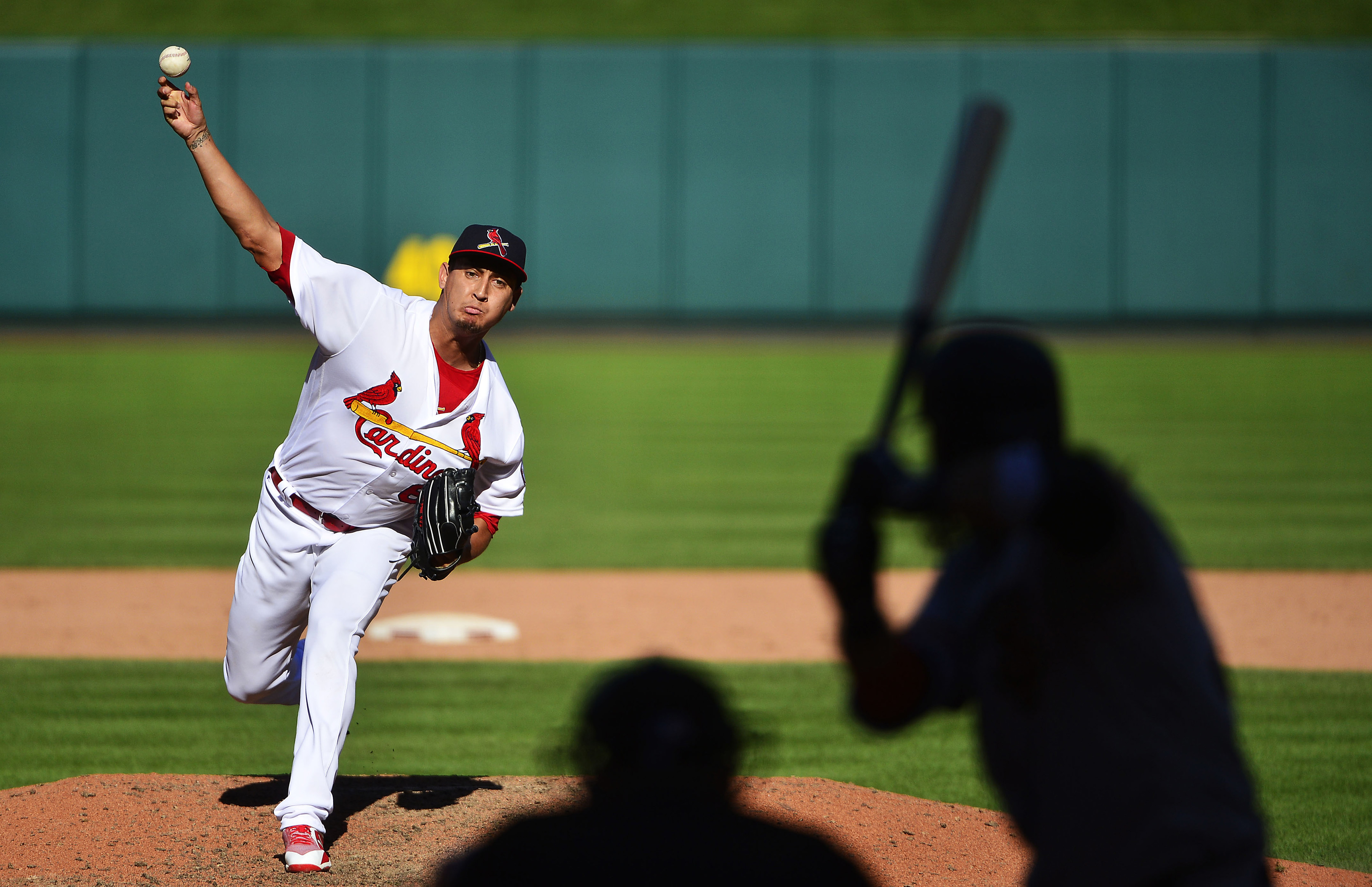 Things are a little slow on the Cardinals front. However, there is never a wrong time to talk about an underlying issue that has plagued the Cardinals.

The last few years, the idea of shuffling bullpen pieces via the “Memphis Shuttle” has been bandied about quite a bit. It’s a great theory, in which the team avoids overuse on bullpen arms by simply trading one out for a pitcher from AAA every few weeks — or after a run of heavy usage — and effectively having a 12 man bullpen through player rotation.

It’s a great theory, but the Cardinals have failed to construct a roster that truly allows it to work.

Last spring, I wrote a piece that ran through 24 bullpen options that the Cardinals could use in the 2018 season. 18 of them made an appearance during the regular season. As a whole, the team deployed a franchise record 30 players on the mound. 2 were position players, leaving 28 actual pitchers.

All of that would indicate a ton of player movement. There was, but mostly due to injuries. Had the opening day bullpen (plus Holland, who replaced Mayers 10 days in) stayed healthy, only 3 of the 8 pitchers would have been movable.

Here’s how that looked with Major League contracts (-), out of options (*), and players with options (+).

Had Luke Gregerson not been hurt in spring, there would have been yet another immovable pitcher (though they may not have signed Holland if a healthy Gregerson existed as an option to close).

They did the same thing in 2017, opening the season with 5 of 7 pitchers out of options or on contracts.

The problem, of course, is that the middle relievers are the ones you want to shuffle, and the Cardinals couldn’t. In 2017 it was Broxton and Socolovich blocking the way. In 2018, Cecil and Tui were both fixed. Of the players with options, Leone was ticketed for a late-inning role, Hicks was the electric rookie, and Bowman was the manager’s favorite reliever.

The result was Mike Mayers and John Brebbia, the best two relievers during Grapefruit League play, finding themselves at Autozone Park when Memphis played their home opener on April 10th.

Brebbia, despite making only 45 appearances, would end up with the highest fWAR in relief for the Cardinals for the 2018. Mayers would end up tied for 3rd with Carlos Martinez.

Based on SIERA (skill-interactive ERA) Brebbia again lead the team at 3.17, with Mayers 4th at 3.69.

Brebbia led Cardinals relievers with a 28.7 K% — he was their best reliever, which is easily overlooked — while Mayers had the lowest BB% (6.6) on the team.

By those metrics, the Cardinals *effective* (because of Holland’s delay) Opening Day bullpen did not include 2 of the team’s top 4 relievers.

And like I said, these two were very good in spring training, so it’s not a case of them ascending mid-season. The Cardinals already knew about them, and were forced to leave them off the roster due to the rigidity of the bullpen constructed during the winter.

If the season were to start today, based on the players on the 40-man roster (which obviously will change) and assuming health, here is how the bullpen would line up with: contracts (-), lack of options(*), and finally flexible pitchers with options (+).

That is a good start in regards to flexibility. It’s not necessarily a good bullpen, but it’s not immovable. The biggest issue is that the 3 fixtures are the worst 3 returning pitchers.

Now, let’s assume that the Cardinals add a LHP via free agency, thus putting another guaranteed contract in the mix.

Then they grab a veteran RH to back up Hicks in late innings.

And what if Adam Wainwright winds up in middle relief?

Suddenly, it’s a lot more crowded, and instead of just 3 fixtures, it’s 5 or 6. This forces Mayers and Gallegos out of the picture in favor of Gregerson, Cecil and Shreve. This is what we are trying to avoid.

The Cardinals can stay flexible

With a couple shrewd moves.

One route is to non-tender Chasen Shreve. He was fairly disappointing after arriving from the Yankees and just did not retire LH hitters. He is due for a pretty significant salary (for a reliever) in arbitration. Letting him go is an option. You can effectively replace him 1-for-1 with your free agent (or trade) acquired LHP.

Luke Gregerson and Brett Cecil have a lot to prove in spring training. The latter may not make it that far, as the Cardinals will surely look to offload at least a portion of Cecil’s salary in favor of opening a roster spot. With a proven lefty added, they can then leave the 2nd LH role open to competition in Spring among Tyler Webb, Genesis Cabrera, Tommy Layne, and others.

Webb and Cabrera would carry minor league options. At worst, you still have 3 immovable pitchers in the bullpen. But that is less than half, and thus a manageable number.

The problem the last few years is that the team went to Spring Training with the majority of the bullpen locked-in place simply because of contract status. They were making their March decisions in December. Performance became secondary.

What the Cardinals cannot do is fail to move Cecil or Shreve, add additional Major League relievers without options, and carry Gregerson into Opening Day based solely on his contract. (If he has a great spring, fantastic but he has to earn it. We don’t need another Broxton situation.)

Failing to export non-option pitchers while adding other veterans would result in a bullpen that excludes an electric arm like Gallegos. He is poised to be 2019’s John Brebbia if the Cardinals don’t avoid locking up too many bullpen spots with lower quality relievers.

They can add to the bullpen and improve it while still keeping it flexible. They just have to cut themselves free of some of the dead weight.

The best bullpen will be bred from competition. Relief pitching is volatile. Let the player performance dictate the final bullpen makeup. Stop leaving 1 or 2 of your best relievers to waste in Memphis. Let’s keep things flexible and actually take the best 8 to Milwaukee for Opening Day.

That can all start with a properly managed offseaon.