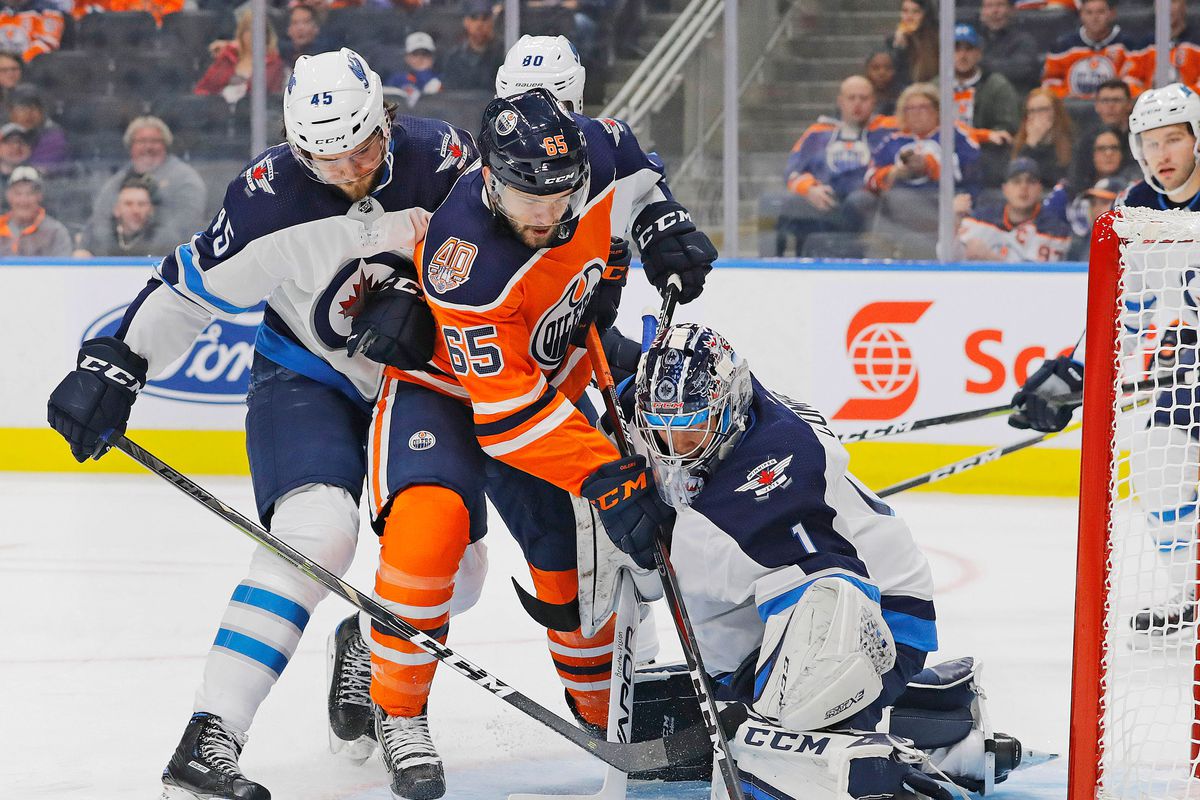 The Bakersfield Condors walked into the state of Iowa to play two games starting last Thursday morning. They left late Saturday night with four points in their pocket, the hottest kid line in hockey and two former first round picks joining the roster.

For the first time since the Edmonton Oilers relocated their AHL affiliate to the city, hockey fans in Bakersfield have a real reason to be excited. Their club is actually good, and the Condors possess a number of legit NHL prospects that will no doubt be making a mark at hockey’s highest level.

Maybe the most exciting part? This has the potential to work for quite some time, as Edmonton’s system continues to grow and the kids finally get their at-bats at the professional level.

Say what you will about him on last year’s Edmonton staff, but Jay Woodcroft has worked wonders on the farm early this fall.

Four For The Road:

The Condors had another relatively quiet week, just playing a pair of games in Iowa against the Wild. It was the first two meetings on the season for the sides, and the first extended road trip of the season for Bakersfield.

It started with a minor league tradition, the school day game, on Thursday morning. In front of a boatload of screaming kids, the Condors’ kids fittingly put on a show. After Iowa opened the scoring, Tyler Benson tied the game 46 seconds later with his second of the season. Cameron Hebig would knot the game at two 12:06 into the first after another Wild tally.

The second period saw the first Bakersfield lead of the game, as William Lagesson scored his first career AHL goal just 14 seconds into the period. Patrick Russell’s fourth of the season provided some insurance, but two Wild goals 15 seconds apart midway through the third period tied things at four. That pushed the game to overtime, where the kid line scoring trifecta would be completed.

Cooper Marody put home his third goal of the season and his first career overtime winner 1:30 into the extra frame, giving the Condors their third win in a row.

The winning streak would go to four games on Saturday night thanks to another strong performance by the kids. Caleb Jones opened the scoring 11:08 into the game, while Lagesson and Benson would each add their second tallies of the weekend series before the night was out. Veteran Brad Malone scored his fifth of the season in the victory as well, as Shane Starrett stopped 34 shots to collect the W.

Benson finished the weekend with three points (2-1-3), while Hebig (1-1-2) and Marody (1-3-4) chipped in as well. The kid line dominated the weekend, and continues to be one of the best trios in the AHL early this season.

Starting Friday night, the Condors will open a busy stretch that sees them play seven games in 15 days. That stretch opens at home Friday night when the Condors meet the San Diego Gulls for the second time this season. The Gulls are off to a slow start under coach Dallas Eakins, but are starting to get players back from Anaheim.

They’ll return home Saturday for their first ever meeting at the AHL level with the Colorado Eagles. The Avalanche’s new affiliate makes their first visit to Bakersfield since joining the league this summer. The sides will meet again on Tuesday night in Bakersfield.

Following Saturday’s victory, Marody received his second recall of the season. He is currently up with the Oilers, and won’t be available for the weekend for the Condors. In fact, with Tobias Rieder now injured, I wonder how long the Condors will be without their rookie pivot.

Although it sucks to lose a player like Marody, the Condors gained two pretty talented forwards over the weekend. The Oilers assigned Jesse Puljujarvi and Kailer Yamamoto to the club after they struggled early in the season. I’d expect Woodcroft has the mandate to play both of these kids heavily, and I wouldn’t be at all surprised if they both ended up inside the team’s top-six forward group.

Although they have yet to emerge as NHL’ers, both of these players have immense potential and are key to the Oilers organization moving forward.

This is a big test for Woodcroft, how he deploys and develops the crown jewels of this Edmonton system.