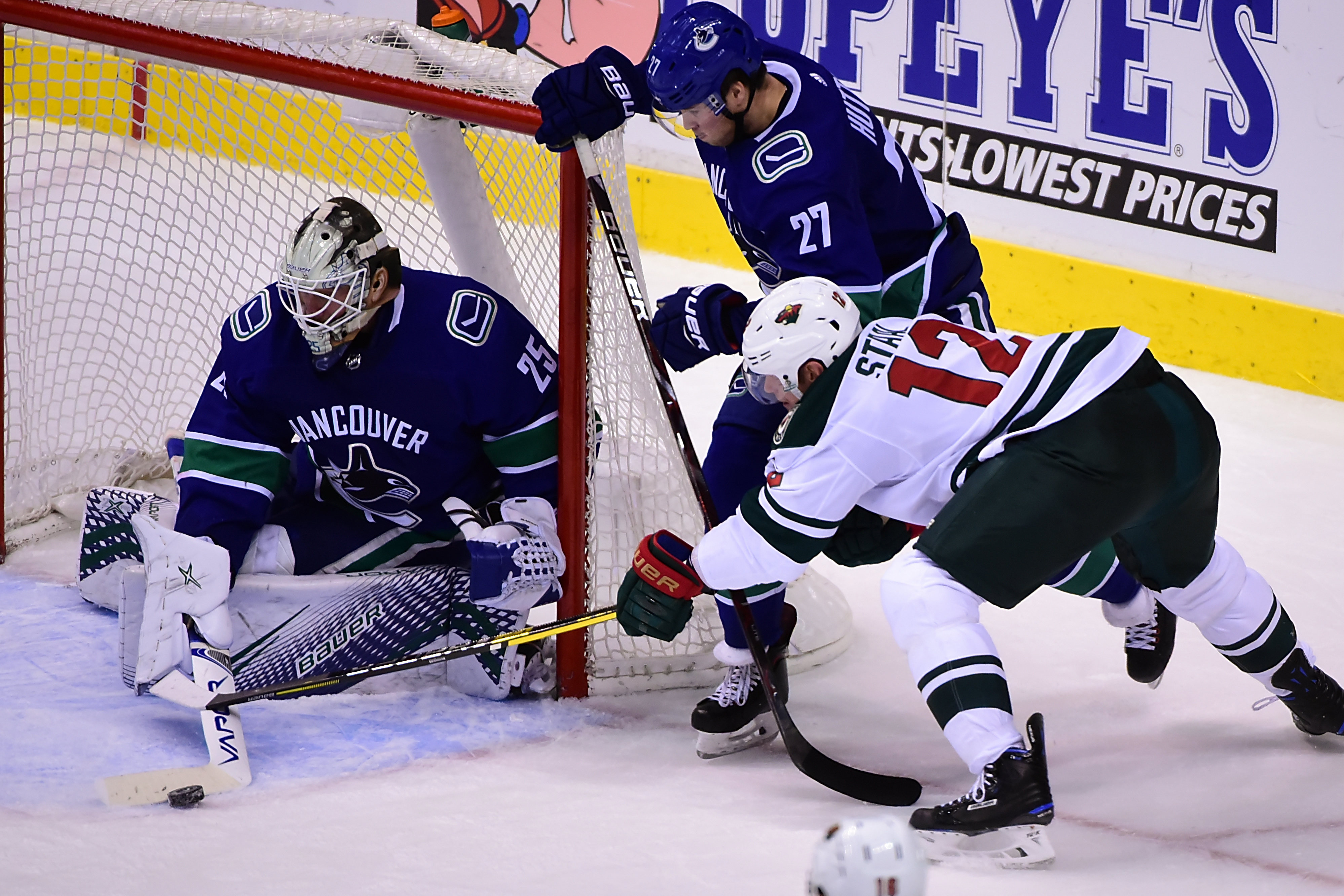 So as we have been prepping both this preview and the post-game coming later tonight, we were going on a bit of a historical field trip. And by historical, we’re talking recent history. And with that field trip, combined with NHL Commissioner Gary Bettman’s Hockey Hall of Fame induction speech, I started wondering when the next nightmare known as CBA negotiations begin.

Since 1992, labor negotiations have not gone smoothly when it comes to the National Hockey League.  In 1992, there was a player strike.  Then in the 1994-95 season, there was a lockout that reduced the season to 48 games.  For many fans, the harshest of the labor disputes was the 2004-05 lockout.  This one, lasted the entire season.  Young NHL players found themselves in the AHL (this is how we ended up with an illegal Pierre-Marc Bouchard stick), older players played in Europe.  And of course, we the fans were left high and dry.  While we hoped that players and owners had learned from the 2004-05 lockout, imagine our disappointment and frustration when we had another shortened season in 2012-13.  Now, we have to begin to wonder how doomed everyone will be with upcoming negotiations.  The next two Septembers (2019 and 2020) are going to be key.  And like always, there are some big issues that need to be hashed out: revenue, escrow, and of course NHL participation in the Olympics.  I don’t expect things to be pleasant, and I have a bad feeling that all or part of another season will be lost.

To add to the frustration, there’s nothing more annoying than watching people making vastly more money than the average person arguing about making even more money. So while doom and gloom is most likely upon our doorstep, I hope you enjoy this lockout anthem.

What is one of the most frustrating things about a lockout is that is pauses any attempts at improvement.  The 2004-05 lockout I believe really effected those early days of the Minnesota Wild.  Their first two seasons were all about creating their spot in the league.  Finding a way to be competitive on a nightly basis.  Solidifying the fan base. Then came the Cinderella season of 2002-03.  Now considering the team’s roster, the 2003-04 season was bound to be letdown.  Now, it wasn’t completely horrible, but it wasn’t as fun as the season before.  So just when you thought that the 2004-05 season would be all about building for the future, it ended up being a lost season of team development.  Any cheap free agents that then General Manager Doug Risebrough would have considered now would most likely be put aside, because they were going to be older than they already were.

And then there were draft picks.  In the 2004 NHL Entry Draft, the Wild picked A.J. Thelen.  Now most smart fans realized this was a poor pick, but losing a season right after you drafted probably effected any chance Thelen had, but then it was a pretty weak draft. Out of the first round, all but two players (and one of those two was Thelen) played in the NHL.  And an interesting side note, is that two players after Thelen was Devan Dubnyk.  Oh and then to add a bit of insult to injury, one of our two seventh round pick, was Anton Khudobin, a goaltender that has had a decent NHL career.  A goaltender that this team gave up too early on and traded for essentially nothing to Boston. Imagine how nice it would have been to have Khudobin in the lineup when suddenly we had no goaltender because Josh Harding was battling MS, Darcy Kuemper was unreliable, and of course an aging Niklas Backstrom.  See, this is the kind of mess a lockout can create.

When it comes to CBA negotiations the two parties are looking for the same thing, more money.  Of course they have clearly differing opinions on how that money needs to be split.  Teams like the Minnesota Wild who find themselves in a salary cap crunch will definitely be looking for ways to ease that crunch.  Yet, it was a crunch they made for themselves.  Yes, it was fun that the Minnesota Wild of all teams in the NHL was able to land both Zach Parise and Ryan Suter when teams like the Detroit Red thought they were going to be the ones winning the free agency lottery.  While it was fun, it has definitely created a salary cap nightmare.  Then you combine those salaries with the additional (ridiculous) one of Mikko Koivu, it makes it that much harder to find the money for younger players this team actually develops. That salary cap mess is what saw Marco Scandella shuttled off to Buffalo and Christian Folin was allowed to walk to Los Angeles.  Then you add the expansion draft, which found players like Alex Tuch traded to Las Vegas in order to protect our defenseman and then the Golden Knights selected Erik Haula in the draft.

Sadly, I don’t think anything will improve in the next set of negotiations.  Things are going to get uglier and more expensive, and you and I will be left with nothing but even more expensive tickets for whenever the game resumes.

The Wild lost to the Canucks last week and felt the sting of rookie phenom Elias Pettersson.  Minnesota would be wise to not give the rookie too much time and space in the offensive zone.  I would expect the Wild will give Devan Dubnyk the start, providing that he’s still not too sore from being ran over by Tom Wilson in Tuesday’s game against the Capitals.  I would expect the Canucks will start Jacob Markstrom in net this evening.

And since we’re having a bit of a way back machine trip combined with a look to the future, it’s time to look to the history the Minnesota Wild have with tonight’s opponent. If you have been with this team from the beginning, you know what games against Vancouver meant.  Of the fans around the league who cried the most that the Wild were killing the game, the Vancouver Canucks were probably the loudest (with Colorado fans a close second). It was that glorious Cinderella season though that made their crying the loudest (from both Vancouver and Colorado).  If you read my tribute to the old wild.com message boards earlier this season, you will remember some of the stories that I shared. The best illustration of those interactions with Canucks fans came at the hand of one our fellow posters and his beautiful memes-before-they-were-known-as-memes.  He made some absolute hilarious images that roasted the Canucks fans who came to try and trash talk us. In those early days, one of the players that Wild fans loved to hate was Todd Bertuzzi. During that amazing 2002-03 season, Bertuzzi was a player that you felt like was everywhere. You definitely had to keep your head on a swivel, because with his size, you needed to be ready for any hit coming your way.  With that in mind and our overall trip down memory lane, I’m closing out today’s preview with another classic video from the past.  Please don’t hate me (too much).