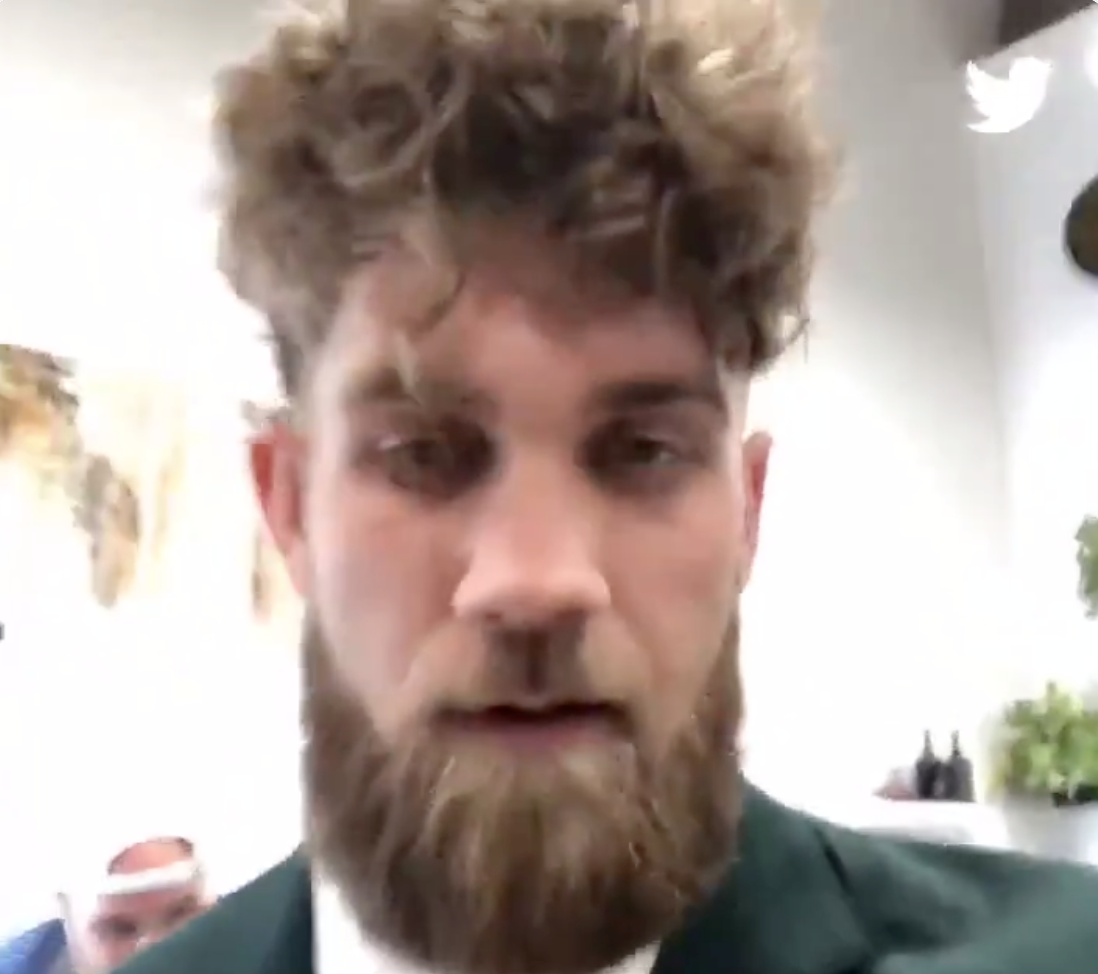 Bryce Harper is preparing for a massive payday, as he soon could be the recipient of the biggest contract in MLB history.

Harper recently played out a one-year deal with the Nationals, and he had to sit and watch as his team failed to qualify for the playoffs, while he wasn’t in the mix for the MVP voting, either.

He’s not preparing to test the free-agent market, with a number of teams — Phillies, Giants, Cubs among them — vying for his services. The Phillies seem to be the most likely landing spot, although a lot can change in the coming weeks.

For now, Harper is letting it all play out, and he’s also sporting a new hairdo. Check out this perm with a fade that he got from Blind Barber.

Hey guys, I'm getting a cut at @BlindBarber right now so tweet me some questions using #AskBryce !

Harper now looks like a shaggy dog, but whatever works for him.