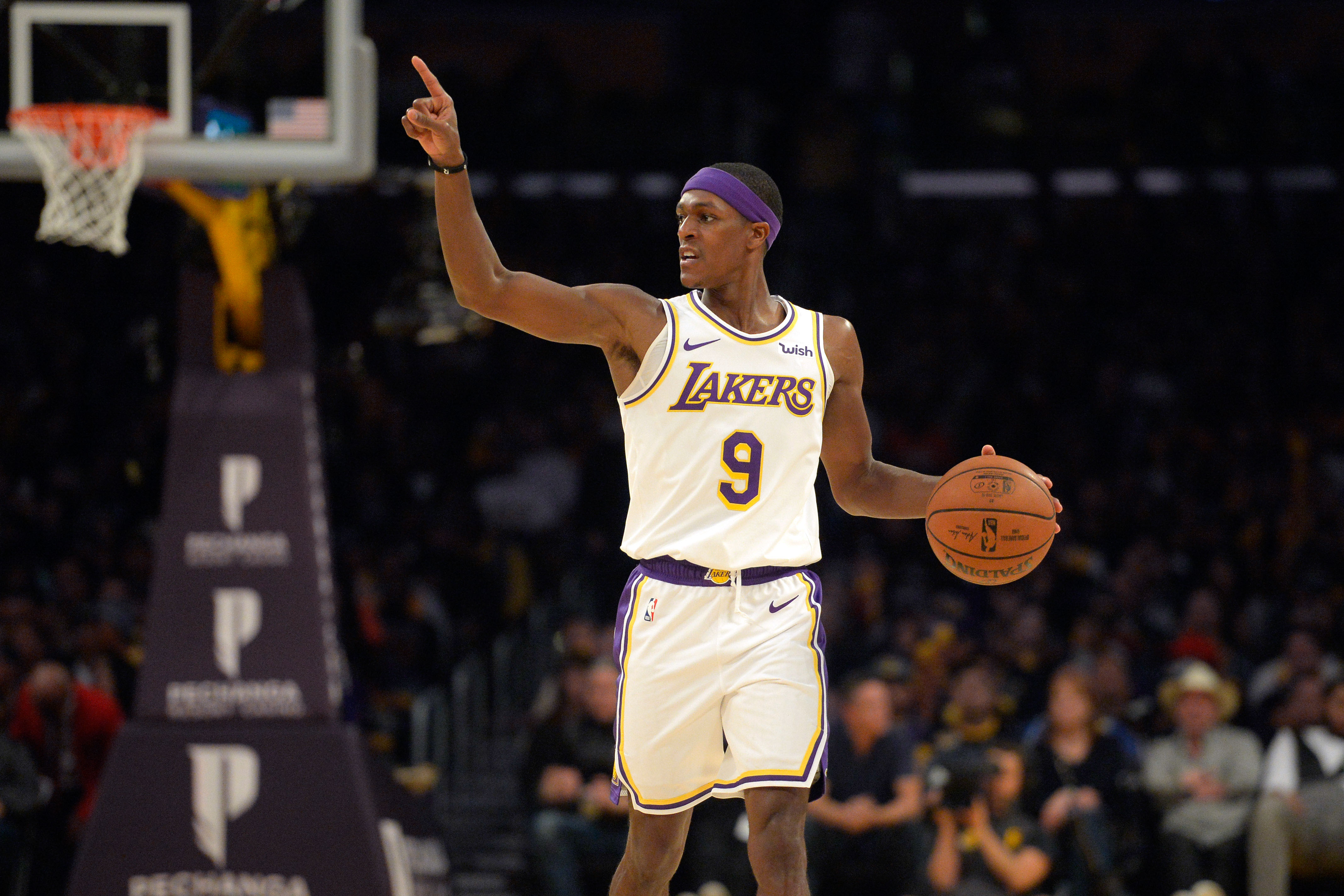 The Los Angeles Lakers grabbed their fourth straight win on Wednesday night after an impressive outing by LeBron James led them over the Portland Trail Blazers.

However, it came at a cost with former All-Star point guard Rajon Rondo suffering a fractured right hand that will require surgery and keep him out of the lineup for the next three-to-five weeks, according to Adrian Wojnarowski of ESPN.

Rondo had suffered the injury after he had slammed his hand on the floor when he attempted a steal on Blazers big man Jusuf Nurkic. He finished the game with 0 points on 0-of-4 shooting from the floor along with three assists, two rebounds, and two steals in 16 minutes played.

The loss of Rondo is a significant blow to the backcourt for the Lakers as has been one of their primary ball handlers. He has also been one of their vocal leaders alongside LeBron James and Tyson Chandler. This now puts more of the ball-handling responsibility on James and second-year point guard Lonzo Ball for the next couple of weeks while Rondo is on the mend.

The 32-year-old had recently shifted to a role off the bench where he was the primary ball-handler and orchestrator of the offense. In 11 games played, Rondo is averaging 8.5 points on 45.5 percent shooting from the floor and 42.9 percent from beyond the arc along with 6.5 assists, 4.5rebounds, and 1.2 steals in 25.3 minutes per contest. This includes notching three double-doubles while scoring in double figures six times along while reaching 10 or more assists three times so far this season.

This current timetable should allow for Rondo to be back in the fold at some point during the month of December. The Lakers next take the floor on Saturday night on the road against the Orlando Magic in the first of a three-game road trip.